During a dark January morning at seven months pregnant, I suffered a placental abruption.

Laying on the tile floor in a pool of my own blood, death began it’s ascent over me with rolling waves of nausea and lightheadedness working it’s way up from my abdomen.

From my distressed position, I called out to my sleeping family saying, “I’m dying.”

At that moment I was.

What happened next surprised me. Scripture I had read but did not know word-for-word began clearly speaking within me, as if alive, just like Hebrews 4:12 affirms, “For the word of God is living and active and sharper than any two-edged sword.”

As Colossians 1:17 spoke to me, “He is before all things, and in Him all things hold together,” a calming flood of peace replaced the nausea and lightheadedness, chasing away fear and death’s threats.

As it did, my understanding of Jesus’ words, “I am the resurrection and the life; he who believes in Me will live even if he dies” (John 11:25) gained new meaning.

I began discovering anew how His resurrection is at work in my life. 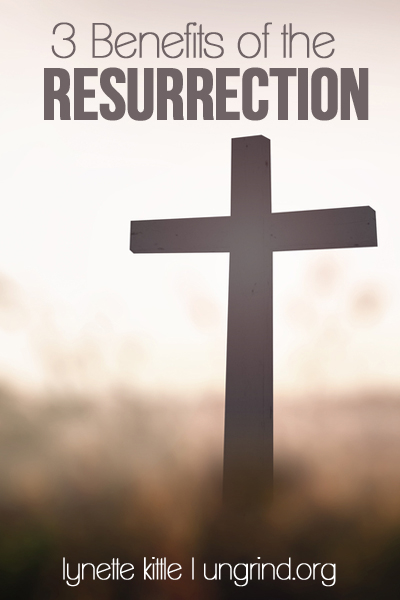 1.Power Over Spiritual and Physical Death

Jesus not only has power over spiritual death but also authority over physical death. Romans 6:9 states, “For we know that since Christ was raised from the dead, he cannot die again; death no longer has mastery over him,” and Romans 14:9 assures us that “Christ died and returned to life so that he might be the Lord of both the dead and the living.”

2. Removes the Sting of Death

Hebrews 2:9 states that Jesus tasted death for everyone. Through His death and resurrection He conquered death’s right to punish and offers us a release from its penalty when we accept His sacrifice on our behalf.

1 Peter 1:3 assures us that God’s “great mercy has caused us to be born again to a living hope through the resurrection of Jesus Christ from the dead.” So although Hebrews 9:27 states that life on earth is temporal and there is an appointed time for each person’s death, 1 Corinthians 15:42-49 describe how the perishable body on earth will be exchanged for an imperishable body because of Jesus’’ resurrection, one free from death, disease, and aging. Like Christ who bore the image of the earthly we will also bear the image of the heavenly.

Jesus’ resurrection became very real to me on a dark January morning, changing my relationship from one where He was a part of my life to being my life.

Like my experience, the resurrection brings benefits to all who believe in Jesus as written in 1 Corinthians 15:21-22, “For as in Adam all die, so also in Christ all will be made alive.”

Be Ready in Season and Out of Season

Grace with Skin On 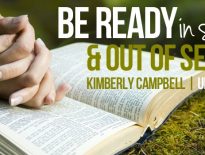 Articles Be Ready in Season and Out of Season 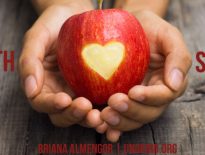 Articles Grace with Skin On