I grew up fixated on performance.

Self-adhesive, gold stars made my world spin. I was absorbed with Field Day ribbons, cardstock certificates, and don’t even get me started on the Presidential Physical Fitness Award. The Fitness Award came with a pin, and I would do push-ups until my arms detached from my body if it meant I earned a fake gold pin.

I believed people who were strong demonstrated strength by earning and doing. As years passed, my ideas about performance intensified, and I gobbled up good grades and scholarships. I believed that’s what God wanted.

Then some years into adulthood, I had a phone conversation with a friend. I was asking her about goals she was working on and dreams she held.

“But if you could really do anything, what would you do?” I pushed. “Dream big!”

Instead of rattling off a long list of lofty aspirations, I was met with silence.

My fist thought: poor little friend without any ambition. My second thought: get this girl an inspirational book or a short video with some well-placed music. We need to mine out her dreams and give her a big push. 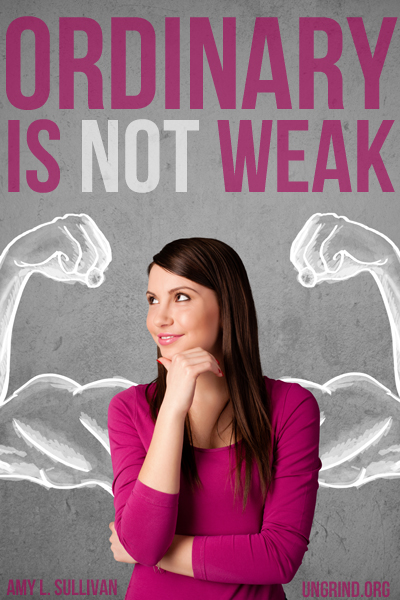 Often I miss the idea that strength is shown by loving God and loving others in our everyday, 9-5 lives. I dismiss the strength it takes to live a life of obedience. I ignore the fact that Gospel-centered living may look average. A life for God may not be met with flashy lights. I get stuck on messages that have grown within me, ideas society shouts at me, and my own big plans.

These are myths about strength. They are falsehoods I need to remind myself. Who knows, maybe you need reminding too.

Do you remember Derek Redmond? He was an athlete at the 1992 Olympics. Redmond tore his hamstring in the semi-finals, and when he could no longer run, his father sprinted out from the crowd and cheered his son along the final lap. Redmond finished last, but there wasn’t a person in the crowd who could say he lost the race.

It’s easy to forget the people God were people who society viewed as completely average: a fisherman, a tax collector, a young unwed girl, and a shepherd. These people didn’t achieve great things. Instead, they showed strength by obedience.

Today I know gold stars lose their stick and Field Day ribbons end up at the bottom of a box. I realize fake gold rubs away and cardstock awards crumple. But more importantly, I understand my only real strength comes from God; no doing or earning required.

Amy L. Sullivan is the author of the picture book series Gutsy Girls: Strong Christian Women Who Impacted the World and the nonfiction, parenting book When More is Not Enough. Connect with her at AmyLSullivan.com.


Spread the love
Related Topics:featured
Up Next

by Guest time to read: 3 min 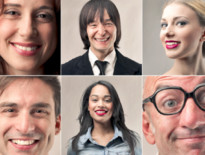 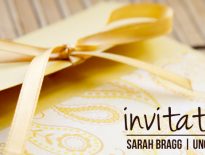