The series Once Upon A Time (OUAT) is not one I’d usually choose to watch, with it’s too much cleavage and magic at times. However, I’ve been surprised by some interesting lessons running through it.

If you’re not familiar with the show … well, it’s a fairy tale land, filled with magic and characters from stories we’ve all heard growing up. Yet, unlike the “they lived happily ever after” story line, the series starts out with the characters being under the Evil Queen’s curse in an odd little town, Storybrooke, walking around with no real memories, hope, or knowledge of who they were really created to be.

Interestingly enough, the creators of the show say it’s a story about hope and something I’ve been seeing throughout it, too. Here are five life lessons I’ve noticed in OUAT.

1. Individuals under a curse do not understand their true identity.

Genesis 3:17-19 tells us that when sin entered the world, all of mankind came under a curse. And with this curse, came a loss of knowing who God created each of us to be. Watching the series, I see the correlation. Just like life in Storybrooke, until the curse is broken in my life, my true purpose and who God created me to be, is veiled. The curse hides my true identity, heritage, and inheritance.

2. True love has provided a Savior to free me from the curse.

In OUAT, only the Savior (Emma in the story line, daughter of true love between Prince Charming and Snow White) can end the curse. Again, sounds familiar, doesn’t it? Jesus is the offspring of true love (God is Love) and the only way for me to be freed from the curse is through the work of Jesus as stated in Galatians 3:13, “Christ hath redeemed us from the curse of the law, being made a curse for us.” 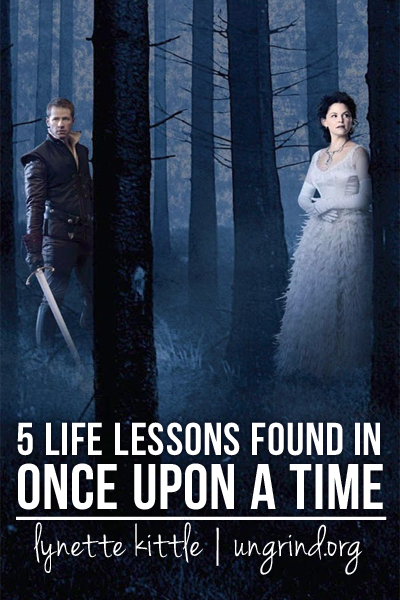 OUAT portrays evil as wicked. Although hard to watch at times, giving visual context to the sayings “she ripped his heart out,” and “she’s heartless,” I’m glad the show doesn’t sugarcoat evil. Showing the life-taking destructive effects of evil is better than the danger of not understanding its results. Without understanding the malevolence of it, people can be unaware and overtaken by it, even turning on the One who truly loves them, pointing fingers and blaming Him for evil in the world instead of recognizing its nefarious source. Isaiah 5:20 warns us, “woe to those who call evil good and good evil,” so it’s critical to know the difference. And Thessalonians 5:22 encourages us to “stay away from every kind of evil.”

4. There is hope for even the most evil of individuals.

During the four seasons already aired, there is a transformation of some of the most horrible characters. Although there are changes that don’t seem to stick, with the Evil Queen viewers begin to see that for even the nastiest, there is still hope for redemption. The Apostle Paul writes in 1 Timothy 1:15, “Christ Jesus came into the world to save sinners, of whom I am the worst.” And isn’t this the message of the cross, that there is hope for even the worst of sinners?

There is a theme throughout the series that “good overcomes evil” like written in Romans 12:21, where we are encouraged to not be overcome by evil but overcome evil with good. This thread relates “light” to good and “darkness” to evil, a clear reminder of Jesus who said in John 8:12, “I am the Light of the world. He who follows Me shall not walk in the darkness but shall have the light of life.”

Although Once Upon A Time isn’t a show for everyone, for those who do watch, having a solid biblical foundation is beneficial in distinguishing good from evil in its story line, and for recognizing light from the darkness.

5 Life Lessons Found in “Once Upon A Time” 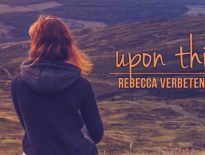 Articles Upon This Rock