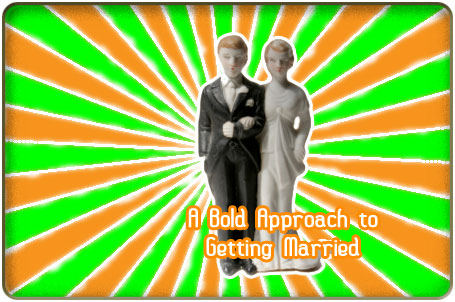 For Sharon, the start of a new year was the beginning of a new way of thinking about being single. Instead of looking out with dread over a dateless landscape, she decided to approach 2006 differently. Her boldness made all the difference.

I met Sharon at a Bible study where the topics of marriage and motherhood came up often. In our group of 13, four of the women were never married. Sharon was one of them. In her mid twenties, she was still younger than the average age of first marriages, but she knew from her many still-single friends who were 30 and beyond that it was never too soon for a woman to be intentional.

"I remember in Bible study how you were talking one day about praying boldly," Sharon said. "I was already praying for myself and my single friends. When I thought of it, I prayed for them. But talking to you helped me get serious about things."

Not everyone was enthusiastic. Some of her friends had to pray about praying before they agreed. To them it was such a bold, untried approached that they worried about putting God on their timetable or demanding something of Him. Others knew He was capable but wondered if He’d do it for them. Still Sharon went forward. "God put the idea on my heart and I was eager to follow through. James says, ‘we do not have because we do not ask,’ and I realized I didn’t want to be single simply because I wasn’t asking God for a husband."

By February she had emailed out the official prayer list to the girls and except for one who declined the invitation to join, they were praying.

"Never had I heard of 30 women joining together like this to share their prayers, fears, challenges and joys as they went on dates, had failed relationships, etc.," Sharon recalls.

Isn’t it dangerous to pray with such fervor? What if God doesn’t answer with a husband after all? Won’t it damage the faith of the pray-er? Those are the kind of questions I often hear from readers of Boundless, singles who wonder if it’s OK to pray with insistence, intensity, and passion for a husband. It’s like Sharon’s friend who wasn’t sure it was OK to spend a year praying for a husband for herself and her 30 single friends. She needed to pray about whether it was OK to pray about that. But that’s exactly the kind of praying Jesus told us to practice. (Think Bartimaeus and the Persistent Widow in Luke 18.)

I believe it’s worth the risk of disappointment to pray boldly. For all the damage done by two generations of feminist activism, think of the positive change that could come if a generation of women prayed faithfully for Godly marriages. When you pray, it changes you, transforming your character and making it possible to live daily like you’re planning to marry. But beyond that, such prayer can transform a whole community: families, churches, small groups, college campuses, workplaces, wherever the faithfully praying women spend their time. Imagine in the midst of our postmarriage culture, small counter-cultures springing up where marriage is honored, men are respectfully motivated, women are cherished, mentors are working on your behalf, purity is esteemed; in short, where everyone is striving for the set-apart life Paul described in 1 Thessalonians 3:11–4:8.

Bold prayer works. Just ask Sharon. By the time you read this article, she’ll be on her honeymoon.

Candice Watters is the author of the book, Get
Married: What Women Can Do to Help It Happen. For more information, visit the online community for the book, Women Praying Boldly.


Adapted from Get Married: What Women Can Do to Help It Happen, Moody Publishers, Copyright © 2008 Candice Watters. All rights reserved. International copyright secured.


Spread the love
Related Topics:Candice Watters
Up Next

Review of Get Married: What Women Can Do to Help it Happen

Before Candice met and married Steve Watters a month before turning 27, she worried that marriage might never happen for her. Back then there was no such thing as online dating. Now meeting someone online is among the top ways singles meet. Hoping to help other Christian singles in this often murky environment find their way to fruitful marriages, Steve co-founded MarryWell.org. Steve and Candice are the co-creators of boundless.org, a webzine of Focus on the Family. She is the author of Get Married: What Women Can Do to Help It Happen and co-author with Steve of Start Your Family: Inspiration for Having Babies. Steve and Candice blog occasionally at FamilyMaking.com about the link between family formation and spiritual formation -- drawing on 14 years of marriage and their experiences parenting four children.

A Bold Approach to Getting Married 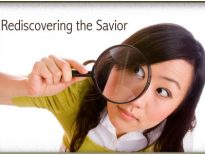 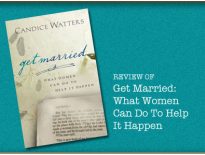 Articles Review of Get Married: What Women Can Do to Help i…