Every January I put on my list of New Year Resolutions: memorize Scripture. And every year I fail.

I always attempt it; don’t get me wrong. I’d start memorizing a verse or two from a passage that caught my eye. But then the index card would get lost. I’d find it some months later in the bottom of console of my car.

Oh, that’s where that went. I should get back to working on it, I’d muse, holding a crumpled and stained 3×5 card. But by then I’d forgotten what I’d already memorized. Frustrated and unmotivated, the thought of memorizing Scripture would fade away.

And then I’d pull out those resolutions in January and be reminded again. Memorize Scripture. Right.

I thought of memorizing Scripture like taking a vitamin. Surely it would be good for me! I hadn’t clarified in my mind how it would be beneficial to me, but it had to be.

Then, I started having kids. I was too busy to memorize Scripture now! My days were full and I barely had time to spend time with the Lord reading my Bible, let alone memorizing it! I could be let off of the hook, guilt free.

Then I heard a series on the radio program, Revive Our Hearts, that stripped all my excuses away.

I remember listening to writer and speaker Janet Pope share how she started memorizing Scripture when she had small children.

And that was why I wasn’t motivated to memorize. I just wanted to pop a vitamin; a supplement to my spiritual disciplines. I wasn’t really hungry.

It Starts with a Hunger

Food is a common metaphor to describe God’s Word in the Bible. Jeremiah 15:16 says, “Your words were found, and I ate them, and your words became to me a joy and the delight of my heart, for I am called by your name, O LORD, God of hosts.”

David says in Psalm 119:103, “How sweet are your words to my taste, sweeter than honey to my mouth!”

Jesus, the Word made flesh, said of Himself, “I am the bread of life; whoever comes to me shall not hunger, and whoever believes in me shall never thirst” (John 6:35).

God’s Word is described as food because it’s supposed to be my sustenance. I need it the way my body needs breakfast in the morning to fortify me for the work of the day. And it was my sustenance, to a certain extent. I looked forward to my time alone with the Lord each morning. I needed it. But how could I carry God’s Word with me through the day to give me strength and wisdom?

There was only one way. Memorize.

At last, I felt the need to memorize God’s Word. Not as a duty or spiritual discipline or a resolution to check off, but something I needed in my life. And that need intensified as I began the memorizing process. The more I memorized, the more I wanted to!

I started with Psalm 1 and wrote it onto a 3×5 ruled index card that was on a spiral ring. I put my cards on the counter in the kitchen when I was home. I carried them in my tote and put them in my car when I was driving. Psalm 1 was the perfect chapter to start with because it talks about the importance of God’s Word and the benefits of following God’s law.

Now, when I long to pray but don’t know the words to say, God’s own Words come to mind. When my kids are scared of the dark I can encourage them to “Fear not, for I am with you” (Isaiah 43:5a).

But the best benefit of all has simply been getting to knowing God better.

Ever wonder how God intends for us to get to know Him? Janet Pope writes in her book, His Word in My Heart: Memorizing Scripture for a Closer Walk with God, “The answer is that He gave us His written Word. This was His plan. The Holy Scriptures are God’s complete revealed message to His beloved children. He gave us the Bible so that we could know Him.” And as I spent more time speaking God’s words to myself, God himself became more precious to me.

But despite the growth there are times I still have to fight to memorize.

I had high hopes to memorize the book of Colossians but struggled with committing Paul’s theological arguments to memory. Although I fought through until I had Colossians 1 down, I then turned back to another Psalm so I wouldn’t grow discouraged. I’m currently working on finishing up Psalm 103.

In the past year I’ll have memorized Psalm 1, Psalm 103, and Colossians 1. Not much in comparison to those who memorize a verse a day. But considerably more than I ever memorized any other year.

But now I know it’s worth the fight because I’ve tasted the sweetness of communing with God on a deeper level. Of making His words mine. Of praying His words when I need them and don’t have the time to fumble through my Bible to try to find that verse I was thinking of.

This month, I’ll pull up that New Year’s Resolution list again and I’ll finally be able to check off the “memorize Scripture” line. But I hope it will be more than a checkmark. I hope it will mark a new lifestyle for me. That I’ll no longer need to make “memorize Scripture” a line on a list of resolutions because it’ll be so ingrained into my life that it’ll be just like eating when I’m hungry.

Grace for the Good Girl: A Review

A Different Kind of Hungry 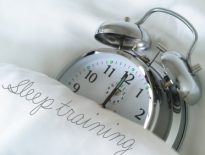 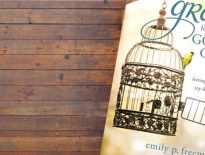 Articles Grace for the Good Girl: A Review