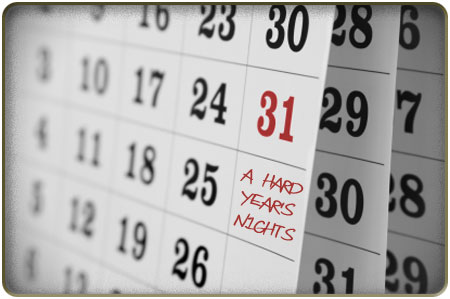 It all started when both my sister-in-law and my husband’s grandmother got themselves hospitalized for serious illnesses in the same week. Just when they both were healthy enough to go home, my husband found out that the six months left on his contract marked the end of his time at a company we both cared about deeply. Then when our daughter was born, I suffered from post-partum anxiety, the baby ended up back in the hospital, and we decided that the personality difficulties in my workplace made it intolerable enough for me to leave my job, too. On our way to Colorado to move in with family and start over, someone stole one of our cars from a hotel parking lot in Las Vegas.

That’s the last 15 months in a nutshell. I don’t share them to highlight our difficulties. After all, so many have suffered so much over the last few years. I’m sure this is true of any few years, though the details of the economic season we’re currently in have meant that so many people I know are going through a difficult time right now.

No, I don’t share because I want pity, but because I want to say this: in all of our struggles, disappointments, failures, and losses, I’m learning how to endure. It’s not something I excel at. I have days that might cause someone looking in from the outside to wonder at my overall sanity, but I’ve come a long way. Here are some of the things that have worked for me. For those who are also in a hard season, my prayer is that these words will offer aid and respite as the journey continues.

Anytime things are hard, there’s cognitive, emotional, and spiritual processing that needs to be done. I know that I need to grieve my losses, whether I lose job, an income, a person, someone’s health, or something harder to pin down. And grieving takes space.

The last thing I wanted to do when I found out my husband’s company wouldn’t renew his contract was to think about that, to ponder it, and to let out the feelings that came up. In fact, my deepest desire was to run and hide, to cover my grief in the preparations for Christmas and then for our baby. But my deepest need was to grieve.

I went on maternity leave 10 days after we got the news and my life slowed down. Those days felt almost like coming to a screeching standstill after months of cruising down the freeway going 80, but it was exactly what I needed.

Over the several weeks before my daughter was born, I journaled and read and cried. I talked to dear friends, who asked good questions and listened to the answers and helped me figure out where I was at. I took long walks, where I could start to put our future into a new perspective.

As the losses have mounted this year, I’ve continued to take time away. Stepping out of life can feel impossible, especially when circumstances are stressful and taking time out means doing more in less time later. Even little bits of space have helped me grieve what we’ve lost, though. When I’m not carrying those emotions everywhere I go, I can keep going because I don’t bear so heavy a load.

Life is stressful, and going through a difficult time is especially so. When I’m stressed, I can’t do as much. I can’t take on as much, I can’t get out of the house as much, and I don’t even have as much space in my soul to listen to others and hold them in their own difficulties.

As someone who loves doing things, who likes to leave home at least once a day, and who carries a deep value for close relationships and helping friends in need, these limits are hard. But when I fight them, I only create more stress for myself in a time when I especially need to curtail that as much as possible.

Accepting my own limits is easier to talk about than it is to do, though. It’s hard for me to turn down a chance to help someone out, to spend time with a friend, or to stay away from people who are going to ask things from me emotionally that I don’t have to give right now. It hurts, it feels like failure, and I wish it was different.

Wishing does not make something so, though. When I close my eyes and gain a larger perspective on the situation, I think about how long we’ve endured and all the different surprises that have popped up on the way, and my limits make sense. I’m not functioning at an optimal capacity. That’s OK, it’s normal, and there’s nothing wrong with me.

When I can accept this, I can live in the truth of my current situation, and then it’s easier to endure because I’m not constantly straining to tell a different story than the one that’s actually happening. I continue to pray that things don’t go on like this forever, but for now, I can’t do as much as I’d like.

Carl Jung said, “Bidden or unbidden, God is there.” And He’s there whether it feels like He is or not. Even in the places that hurt, in the losses, and the uncertainty and the future that feels like maybe it doesn’t really exist, He is there. When I find Him, I find peace and rest and refreshment.

After the initial elation when we decided I would leave my job, I felt empty, scared, and abandoned. I wondered how God could do this to us, how He could take away the job my husband liked, and let mine become so difficult that I didn’t feel like I could both take proper care of myself and continue working there. Didn’t He know we had a baby — a baby who needs health insurance and a stable home? What was He thinking? Maybe He wasn’t thinking, at least not about us. In my pain and fear, I lost sight not only of God’s goodness but of His very presence in our struggle.

Yet He kept popping up in the strangest places. I saw Him in my daughter’s smile and my husband’s confidence about the future. I saw Him in the new friends he brought into our lives even as we were leaving, and in some serendipitous timing. Even when He didn’t seem present in the place where I wanted Him most, I knew He still hung around.

Seeing God in those little ways gave me the strength to keep walking, to keep putting foot in front of foot as I searched for Him. If He wasn’t gone entirely, then I knew He’d show His face in our vocational situation eventually. Even the littlest snippets of Him and His grace gave me what I needed to keep moving forward.

It’s been a hard year, but it’s also been a good one. While I pray that 2011 is gentler than 2010, I wouldn’t be the person I am today without 2010’s difficult times. Last year, I learned about joy in the midst of hardship and what it means to endure. Circumstances still aren’t easy, but continuing to move forward with faith and hope in the midst of them keeps getting easier. May those who struggle also find the strength to carry on, no matter the particulars of their situations.

email
Related Topics:Sarah Winfrey
Up Next 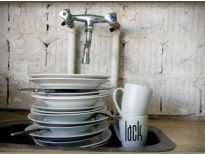 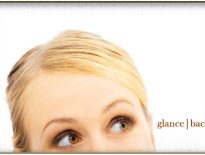