I smiled lamely at the cashier as my two-year old kicked and screamed at the counter of a 120,000 square foot megaplex of a store. Why? Because I’d required her to ask politely for the treat I was in the process of buying. Apparently, the treat, a moon pie to be exact, was worth a grandiose display of her will.

Ever had a moon pie? Two round graham cracker cookies with marshmallow filling in the center dipped in chocolate, banana, or vanilla make for an airy, delectable treat. My mom introduced us to this gooey awesomeness along with her fond memories of eating them in my grandfather’s country grocery store in Crockett, Virginia.

The cashier obviously didn’t share our love for moon pies or for children either. She disdainfully grunted, “I guess school’s out now, huh?”

I didn’t tell her my kids were homeschooled. Or that we were headed to a field trip. Or that two-year olds don’t generally go to school that early.

“Two is a hard age,” I sighed and prayed the credit card machine would kick into high gear before my daughter did. Too late. She did first. I’m sure the employees felt the air of stroller wheels whirring at top speed as soon as those moon pies were bagged.

My daughter continued her tirade and mercilessly subjected us all to it in the van, but I wasn’t about to give in until she’d complied. So every five minutes or so I gripped the steering wheel and repeated, “Are you ready to ask mommy nicely for the moon pie?”

She pouted and shook her head. 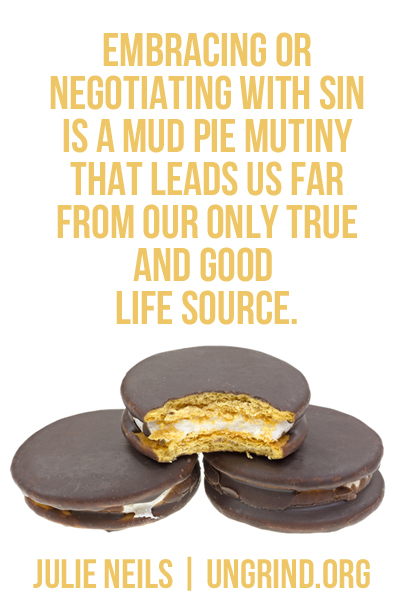 While she sulked, I took the opportunity to illustrate a spiritual object lesson to my older children, “Kids, this is what is known as rebellion. We do this with God. We tell Him, ‘I don’t need You. I can get what I want and do it on my own.'” They nodded their heads in agreement with my Sunday Schoolesque analogy.

This is the real stuff of life and the moon pie is never the issue.

Recently, a friend asked my opinion about confronting a mutual friend of ours who had fallen into sexual sin. I advised my friend to step beyond the specific sin label to the root lying beneath. At the core, our friend’s real issue is an unwillingness to agree with and surrender to the Word of God. The Great Lie in the Garden of Eden strikes at us all, “I don’t need you God. I can get what I want and I can do it on my own.” Whether subversively fed in the world of Christian ministry or overtly brandished in the pursuit of “secular” self, pride destroys from within and rebellion is no respecter of labels.

C.S. Lewis says it best, “Fallen man is not simply an imperfect creature who needs improvement; he is a rebel who must lay down his arms.”

Back to my sulking two-year old. After I’d waxed eloquent about the Garden of Eden and the roots of rebellion, the Lord dug deeper and nudged me to lay down my arms on the threshold of truth. He showed me I often sin by soft pedaling and negotiating its terms. I say, “God, I’m struggling with gossip.” He gently says, “No, child, you’re struggling with hatred.” I say, “I’m dealing with jealousy again.” He says, “Pride rises from your flesh to destroy.” I say, “God, I’m so frustrated with so and so.” He calls me on the carpet, “Your unrighteous anger and unforgiveness are eating you alive, but I love you and can breathe light into these dark places.”

I am the rebel who must lay down my arms. Embracing or negotiating with sin is a moon pie mutiny that leads us far from our only true and good life source. God waits patiently while we scream at the counter, pout in the back of the car, shut our eyes to His presence and tearfully surrender.

But oh the joy at the end. Truth. Life. Peace. Union.

So my two-year old finally gave in. After an hour. I must say no moon pie in the world is worth that.

5 Ways to Provide A Christ-Centered Summer for Your Kids

Changing the Lens With Your Special Needs Child 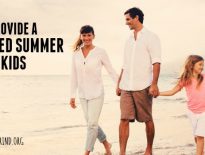 Articles 5 Ways to Provide A Christ-Centered Summer for You… 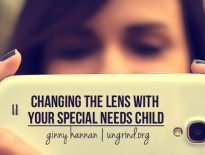 Articles Changing the Lens With Your Special Needs Child