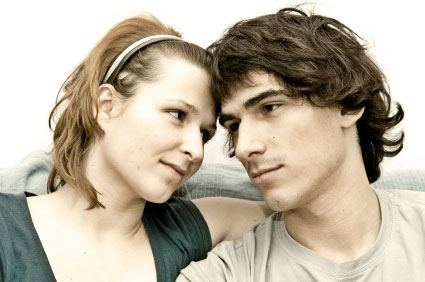 The words came from my son’s pediatrician a few weeks after my 7-month-old had been hospitalized for Infantile Spasm Syndrome (ISS), a rare form of childhood epilepsy.

Born in December, Josiah, our first child, began exhibiting some unusual symptoms in early July. He was lethargic, would drop his head suddenly during feedings, and rolled his eyes to the top of his head several times in a row.

I called the pediatrician and was told that babies do a variety of “new” things at this age and that I shouldn’t be too concerned. But by the third week of July, he was stiffening his limbs while rolling up his eyes and we were convinced he was having seizures. On a Saturday morning, we took him to the emergency room.

Infantile Spasm is just rare enough that many pediatricians have never seen a case of it, which is why ours didn’t catch it. But when Josiah was diagnosed by a neurologist at the hospital, we learned that catching ISS at its onset is crucial to treatment and recovery. Even then, treating ISS can be tricky and a percentage of children don’t respond.

Our first night in the hospital, I looked up Infantile Spasm Syndrome on the Internet. What I read was terrifying. I learned that uncontrolled, ISS causes mental retardation. By the time spasms fade away on their own around 2 or 4 years old, it is too late for the child to regain the development that has been lost. In some worst-case scenarios I found on forums, parents were caring for teenagers who had only developed to a 3-month level. I quickly realized why ISS is considered a catastrophic form of childhood epilepsy.

Just a month earlier, Josiah had been a happy, active infant, passing his 6-month check-up with flying colors. But by the time he left the hospital, he had the motor skills of a baby half his age. I was terrified. We started him on high doses of steroids — the treatment with the best prognosis. If it worked, it was possible Josiah would have a full developmental recovery.

We hoped and prayed that we hadn’t caught it too late. When you’re a parent, an 80 percent success rate isn’t good enough. What if it doesn’t work? That question shot fear through my entire being.

My husband and I share a strong faith, but these are the situations where you’re forced to grapple with what you really believe. Both Kevin and I struggled with the sadness of what was happening to our baby. We understood that bad things happen to people — and sweet babies — who don’t seem to deserve them. We also had no reason to question God’s goodness or faithfulness.

The seizures stopped, but Josiah seemed to regress even more as the steroids took their toll. And an EEG a week after we left the hospital showed that Josiah was still experiencing abnormal electrical charges in his brain. This wasn’t what the neurologist had hoped to see; he wasn’t certain the treatment was working.

“We’ll just have to wait and see,” he said. I left that appointment very discouraged as thoughts of the worst-case scenario consumed my mind.

A week later, I found myself in the pediatrician’s office overwhelmed and tearful.

“Don’t give up hope,” she said, touching my arm gently.

I felt foolish that someone I barely knew had to tell me this. But I realized the words were really from my heavenly Father who loved me deeply and cared for Josiah. I was choosing to allow fear to rule my mind rather than hoping in the promises of a powerful God.

Many nights I woke up with bad dreams about dark, creepy beings flying around my baby’s crib. I would hurry into his room and pray God’s protection and healing over my son.

I began to meditate on the truths God offered me in His Word: “Josiah is fearfully and wonderfully made;” “I have a plan for him;” “I love the little children.” These simple truths reminded me that God was at work, even when I couldn’t see what He was doing.

During the following months, I had to trust in God’s care many times when I couldn’t see evidence of healing. As Josiah gained 14 pounds from the steroids and suffered from high blood pressure that caused an array of nasty symptoms, I had to stand firm in God’s promise that He knew what was going on and was an ever-present help.

The Lord faithfully encouraged my husband and me during that time. Once someone anonymously paid for our dinner in a restaurant. A friend told me of a dream she had, in which Josiah was healed. Another friend paid for my mom to fly out and spend a week with us. God generously gave us every grace and strength that we needed through the kindnesses of others and the comfort of His own true Word.

And slowly things began to get better.

Once Josiah was off the steroids, his high blood pressure and other symptoms began to lessen. We started to see some development happen as he relearned to roll over and mastered sitting up by himself.

We’re coming up on one year since Josiah’s diagnosis. He remains developmentally delayed but continues to catch up with the help of therapy. The neurologist has warned us that there may be more seizures and other cognitive problems ahead of us, but we are thanking God for the miracles He’s already accomplished in Josiah.

Josiah’s name means “Jehovah heals.” And during this past year the Lord has bestowed His healing touch on every member of our family. I’ve seen a side of my faithful Father I would not have known apart from tragedy. I praise God for healing Josiah but even more for being my sure hope during a dark time.


Spread the love
Related Topics:Suzanne Hadley
Up Next 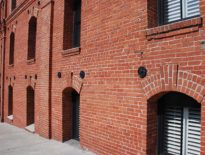 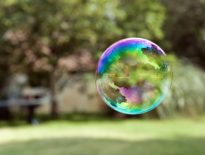