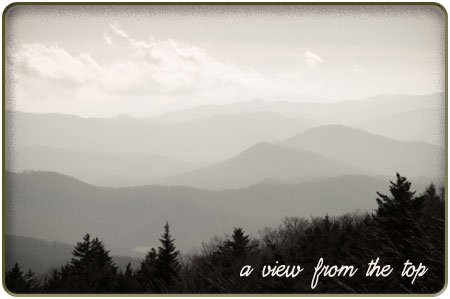 I don’t want to admit it. I may even regret writing it. But, here it is: I’m a worrier.

It all started just as an annoying itch as a college student when I had percolating thoughts of my future. But now it’s grown into a silent mountain of fears that simultaneously yell, “What if?” This worry started panging my soul as a young adult when I was in new places, at new jobs, and every time I looked at my bank account balance. The mountain doubled in size when a new little soul came into my care in 2007. She was cute, she was vulnerable, but what was most concerning about her is that she called me “Mommy.”

Worry may have been annoying, but the feeling of love just felt clumsy after becoming a mother. Moments before I fell asleep at night were now full of apprehension about my parenting. Headlines told me that the world was becoming more and more dangerous. School districts began scoffing at my expectations. And everything I did was questioned by myself 2.6 seconds afterward. I was praying frequently for peace and direction, but the worrying was exhausting in so many ways—mentally, physically, and emotionally. I found myself whispering pleading prayers to God daily that consisted of few words, but were heavy with meaning—prayers like, “Please. Help. Me.”

Months passed and I finally felt a little more confident in my parenting. Worry’s volume was shushed for now, and I began to plan my child’s first birthday. I tried to tone down the elaborate plans, but I couldn’t help it. We had all made it through this first year. So, a theme was chosen. The guest list was made, revised, and expanded. To-do lists were drawn up. But in all of the plans, there was something missing.

The missing piece was something that had been developing in both my husband’s mind and mine for months. We had not yet dedicated our daughter to God. My husband is a pastor, and it would not have been difficult to choose a time and a place to celebrate this event. But, in truth, I knew that dedicating her was more than merely standing in front of the Body of Christ, or going through the motions of baptizing her into a family of believers. For both of us, it was a big decision. And as her mama, I just wasn’t ready to let go of her.

During those months before her birthday, I spent my few quiet moments in a rocking chair on my front porch. The view from my porch is a gorgeous sprawl of the Appalachian foothills, and although those hills weren’t actually mountains, I felt like my perch there was a mountaintop between God and myself. I prayed, listened, and let my thoughts flow freely there.

When thinking of other mountaintops where my Scriptural heroes had found God as well, Mount Moriah always loomed in my mind. Abraham’s ascent up Mount Moriah to sacrifice Isaac had to be heart-wrenching as a parent. Both grief and trust had to be weighing in his steps up the steep terrain with the wonder of what lay above. When he did reach the top, he may have looked down and been tempted to retreat and keep his son for himself. Instead, he stayed there at the top, trusting, and in God’s mercy, Isaac was not the sacrifice that day. An angel intervened, and a ram was found tangled in thorns that symbolized the later sacrifice of Jesus Christ. God had provided the sacrifice for them, and later, with Christ, did the same for the entire human race.

When putting myself in Abraham’s place, I knew the worry that plagued me as a mother was my own mountain to climb. I wasn’t sure I would react as obediently as Abraham, but I knew I wanted to share his abandoning faith that God would provide. I wanted to trust my daughter’s future to the Lord—even if that meant that He might call her to dangerous places to help others—allow her to walk a difficult journey so that she could find Him, or, in my most feared thoughts as her mother, allow her to be obedient to Him unto death.

Together, my husband and I decided that her first birthday would not only be a joyful celebration of her first year, but also our dedication of her to God amongst our family and friends. This decision of dedication was so much more than allowing her to go on a mission trip or explore God’s plans for her. It was the precursor to all of that in her life; it was the permission slip that we would sign to God that said, “Yes, she is Yours.”

Finally, a few days before the party, we began to write the questions we wanted our friends and family to ask us. We knew that there would not be a perfect moment to place her in God’s hands, but writing down what we knew God wanted from us was the beginning of our ascent up our mountain. And at her birthday party, our human hearts wrestled against our submission with every question asked.

Do you dedicate your home to be this child’s first church, being rooted in the salvation of Jesus Christ with the help of the Holy Spirit?

Do you relinquish your own earthly ambitions for this child and embrace God’s eternal plans and purpose for her?

Will you provide the means and support for this child to fulfill God’s individual calling for her life?

As her parents, do you trust God as a Protector, Overseer, Savior, and Helper in this child’s life?

Next month, my little one will celebrate yet another birthday. Though I’d love to plan a fancy event again, I will probably resort to typical two-year old sophomoric choice of something quieter with matching plates, balloons, and decorations. She will turn a year older, and internally, I will celebrate making it though another year of parenthood. But this time, the celebration in my heart will look much different. It’s no longer about the “what ifs” of next year. It’s the “I do’s” of God’s asking of me this year. My mountains of worry and hope as a mother are not smaller, but they are much easier to climb this time around. My faith is rooted the belief that we can trust Him with our treasures. It’s definitely not easy, but with my remembrance of her dedication, I can trust that He’s waiting at the top of not only my mountains, but also all of hers.

Sacrificial Love in the Making 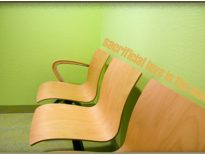 Articles Sacrificial Love in the Making 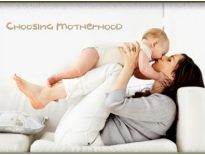