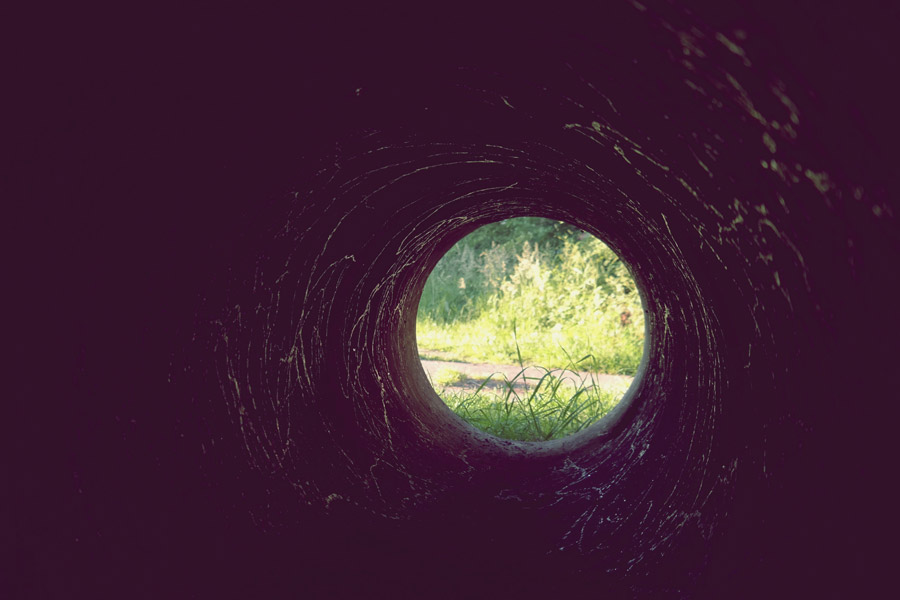 A few months ago, we took several thousand dollars, threw it into the air, and watched as it landed into a cavernous dirt pit that had formed in our front yard. Next, we hired some men with work boots, shovels, and machinery to cover up our cash with loads of new dirt.

Ah, the “Great Sink Hole of 2015.” It left us reeling because it actually involved years of small holes becoming larger ones below the surface of our yard, until one day we had a sinkhole that could not be ignored. Then came estimates, contractors, demolition of our driveway, the digging out of our front yard, machinery, a concrete truck, loads of dirt, and the laying of patches of sod. It felt like tossing lots of our needed dollars into a muddy hole.

It seemed unnecessary and uncomfortable. I preferred to ignore it and keep living. I questioned why God would allow costly sinkhole bills when we already had expensive medical bills.

We were in the middle of a hard season as a family, which involved the transition of two new little souls into our home through adoption, six pediatric surgeries, many hospitals stays, a multitude of medical tests, work stress, and the needs of two other children on shaky ground. It already felt like we were just barely hanging on. And then the hole fell in.

It turns out that when our house was built, the builders threw their construction trash into a hole and then covered it with soil and grass seed. It’s easier that way. And everything seemed fine for a time.

God speaks in creative, yet sometimes uncomfortable ways, and while questioning God for allowing the financial strain, I sensed a lesson.

As we had walked through the beautiful, but messy reconstruction of our family, and the trauma of hospital stays and surgeries, we’d buried away emotions and needs in the name of progress and moving on. It’s easier that way. And everything seemed fine for a time.

But the things we leave behind not dealt with, the trash, needs’ and emotions, will eventually require attention.

Our construction trash was causing the ground to sink in.

And when we stopped to assess the health of our family, we found some “holes” being ignored.

Several of these, if left ignored, could create a hole that our family could collapse into. We’d called the triage and construction behind us. We said we were fine, and attempted to move on. Yet, clearly, some of the shrapnel from our challenging season left wounds that needed attention.

God had whisper shouted an analogy. Address the holes!

Now our sink hole is filled in, and we can drive safely on our driveway and dance carelessly on our grass. We’ve learned that foundation work can be uncomfortable, sometimes costly, and sometimes even requires outside help.

The exterior of our house is repaired and new, but we acknowledge now that the inside of our house is a work in progress. But we are determined to dig in and address the “holes,” even when it would easier not to.

Have you been through a trial, friends? Family been in triage mode? Life been under construction? When the season passes, I urge you to address the “holes” left behind. I think we tend to go through hard times and then underestimate their long term effect on our emotions, relationships and health. We expect full healing too quickly.

If you stood in our front yard now, you’d have no idea of the work that went into it. And if you saw our family out, you’d have no idea how our foundation has been reconstructed. We are stronger now, outside and in. The “Great Sink Hole of 2015” uncovered some wisdom. We see the importance of foundation and no longer underestimate holes. We know that true healing requires great intention, and usually some digging up and purging out.

Sometimes you have to address and patch some holes before you can dance again.

“Therefore everyone who hears these words of Mine and acts on them, may be compared to a wise man who built his house on the rock. And the rain fell, and the floods came, and the winds blew and slammed against that house; and yet it did not fall, for it had been founded on the rock.” Matthew 7:24-25

When You Don’t Feel Grateful as a Mom or Wife

Address the Holes: A Lesson on Healing 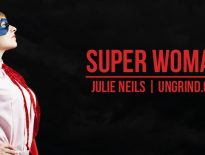 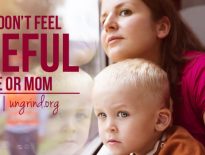