During a memorable cross-country move in our min-van from Central Florida to Southern California with four daughters and a Siamese cat in tow, I followed closely behind my husband driving the move-it-yourself U-Haul truck.

Diligently, we trekked across the Southern U.S.A. from the Gulf of Mexico to the Pacific Ocean. From rousing cheers at finally making it across Texas (876 miles in all), to concerns of overheating through the Southern California desert, we forged ahead in our relocation caravan.

Even in my sleep, the back of the moving truck was literally etched in my mind. Visions of the backlights and truck’s logo were all my closing eyes could see at night.

Like Michael W. Smith’s “I’ll Lead You Home” CD that became forever ingrained in my mind during this move, I’ve been learning that home is not the one house I dreamed of living out my life in but rather the comfort, security, contentment and joy that comes in following God’s leading.

I Shall Not Be Moved!

Tired of the numerous moving around as a pastor’s kid, I dreamed of growing up and living in one house in Ohio for the rest of my life, and never, ever moving.

But marriage to a young man with an adventurous heart, along with his military service, seminary, and pastor positions, changed those plans. From Ohio to Colorado, to North Carolina, to Alaska, Hawaii, California, and so on, moving has become a way of life in our marriage.

Thinking back now, I’m wondering if including Ruth 1:16 in our wedding vows that states, “…for where ever you go, I will go,” may have had something to do with it?

And like the classic 1953 film The Long, Long Trailer starring Lucille Ball and Desi Arnaz, that chronicles newlyweds who buy a trailer and travel across the U.S.A., I can relate!

After 30+ moves in our marriage … I’ve stopped counting.

Obviously, my childhood dream of staying in one location didn’t become a reality. Yet, I’ve come to terms with it, growing with each move in discovering how to enjoy the journey.

Looking throughout scripture, there are numerous illustrations of individuals and nations who weren’t sure about following God’s leading in moving. And their hesitancies to relocate seem to cover a variety of reasons, such as having to leave a familiar land and people behind, give up a certain security, including in some circumstances, even the security of being a slave in a foreign country.

Of course as an observer, it’s always easier to look back and wonder why the characters would hesitate, knowing how the decision turned out in the end. But in reality, I understand the challenges of choosing to trust God in giving up a current situation without knowing what the future holds.

And like people in the Bible, God’s leading to relocate has come in various forms, including job changes, graduate school, being closer to family, and so on.

Early on in our moving adventures, Psalm 84:5 caught my attention, “Blessed is the man whose strength is in You, Whose heart is set on pilgrimage.” (Definition: a journey to a place important to a person’s beliefs and faith.)

Moving and being opened to moving is important to me and to our family.

By being open to relocating to wherever God is leading, we are giving up our own selfish desires and plans for our lives in preference to His.

Deciding early on that I didn’t want a house, location, job, and etc. to be more important to me than God’s leading, Isaiah 55:9 influenced my thinking and decision making:

Although there have been several places where I REALLY, really wanted to stay and put down permanent roots, even in heavy discussions, tears, and pleading with God, my heart didn’t want to limit His plans for us.

In the end, I’ve discovered that I’m just not willing to tell God that I have to stay in a certain place or position, and run the risk of missing out on His higher ways for our family.

So do I enjoy packing, unpacking, and moving? No.

Am I good at the process? I have my methods, and maybe have packed and unpacked enough to rate as a professional? My most effective technique in doing it so many times is to not dwell on it or talk about it, but rather just do it. One dish at a time.

Although my childhood dream didn’t come true, U-Haul’s moving trucks’ slogan for years was “Adventures in Moving,” which pretty much sums it up. And my heart is grateful to God for helping to change my vision for our married life from my own self-determination to stay in one place, to being open to His moveable will for our future.

I’d Rather Be a Crown Than a Trophy Wife 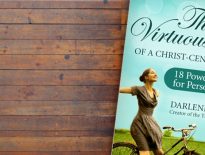 Articles I’d Rather Be a Crown Than a Trophy Wife 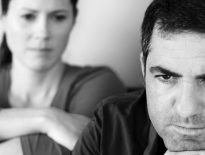