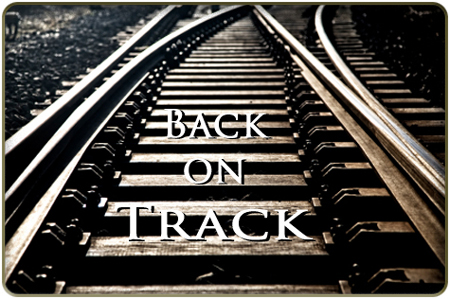 “If you want to make God laugh, tell him your plans.”

This folk proverb opens Bella, a movie I recently borrowed. How true! I thought to myself. It really made me think about how my life has arrived to this point.

When I was in high school, I planned to go to a great school, graduate in four years, find the love of my life, get married, and have my first child by age 24.

My promised choice of colleges was denied me in a strange admissions error. Budget cuts and limited class availability forced me to take seven years of full-time study to earn my four-year degree. I graduated from college in my early 20s, sans beau.

However, there was a glimmer of hope. I was invited to an acquaintance’s graduation party. We hit it off and were married the following year.

Even though my plans seemed to be fairly back on track, tragedy and heartache were around the corner.

I wasn’t able to get pregnant.

And my marriage ended.

Although my divorce was spurred primarily by my husband’s addictions to sex and pornography, I remember the despair I felt during these dark times. Every night I laid in bed crying out to God to save me from myself, from the guilt, and from the “what-ifs.” I wanted God to end my misery and let me die. I was at the end of myself. But that’s where God needed me to be.

Now I was teachable.

In reflecting on my plans gone awry, I think God may have laughed at them, but cried at my choices. He allowed me to be brought down to a point in my life where I would surrender my pride and fall to my knees to follow His choices.

This reminds me of King Nebuchadnezzar, whose story is told in the book of Daniel. Nebuchadnezzar was the most powerful ruler in his day. When he invaded Jerusalem, he brought the cream of the crop to Babylon to serve him. Daniel and three of his friends were among those brought into the king’s service, where they grew in prominence and honor.

The Prophet Daniel recorded that he interpreted a dream for the king, to which Nebuchadnezzar replied, “Truly your God is the God of gods, the Lord of kings, and a revealer of secrets, since you could reveal this secret” (Daniel 2:47).

But Nebuchadnezzar then showed his pride—and his short memory. The next chapter of Daniel details the story of the gigantic golden monument the king demanded his subjects worship. Refusal to do so landed Daniel’s compatriots, Shadrach, Meshach and Abed-nego, in the fiery furnace. But then the king saw the trio, and another figure—the pre-incarnate Christ—walking amid the flames. The king called them out and the three were untouched by the fire. At this Nebuchadnezzar declared:

“Blessed be the God of Shadrach, Meshach, and Abed-Nego, who sent His Angel and delivered His servants who trusted in Him, and they have frustrated the king’s word, and yielded their bodies, that they should not serve nor worship any god except their own God! Therefore I make a decree that any people, nation, or language which speaks anything amiss against the God of Shadrach, Meshach, and Abed-Nego shall be cut in pieces, and their houses shall be made an ash heap; because there is no other God who can deliver like this.” (Daniel 3:28-29)

Again, the king was in awe of what God was able to do. But he obviously hadn’t yielded his pride and submitted to God. Even Nebuchadnezzar himself was aware of this as he related another dream in which Daniel interpreted God’s warning to the king to be righteous and merciful.

But only one year later, Nebuchadnezzar again was at the height of pride as he surveyed his palace—possibly his famous hanging gardens and the Ishtar Gate—stating, “Is not this great Babylon, that I have built for a royal dwelling by my mighty power and for the honor of my majesty?” (Daniel 4:30).

Here is the great king, full of himself, unwilling to yield to the King of kings. Nebuchadnezzar believed his position and power were all his own doing. However, God had enough and determined to set the king straight.

No sooner had Nebuchadnezzar expressed his pride in himself and his accomplishments, God took away his kingdom. The king was made insane and driven into the fields to live like an animal, for possibly seven years. God had to debase the great ruler, make him like an animal—despised and alone. God allowed the king to come to the end of himself in order for make him to realize God’s plan.

At the end of his humiliation, Nebuchadnezzar surrendered his pride, submitted to God, praising and honoring Him above all. The king’s sanity was returned to him, along with his kingdom and honor.

In understanding, Nebuchadnezzar said, “And those who walk in pride He is able to put down” (Daniel 4:37b). He finally got it.

Obviously I am not like Nebuchadnezzar in many ways. But in others, I am. Just as God warned the king, the Holy Spirit warned me before I started dating my first husband. But I didn’t understand the warning, which came as physical discomfort, and ignored it. It wasn’t until several years later that I understood the ill feeling I experienced was for a reason, not just heartburn or nerves. (The next time I had that feeling, I paid attention.)

After God used whatever means necessary to put down my pride, I got it. About 10 years ago, I rededicated my life to Christ. A few years later, God brought a godly man into my life and we married. Six months into our marriage, we conceived our daughter. My life seemed back on track, but this time, it was God’s track.

I won’t always understand where God’s path is leading. And yes, I foolishly still try to go my own way at times. But God gently, and sometimes not-so-gently, pulls me back on course. He reminds me He will honor my humility, for He says in Proverbs 22:4, “By humility and the fear of the Lord are riches and honor and life.”

I pray that I am able to continue to stay on God’s track for my life, not veering away to follow my own whims. And, that the next time God laughs at my plans, it’s because they please Him.

Spread the love
Related Topics:Jodie Eyberg
Up Next 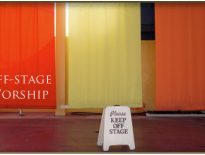 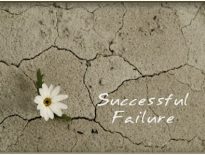