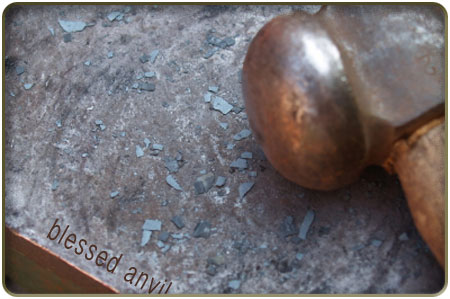 A blacksmith stands near the fire, a metal rod in his burly hands. The metal’s tip hovers over the flame and transforms into an orange glow. He removes the burning piece from the heat, then places it on the edge of an anvil and strikes the metal with a hammer, bending the rod until it forms the shape he desires.

After 29 hours of labor, my exhaustion didn’t allow me to process my doctor’s fateful words, “There’s been a complication.” My baby appeared healthy. I gulped and waited for an explanation. When the doctor provided it, I discovered she wasn’t talking about my son; she was talking about me.

That one moment shaped my entire future.

The surgical lights glared while the doctors attempted to repair my 4th-degree tears. My legs were void of feeling, and my brain scrambled to remember if I’d read anything about this scenario. It came up blank. All these observations swirled around me, shoving me into a vortex in which I didn’t want to exist.

Six weeks after delivery, I learned that my internal tissue didn’t fuse together properly. I already knew something wasn’t right based on the humiliating symptoms I endured just days after my arrival home. I was referred to a specialist who waited several months in case my body healed on its own.

I spent eight months managing my physical issues before I underwent surgery #1. It was intended to repair my broken insides, but within the first week, it became apparent the procedure didn’t work. Instead, I was left with symptoms worse than before, and my frustration multiplied.

How could God let this happen?

I waffled between doubts of His love for me and divine reminders of His sovereignty. My surgeon said she wouldn’t attempt another procedure for several weeks, with the intent of allowing my body to recover.

Surgery #2 happened a year and two months after my son’s birth. It involved a more aggressive approach — total reconstruction — and it drained me of all energy. My emotions hit an unprecedented low. I still had troublesome physical issues in the weeks following the procedure. Despite my surgeon’s reassurance that it would take time for my body to fully heal, I allowed the demons of worry and worthlessness to consume my being.

They haunted me most at night after I went to bed. In the quiet house, dark thoughts popped in my head, urging me that my life no longer held meaning. My mind flitted to the pain pills stashed in the kitchen cabinet, and I wondered what would happen if I took them all at once. I never climbed out of bed to find out. Deep inside, I knew those voices didn’t come from God, and I recited scripture to shatter their influence.

Days were better than nights. I had the benefit of distractions to occupy my mind. Since my recovery involved no lifting over ten pounds, including my son, I spent hours at home alone. I turned to an old pastime — reading novels. At first, the books provided an escape. But as my discouragement mounted, they became a lifeline. If the characters could make it through the challenges in these stories, surely I could endure my current struggle.

My epiphany happened toward the end of the recovery period, after my surgeon felt convinced of the procedure’s success.

I readied for bed one night and came the closest I’ve ever been to hearing the audible voice of God. He said, “I want you to write. I want you to chronicle the struggles you’ve faced and overcome, as a channel of hope for others just like you.” I questioned God’s sanity. After all, I worked in the analytical field of accounting. Sure, I loved to read, but did that really mean I could write?

As I embarked on this new path, I discovered a defining purpose for my life. Writing not only provided an outlet for my emotions, it allowed me to understand my true self, the person God weaved together in my mother’s womb. He knew about gifts and desires that hadn’t yet revealed themselves to me.

At times I wonder if I would have become a writer without going through the bleak journey after my son’s birth. Why did God make me walk through these dark circumstances, pushing me to my final strand of hope? Couldn’t I have discovered my call as a writer with a healthy delivery? But each time those thoughts linger, I know in the core of my spirit that my struggles were necessary.

1 Peter 1:6-7 says, “So be truly glad. There is wonderful joy ahead, even though you have to endure many trials for a little while. These trials will show that your faith is genuine. It is being tested as fire tests and purifies gold — though your faith is far more precious than mere gold. So when your faith remains strong through many trials, it will bring you much praise and glory and honor on the day when Jesus Christ is revealed to the whole world.” When I reflect on other dark periods of my life, those times when trials threatened to overwhelm me, I see in each instance that God proved the words of 1 Peter to be true. The more arduous my trial, the greater my victory when God brings me out of the fire.

My thoughts of suicide were a direct attempt by Satan to derail God’s plans. It’s as if he knew I stood on the brink of a momentous change, one that could reach others for Christ, and he pulled out the artillery of depression and hopelessness to cloud my vision.

I thank God that He sees the entire map of my future. He knows these trials and hardships are a precursor to His will being carried out. In the midst of questions and doubts, I can cling to the truth that indeed, “There is wonderful joy ahead, even though [I’ve] had to endure many trials for a little while.”

The Blacksmith holds me over the fire. My body squirms in pain at the lick of flames. He pulls me from the heat, places me on an anvil and uses a hammer to shape me. He continues to bend and mold, plunging me into the fire again if necessary, until I form the shape He desires. 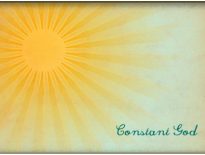 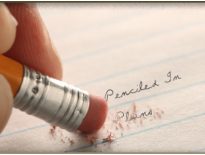