For the past 18 months, my husband has had several health issues. It took months to identify exactly what was wrong, and even longer to find the right solutions. Most of his struggles stemmed, the doctor said, from a virus that attacked his thyroid. But another problem — a minor one on the list of “Things Wrong with Andy” — was sleep apnea.

Sleep apnea — a disorder where Andy stops breathing while he sleeps. A test revealed that at least five times an hour each night, he stopped breathing for at least ten seconds.

Ten seconds, as in one-Mississippi-two-Mississippi-all-the-way-to-ten-Mississippi. No wonder he was tired every day. The funny thing was, during those ten seconds, Andy would also stop snoring, and I’d think, “Finally!” I was glad for ten seconds of quiet.

I didn’t realize that no snoring also meant no breathing.

And breathing, after all, is kind of important. 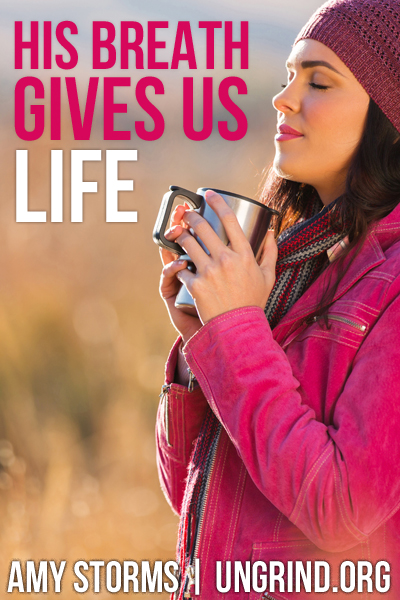 My son is 15 and healthy today, but when he was born, he couldn’t breathe. Nathan arrived 6 1/2 weeks early and spent three weeks in NICU, and much of that time a ventilator breathed for him. We watched the machines and learned about blood oxygen levels and prayed like crazy for his little lungs to develop.

We wanted him to breathe.

Because breath is essential to life.

Not long ago, I read Genesis 2 — the story of God creating Adam. Words I’d read many times before now leapt off the page with significance:

Then the Lord God formed a man from the dust of the ground and breathed into his nostrils the breath of life, and the man became a living being. (Genesis 2:7)

We’re dirt. Dirty dirt, which on its own isn’t worth a whole lot. Dirt isn’t special or valuable, and it can’t do much by itself. It’s dirt.

But! When the Lord God — the Creator God — breathes His breath of life, dirt becomes a living being. Dirt lives. It has worth and meaning and purpose. Dirt becomes valuable, not because of what it is — it’s just dirt — but because of its breath.

Breath is essential to life, and His breath makes life. “He himself gives everyone life and breath and everything else…. For ‘in him we live and move and have our being’” (Acts 17: 25, 28).

Apart from Him, we’re dirt. But His breath gives us worth.

His breath gives us life.

Spread the love
Related Topics:Amy Storms
Up Next

Planning to Meet the God Who Plans Our Days 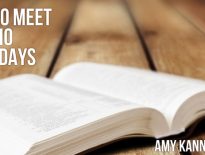 Articles Planning to Meet the God Who Plans Our Days 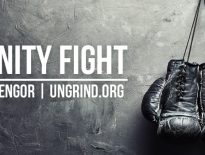