It was 6:35 a.m., the second day of Kindergarten, and this was the moment we had been preparing for all summer long.

Besides exposing my Autistic son to the Judeo-Christian plan of salvation complete with visual aids, social story boards, song and dance, and standing on my head, my sole aim this summer break was to teach him how to brush his own teeth. Start to finish. Rinse to spit. Why? Because pediatric dentists guard the pearly white gates of Eternal Judgement — dressed in floss-count robes waving chewed up bristle brushes at helpless parents like me who liken brushing their Autistic children’s teeth to spaghetti kissing a rottweiler puppy.

Every six months, the dentist informs me that I need to brush better, longer, and floss my kids’ teeth. Oh, and if I had a nickel for every time I heard the word’s “electric toothbrush.” Do I have to spell it out for you, Doc? A buzzing rod inside an Autistic child’s head. Sure. Right after I trim his hair with a chainsaw. It’s all the same to him. In this moment I am tempted to open my own mouth and say “Ahhh” just to prove to Dr. Buzz that I myself am cavity-free and therefore could’t possibly be labeled a “lazy plaque junkie.” But before I can redeem my family’s good name, I am hurried out the door with a goody bag filled with kiddie floss and a wildlife finger puppet with a caricature-scale smile to soothe my aching ego.

That’s when the school bus pulled up to the driveway. Early. Those flashing yellow signals spotlighting what was about to be the biggest mommy-fail, epic-sensory meltdown public transport has ever seen. I snatched the brush out of his hand, thrust it into his mouth, and began hurriedly brushing my son’s gnashing teeth.

Yes. I know better. Yes. I completely lost my patience. Yes. I broke all the rules of prompting and transitioning and video modeling and picture cuing that typically “work” for my son with Autism. Nevertheless, a bloody scene unfolded in the driveway ending in me scooping up my flailing son despite my 7-month pregnant belly and throwing him in the arms of the bus driver. As the bus pulled away, I could still hear him screaming as though he’d been shot in cold blood. It was all too much. I went back in the house, buried my head in the covers, and cried. Hard.

Later that day, I text-informed my husband that I was hereby terminating my parental rights between the hours of 6 a.m. and 7 a.m. He was to assume sole custody of our son and all of his dental complexity, and, “While you’re at it, can you get him dressed, make sure he’s eaten, and get him on the school bus? Thanks. You’re a gem.”

Was I quitting? Perhaps. Or was I surrendering my child over to the parent with the better battle strategy, more emotional (or in my case hormonal) capacity, and higher pain tolerance? It’s a toss up. Either way, I wouldn’t — couldn’t survive another round with my firstborn like that again.

The next morning, I woke up early, had my coffee, and proceeded to sit on my hands while my husband woke up our son to begin his morning routine.

Never mind that he sleeps in his school clothes so we don’t have to hassle with it in the morning. One less thing.

Half a Larabar outta stick to him until snack time, right?

But would he accept the Colgate challenge and claim victory in the duel to the death of childhood tooth decay?

Not exactly. Rewind. Back up to the Bible story.

Our kids like to watch these lesson videos where all the Bible characters are DIY puppets made out of brown paper lunch sacks. True story. Clark and I make fun of them, but my preschool film critics give them two thumbs up. This particular morning’s video featured Brown Bag Jesus calling his Brown Bag disciples to come and follow Him … “and I will make you Brown Bag Fishers of Men.” My son was so inspired, that he begged, literally pleaded with Dad to make him a Brown Bag Jesus before he went to school. That’s when the kitchen table became a flurry of colored construction paper, glue sticks, and scissors.

“Sweetie, do we have any blue paper for Jesus’ sash?! Never mind. I’ll just use purple.”

6:35 a.m. The back of my hands were numb from where I had been sitting on them all morning. It took every ounce of will power for me not to interfere, or hint, or periodically announce the countdown to blast off — T minus 5 until the bus shows up. T minus 2. T minus 30 seconds.

The bus arrived just as Clark finished what looked like an exact replica of the star of The Passion of the Brown Bag Christ. Salem was so overcome with joy, he barreled out the door, the Brown Bag Jesus puppet swallowing his arm up to his striped short sleeve, waving to the bus driver, “It’s Jesus! It’s Jesus!” He ran up the bus steps and happily took his seat blowing kisses and signaling thumb-pointer-pinky “I love you’s” at us from the bus window as it pulled away.

At that moment, I took a lesson in humility, priority, and compassion from my husband who had so instinctively chosen relationship over routine.

So, the morning plan was blown. So, Salem’s teeth didn’t get brushed. So, I had to give the teacher a text message head’s up about the Brown Bag Jesus about to exit the bus and how, “…we are not religious fanatics on a mission to convert the faculty and staff vicariously through our kindergartner. Nevertheless, Christ be with you, today.” Her daily report that afternoon read, “Salem took Jesus with him everywhere today. He was telling his classmates all about Jesus!” Funny, she didn’t send a note home the day before remarking on his exceptionally clean teeth.

I have to face the pediatric dentist next week to hear the inevitable “electric toothbrush” lecture and endure the finger puppet humiliation. We may have to swallow decades of fees and condemnation from our kids’ oral healthcare providers. But my husband’s example and the image of my son’s beaming face on the bus with Brown Bag Jesus is forever etched into my memory. A reminder to choose relationship. To choose surrender. A reminder that what we might pay in dental bills, we might not have to pay in family therapy. When I think of it that way, the choice is a no-brainer.

Spread the love
Related Topics:AutismKindergartenPediatric Dentist
Up Next

Embrace Change in Your Marriage

I Can’t Get No Satisfaction 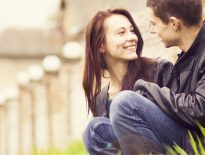 Articles Embrace Change in Your Marriage 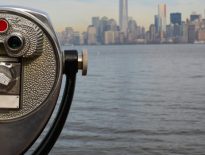 Articles I Can’t Get No Satisfaction