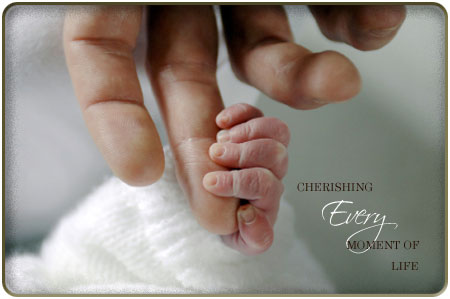 When a specialist told labor and delivery nurse Laura Huene that her child’s brain was not developed, he asked her when she wanted to schedule her induction (abortion). He didn’t offer her options or understand when she said, “This baby is a gift and we are going to carry her.”

After the difficult news at 22 weeks of pregnancy, Laura searched the Internet for information on how to prepare for Baby Pearl’s arrival and death. She also leaned on her husband, Josh, and her mother, the director of a pregnancy resource center.

Laura and Josh’s little girl lived only about an hour after birth. During Pearl’s brief life, Laura held her, made molds of her hands and feet, took photos and cut her hair.

“It’s as if we knew heaven was watching,” Laura says. “We sang over her and then handed her over from our arms to the arms of Jesus. Heaven is much more real to us now.”

Even though Laura’s physician initially didn’t understand her decision to give birth to Pearl, he attended the funeral. Afterward he said, “I understand now. You’ve honored her life.”

Preparing for Life and Death

Many expectant parents find themselves in a distressing situation similar to Laura’s. Their babies cannot survive outside the womb, and abortion is often the suggested resolution. Fortunately, a pro-life alternative is available—perinatal hospice, which helps parents through the death of their babies.

Dr. Byron Calhoun, a specialist in maternal-fetal medicine in Charleston, West Virginia, developed perinatal hospice care for expectant parents whose babies have fatal conditions such as anencephaly, which involves absence of brain or skull above the eye level, or trisomy 13 or 18, where an extra set of chromosomes is present.

Dr. Calhoun became interested in helping parents like Laura in 1996 when the horrific partial-birth abortion procedure was considered an alternative to carrying to term a preborn baby with a fatal diagnosis.

“My desire to help families came from past training and pretty bad experiences,” Dr. Calhoun says. “We can’t treat many of the conditions, but we can offer comfort. I don’t want to give people no hope.”

Perinatal hospice offers expectant parents and family members support and grief counseling throughout the mother’s pregnancy and the birth and death of the baby. Physicians, nurses, chaplains, and social workers all play a part.

“The key to having a successful perinatal hospice program is communication between everyone involved and making it focus on the family,” Dr. Calhoun says. “When people are given the option of perinatal hospice, 75 percent to 80 percent of parents choose hospice, because people want to love their babies.”

Perinatal hospice encourages families to see an ultrasound of their babies before birth to determine an accurate diagnosis. After a child is born, families are also encouraged to care for, hold, dress, take photos of, and create keepsakes of their infant. Dr. Calhoun indicates that holding a baby offers comfort to the child. A baby who shows signs of distress can also be soothed by being given oxygen, placed in a warmer, and treated with morphine.

After baby’s death, Dr. Calhoun encourages families to request an autopsy or noninvasive testing such as a CT scan, MRI, X-ray, and pathology tests to determine the precise reason for death.

Patti Lewis, a registered nurse in Kansas City, Missouri, started a baby hospice program in her two-bedroom townhouse in 1997 after the loss of her niece, Alexandra. She started caring for dying babies when people in the medical community gave her referrals. Then a priest told her, “These babies come attached with a family.” His comment changed her outreach to include support for the babies’ families from the time of an adverse diagnosis through the babies’ birth, death, and beyond.

In 2002, Patti’s program, which she named Alexandra’s House, moved into a donated home where more than 300 babies and families have received care and support. Alexandra’s House receives community referrals through hospitals and physicians.

“Just doing the work is what stimulates the referrals,” Patti says. “People don’t really get it until they see us in action. Then they develop a respect for our service because we solve a problem.”

Many families who have received perinatal hospice care help others in similar crisis. In 2007, five expectant mothers in Patti’s program met each week for support. They all delivered their babies in late summer and attended each baby’s delivery and funeral. In November, the women joined together to provide support to a family expecting conjoined twins.

“In sharing experiences, couples see they’re not alone and that they will not only survive the loss of their baby, but will laugh again,” Patti says. “People often feel as though they won’t survive. This family support makes the difference.”

A mother whose infant twins died told Patti that the support she received enabled her to continue the pregnancy, even though she seriously considered abortion. The support helped her move from feelings of devastation to newfound joy.

Perinatal hospice programs help families walk through the heartbreak and challenges of a devastating, prenatal diagnosis. Most important, they give parents the opportunity to honor the life of their child and find hope for the future.

Count It All Joy

Cherishing Every Moment of Life 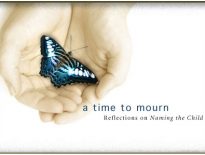 Articles A Time to Mourn: Reflections on Naming the Child 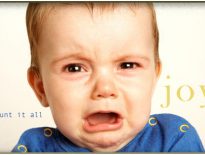 Articles Count It All Joy