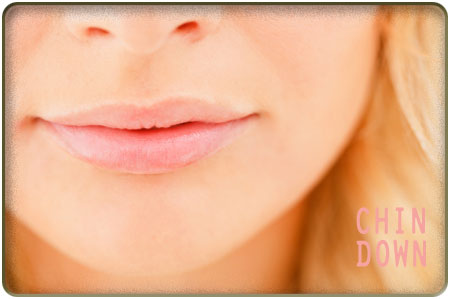 “You walk with your chin held high. It becomes you.”

“Yes. You walk with elegance.”

I was only 14, but I already knew this posture of pride and — according to my grandmother — carried it off nicely as I walked across the bridge from high school to her car.

I took her compliment to heart. This uplifting of the chin became a useful tool. What I lacked in confidence, I made up for with appearances. I was young, but learned to keep my chin held high the day I told my running coach I quit and the day I moved out of my parent’s house, which was six months before the day I accepted my high school diploma.

At 19, I was drowning in a lifestyle of self-destruction. So I held my chin high, just above the surface, so I could breathe. In fact, my chin was held so high that my line of sight grazed over everyone of importance.

God however, had plans for my masked brokenness. Two years later, with my head bowed at an altar, I accepted Jesus.

It was a posture of significance. If we look through the Old Testament for the use of the word “worship,” we see Abraham and his servants, the nation of Israel and Moses, all bowing their heads, lowering their chins to their chest, as a standard posture of worship. The phrases “they bowed their head” and “to worship” are nearly synonymous in many of the early scriptures.

I love that moment when we realize there are no pretenses before the Lord. When we realize He sees through all our appearances and we are grateful that — finally — someone sees the beautiful mess inside.

What I love even more is that the story never ends there. The posture of worship before the Lord is just beginning. For He promises to heal and restore our beautiful mess.

Why will you still be struck down?
Why will you continue to rebel?
The whole head is sick,
and the whole heart faint.
From the sole of the foot even to the head,
there is no soundness in it,
but bruises and sores
and raw wounds;
they are not pressed out or bound up
or softened with oil.” (Isaiah 1:5-6)

My youngest son is gifted in posture. He knows how to approach his father and I when he is hurt. Injury is a common occurrence in a home with three boys. It’s ridiculous. We are certain we are raising a batch of Cain’s and Able’s.

Now, unlike his older brothers, he isn’t coming to tattle. No, he’s coming to have his wounds cared for by his mom and dad. As he peeks around the corner where the stairs end and the t.v. room begins, his head is always bowed, and perhaps he has crocodile tear hanging from his chin. My heart breaks. He has my full compassion. And as I scoop him up in my arms I want to know, “What hurts? How can I fix it? Can I kiss you?”

And the Lord is similarly gifted with His healing touch. Can I press them out or bind them up? Can I soften your wounds with oil?

Most recently, God has focused on the posture I carry in my marriage. He’s teaching me that when this area of my life is sick, it becomes difficult to worship completely.

Like most newlyweds, our first two months of marriage were good. It was a new experience for me, to have God involved in the most sacred areas of a relationship. It was fresh and sweet and right.

Then marriage followed the honeymoon, life happened, and the “little foxes” Solomon warns of in the Song of Songs slipped into our den. Our bedroom became a warzone, and our postures crouched for attack. There were many nights when I would stand by my side of the bed and he would sit at the desk by his side in a standoff. With my chin held high, I would spew the numerous wrongs he had committed that day, and the day before, and a week ago (now that he mentioned it). And he would sit there and accept the burden. He would admit wrong and promise better. My chin shot higher in the air — full of pride.

Eventually, after several years of marriage, my chin was once again so high in the air that the only person left in my line of sight was God. Finally, He had my attention. During a week-long writer’s retreat, He used the time to speak two very simple verses and renew my mind.

The first was the passage from Isaiah, above. He reminded me that just because I accepted Christ and left my poor lifestyle behind, this did not mean that I was completely healed from the hurts and scars of years of self-destruction and relational abuse prior to knowing Him. I had not paused long enough to let him care for my wounds. I was still damaged.

The second verse was an invitation:

Come now, let’s settle this,”
says the LORD.
“Though your sins are like scarlet,
I will make them as white as snow.
Though they are red like crimson,
I will make them as white as wool.
If you will only obey me,
you will have plenty to eat.
But if you turn away and refuse to listen,
you will be devoured by the sword of your enemies.
I, the LORD, have spoken!” (Isaiah 1:18-20)

So I bowed my head and said to the Lord, “Where were you when I was being battered and bruised?”

The Lord knew this question had been on my heart for years.

And that was it. In His time, it was settled. I returned home from a week of retreat white as snow. The scarlet stains washed from my heart and my head. I no longer carried myself with faux pride, nor did I bow my head in endless shame. My gaze was unwavering, filled with the confidence of Christ.

It took another six weeks, but for the first time in seven years of marriage, I was able to be in a posture of worship before the Lord with my husband with no shame, no guilt, no condemnation. It reminded me of our first night of marriage together, but so much sweeter. It was the destination I had been waiting for, the end of a journey that began over a decade ago.

Then He Smiled at Me 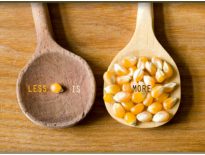 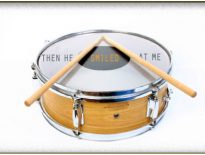 Articles Then He Smiled at Me