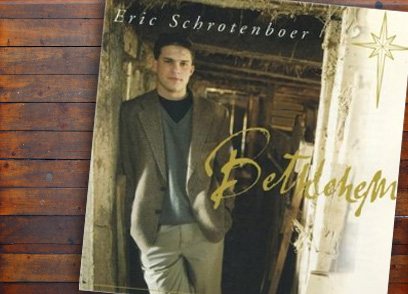 When I close my eyes and think about curling up in front of a toasty fireplace with a steaming mug of hot chocolate at the end of a long December day, one particular Christmas CD comes to mind.

The depth which Eric bestows upon familiar Christmas tunes like “Away in a Manger” and “Joy to the World” will make you want to lean back and breathe deeply the beauty of the gift of music. The undulating waves of sound that he produces with such ease can only point back to his Creator God and instill a sense of awe and worship in the listener.

There are plenty of people who know how to play the piano. Then there are those select few who possess such natural ability and giftedness that they make it seem effortless as they cause magnificent melodies to emanate from beyond the ivory keys.

Eric Schrotenboer is one of those people. He falls into the latter category — the type that some of us can only dream of emulating.

I had the privilege of getting to know Eric and his lovely wife Meredith when we were all still in college. And while I admit to being moved at the core by the vocal ability of Celine Dion and Mariah Carey in their renditions of “O Holy Night,” there is something authentic and meaningful about knowing that when Eric plays these pieces, he is playing as unto the Lord.

As a genuine believer in the One who gave the gift of music in the first place, what he plays means more to him than just getting the right note. Unlike Celine and Mariah, when Eric makes music, he actually worships, and wants others to do the same — and that makes for moving music.

Joined by a string quartet, Eric’s arrangements of well-known classics like “Silent Night” and “O Come, O Come Emmanuel,” as well as two original compositions, “Bethlehem” and “Shepherds,” make for the perfect background music. I’ve been known to play the whole album on repeat to create a soothing ambiance, whether it’s for a crowded dinner party or an evening alone with a cup of coffee and a good book.

So head over to iTunes or Amazon and download a copy of Eric Schrotenboer’s Bethlehem. You won’t regret it. 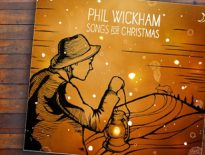 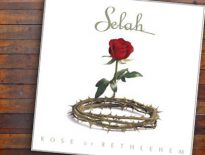