“That crunching noise was me sitting on my favorite sunglasses. This is why I don’t buy expensive ones,” reads a Facebook status from Phoenix-based singer and songwriter JJ Heller.

One doesn’t have to peruse Heller’s Facebook page or read her Twitter feed long to sense that she’s approachable, down-to-earth, and has a great sense of humor. And it’s this “realness” that characterizes her music, endearing listeners over the past few years to hits including “Your Hands” and “What Love Really Means.”

Heller kicked off 2013 with a new album, a new tour, and from the sound of her Facebook page, a new pair of sunglasses. She took the time to chat with me via email about her latest project, Loved, and how it differs from what she’s done in the past.

Tell me about your new album, Loved. What inspired it?

It’s natural for me to dwell on regrets of the past, or fixate on worries of the future, so this album is a reminder to see beauty in the present moment. And when the present moment doesn’t hold much beauty, we can find hope in the knowledge that the Lord will one day redeem every heart-break. I’m learning that the degree of my contentment lies in my perspective, and that every morning I’m given a choice between fear and love.

For me, the song “Who You Are,” brought to mind a description of Aslan in The Lion, the Witch, and the Wardrobe. C.S. Lewis writes, “‘Course he isn’t safe. But he’s good.” How does this idea that Lewis touches on express itself in this project?

C.S. Lewis might be my favorite author of all time. His insight about the Lord being unsafe, but good is a profound truth that brings light into the darkest situation. There are many times in life when I can’t understand why God would allow such suffering and tragedy, but it’s in those times that I can look back in my own life and see His faithfulness. I can open my Bible and read story after story of deliverance, and read verse after verse about God’s character. I’ve heard it said that God answers our prayers exactly how we’d ask Him to… if we knew everything He did.

Musically, Loved veers away from the folk-pop sounds listeners have come to expect from you. What prompted you to try something different?

It’s always tempting to keep making the same kind of music because it’s comfortable and it’s what people expect. But if art isn’t growing and changing, then it’s dying. With this in mind, my husband, Dave, and I decided to take a risk and we couldn’t be more pleased with the result. With the help of our producers, Ben Shive and Cason Cooley, we created sonic atmospheres relying heavily on percussion, strings, keys and electric guitars. While the songs are less acoustically driven, they still maintain the grounded, intimate nature that’s so important to me. I’m curious to see how people respond. I hope they love it as much as I do!

What was your favorite part of the recording process this time around?

The collaboration of the studio is always a special experience for us. Before recording each song, Dave and I would run through it with an acoustic guitar. Then the brainstorming would begin! Ben would make up a genius part or two on the keyboard, and Cason would start experimenting with different drum grooves. After only a few minutes the song would start to come alive and I couldn’t help but smile. It felt like magic every single time.

You’re a non-runner, but in January you participated in a half marathon. Share the story behind that.

I read a life-changing book by a man named Lopez Lomong. He was born in Sudan, captured by rebel soldiers, miraculously escaped and eventually ended up living in the US and running on the US Olympic track team! His dream is to provide for his friends and family back home in South Sudan, so when I got to the end of the book and read that he was partnered with World Vision, I knew I had to help. Even though I’ve always hated running, I felt compelled to raise money by running in a half marathon on Lopez’s team. It was hard work, but I ended up beating my target finish time, and raising over $11,000 for clean water.

When you aren’t songwriting or performing, how do you like to spend your time?

I love cooking, baking, sewing, decorating and of course, hanging out with my two little girls, Lucy and Nora. I might be addicted to Pinterest, but so many good ideas come from there!

If you could have dinner with anyone, who would it be and why?

That earlier question got me thinking about C.S. Lewis, and now I can’t get him out of my mind. Does it count if he’s dead? I would love to sit down with him and hear his story about how God took a hold of his heart when he was such a dedicated atheist. I’ve also heard that he wrote back to every fan letter he ever received and that he gave away two thirds of is income. I would be an honor to hear his perspective on generosity with both his time and his money. I don’t think I could help but to be profoundly influenced and encouraged. I suppose I’ll just have to settle for his books for now.

As you share Loved with listeners and concert goers, what do you hope they walk away with?

I hope they have a sense that they are invited to the table. The Lord has carved out a hope-filled, adventurous, sometimes uncomfortable and dangerous, fulfilling life for each of us. He wants us to drink deeply of each opportunity and live without regrets knowing that He is our safety net. And no matter what, we are LOVED.

Podcast Picks for the Busy Mama

The Hobbit: A Review 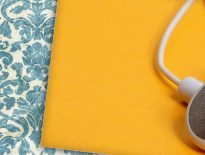 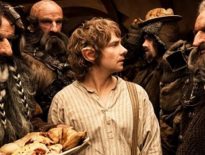 Culture The Hobbit: A Review