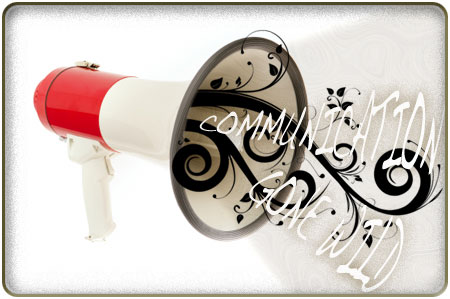 I am odd combination of a firecracker and a people-pleaser. I have a streak of opinion that burns and smile that never fades — until I am home, alone. I desire authenticity and healthy relationships, but I am often unsure of how to render the two. There reaches a point where I am unwilling to compromise my values and they end up causing conflict of varying magnitudes in my life.

It can look like this: My son no longer thinks girls are gross. Instead, he thinks they are rather cute and definitely worth his attention. He’s only twelve. The girl next door has caught his eye and from what I can tell, she might feel the same. Did I mention they are twelve? So I, being the great mom I am, took “crush”ing matters in my owns hands, and I texted (yes, I am ashamed) the other set of parents: These kids are out of control and I think the girls should head home. Later, I sat down with my son and gave him a talking-to concerning his lack of permission to date and the disrespect he was showing with all these flirtations.

I’m not claiming to be a parenting guru, and I’m sure I failed in so many ways here, but I did convey my message clearly, and my son seemed to understand. The other set of parents? Not so much. That evening on Facebook (how I love that world) there was a comment on the mother’s page reminding people who live in glass houses (ahem, pastors’ families) not to throw stones.

Oops. Enter neighborly conflict and a display of firecrackers between houses. At least with all my windows, I had a lovely view, yes?

I can joke now, but the truth is that conflict hurts. Most of us recognize that when someone appears frustrated with us, it consumes considerable amount of our mental and emotional energy as we dissect the situation. Whether or not conflict resolves quickly depends on what sort of communicator style you prefer.

My husband is amazing. He’ll walk up to someone who he thinks is frustrated with him and he’ll just ask, “Have I done something to aggravate you? Is there something we need to talk about?” He’ll shoot straight and walk away still standing, with another healthy relationship swinging from his holster.

I am not like my husband. I will take the conflict and I will examine it from all different directions, talking myself and my reluctant husband through the ins and outs of this unjust offense. I go through stages:

So I call and apologize for every horrible thing I have ever done in our relationship and hope that apology is enough to repair the damage. Most often it is, except this isn’t healthy either.

Conflict isn’t resolved by apologizing for every short coming I have. This is me trying to fix something at all cost to myself. Instead, conflict is resolved by honest and open communication about the situation at hand. I tend to go the distance historically, when I need to be examining the depths of this singular situation and seeing if there is a tap root, allowing growth to a larger problem in the relationship.

Otherwise, I have only fooled myself into thinking I am keeping the peace when really I am further fanning the fire. Given enough time, another conflict will arise and if I continue to band-aid the surface wounds without ever noticing the infection, I haven’t healed anything.

There is another way I “solve” conflict. I stop making public appearances. As ridiculous as it sounds, I stop reaching out to people — stop making connection — and hope that the isolation heals the hurt of conflict.

I liken these seasons of my life to that of a turtle, pulling back in my shell, praying for invisibility. If no one can see me, then conflict doesn’t actually exist, I have disappointed no one, and life can move forward as a façade of perfection.

Communication never occurs, because I am busy pretending conflict doesn’t exist and my social connections are on indefinite hiatus. I use this tactic most often when the conflict proves to be too weighty for me to put into words.

Recently, my mother and I took a break in communication for four months. I had no idea how to approach the conversation in a way that would honor her and stay true to myself. The first couple months were alright. I was frustrated enough that the anger fueled my silence. The third and fourth month weren’t as easy. A softness entered my prayer time regarding the situation and I found I was able to forgive the things I deemed “offenses.” This left me no room to stay silent.

The next dilemma entered when I realized the silence needed to end, but that the issues needed resolution. When we finally met for coffee, we both admitted our stomachs were in knots. And while neither of us believed a lifetime of communication issues could be solved in one afternoon behind a bookstore, we were willing to start the journey through conflict.

I am a firecracker and a people-pleaser, but more than that, I am a disciple. Because of this truth, I am required to step outside my comfort zone and learn to love others. I don’t think this means to love others when they are easy to love, but to love them when they are hard to love — to be loving when we want nothing more than to be outraged and cry injustice.

Jesus said to love our enemies and I believe this includes real enemies as well as perceived enemies. According to the scripture, it would appear that love is the agent that shifts our perspective.

Not too long after my neighborly, Facebook, passive-aggressive duel, I noticed her dryer had broken. She’d been forced to take three adolescent children to the laundromat to wash and dry clothes. I can’t even imagine how lovely that experience was. I turned to my husband and mumbled, “If she was speaking to me, she could have just come over here.” He said, “Why don’t you tell her that.”

Was that a challenge? I decided to accept. And with one small sentence, she responded with the sweet words only a friend can say: “I’ve missed you.”

email
Related Topics:Marian Green
Up Next 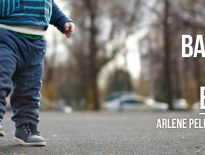 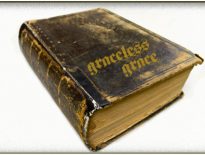