Several years ago, there was an ongoing debate within one of the largest denominations on the issue of wives submitting to their husbands. Tuning into the conversation, it was clear to me from scriptures such as 1 Peter 3:1 and Ephesians 5:22 what the Bible had to say on this topic.

Coincidentally — or not so — at the same time this discussion was taking place, my husband Phil and I were in a power struggle over a job offer he’d received from a church in Hilo, Hawaii. Loving my Southern California location, I absolutely did not want to move to the Big Island of Hawaii.

On our one and only trip to candidate at the church, I was sure God was not calling us to go there. As the members voted on accepting us, I was in an apartment across the street from the church, praying the congregation would vote “no” to our coming. My weeping during the process was so loud, the entire apartment building and people passing by on the street could probably hear my sobs.

Still, the church voted to offer Phil the senior pastor position. With my strong resistance to his accepting, he told them he would have to let them know. And for the next month, Phil and I were at odds in whether he should accept, with neither one of us willing to budge in our opinion.

So as this discussion was going on nationally within this denomination and in the press, back at my ministry job, I was having my own conversations telling my co-workers how obvious the answer to the question is in Scripture. And how if the Bible instructs wives to submit to their husbands, then there’s really no question concerning what is the answer.

After a few weeks of talking about it with my co-workers, amidst the ongoing struggle at home, the realization hit me that I was really talking to myself. As the saying goes, “I was preaching to the choir!”

I had been trying my hardest to convince Phil not to accept the position, yet he strongly believed God was leading us to Hawaii.

There we were, a husband and wife in a stalemate and it was clear to me from Scripture that when this happens, as the wife, God’s instructs me to submit to my husband. God’s Word urges me to obey and trust more in what God says than in my own doubts, believing God to take care of me whether it’s a right or wrong decision by my husband. And just to be clear, biblical submission doesn’t mean that as a wife I have no voice or opinion in situations.

With Phil and I on opposite ends, I knew what God was calling me to do. And it was one of my most difficult decisions to make in life. Every feeling and thought within me was against this move.

However, it came down to whether I would obey God and trust His Word to be true in my life. Even though Phil’s decision seemed wrong to me, I found comfort in the second part of Ephesians 5:22 that says, “… as to the Lord.”

OK, God, I thought, Scripture says that even if I don’t trust my husband’s decision, if I do what Your Word instructs me to do, I can trust You to take care of me.

Although I didn’t have confidence in this decision, Scripture told me I could have confidence in God. Another verse that helped me through this time was Romans 8:28, “And we know that God causes all things to work together for good for those who love God.”

Moving to Hawaii seemed to be going in the wrong direction in regard to many of my hopes and dreams. Yet, in trusting God’s Word, it meant I didn’t have to figure out the situation or “how” He would make it all work together for my good.

I realized that it’s not up to me to understand or even see how it could be possible. My responsibility was to believe what God has written to be true and base my decisions on His guidelines.

Looking back, I see how God worked more good in our lives through that move than any of the other numerous moves we’d made. And even though the time there was some of the most difficult and challenging times in our marriage and family, following God’s guidelines has reaped some of the best life-changing results.

A refusal to submit to God’s Word would have cost our family missing out on the wonderful plans God had in store for us — good plans beyond my wildest imaginations.

[This article was republished from our archives. It originally appeared on January 19, 2012.]

The Voices We Hear 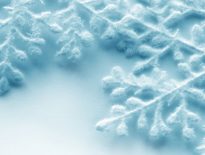 Articles Frozen: A Takeaway, Not A Review

Articles The Voices We Hear