A few nights ago, my husband and I were privileged to minister in the Great Smokey Mountains of Tennessee. One evening during worship, I became aware of a startling and sobering truth.

I can’t remember what songs we were singing, but my eyes were closed and my hands raised when I had the strange notion I was being watched. I opened my eyes to see my two elementary-aged daughters with their little necks craned so that they could see me! They immediately turned back toward the stage and raised their hands.

My first response was to giggle. They’re copying me! I thought to myself.

I continued to worship and, as the music picked up, I began to sway back and forth. Again, I felt their eyes. When mine met theirs, they quickly turned away. And now, those two little heads began to sway in the same direction and with the same lack of rhythm as me.

It was becoming both fun and funny to me! They were mimicking me move for move. When my hands went up, theirs did too. When I swayed, they swayed — and in the same direction. When my eyes closed and my expressions became intense or passionate, their eyes closed and their faces scrunched up with intensity and passion.

Somewhere in this little match, I watched my girls transition out of a game of copycat and into standing before their Master in pure, childlike, fully-abandoned worship. I watched their lips, as they no longer followed the words to the songs being led. They were now creating their own words. They began offering their own prayers and words of love and adoration to their Savior.

This revelation moved me to weep and landed me on my knees. The Holy Spirit reminded me that I’m being watched. The most important people in my world are following me — the two little souls with whom I’ve been trusted to lead, guide, and train so that they’ll walk in the way they should go. I became an ugly, blubbering mess of Mama on my knees!

I’ve been in that place before. Before stepping out on a platform to preach, or leading a team across the country, and often times as I sit down to write. Those moments turn into times of pleading with the Lord, “Lead me as I lead them!” But those moments, as precious as they are, will never compare with the awe, fear, and reverence I felt in this one.

I was never the girl who dreamed of being married and having children. Growing up, my aspirations were toward having a career. I remember all of my friends wanting to work in the church nursery and hold the babies. As a young woman entering discipleship and ministry, I remember hearing everyone talk about getting married and having kids. As I continued in ministry, I just couldn’t fathom “slowing down” to raise children.

Fast forward many years. At 27, I found myself holding this little person who was so tiny, yet powerful enough to open wide a chamber of my heart I never knew existed. Twenty months later, her sister followed and another chamber, unbeknownst to me, burst completely alive. And the God of the universe — the one who fashioned them in my womb and knows every one of their days and mine — has set them apart for a purpose unique to them. He’s chosen to entrust their father and me with them.

This could be an overwhelming and bewildering thought as a parent, especially when we look at the world around us as it vies for the attentions and loyalties of our children. How are we to fight against such a strong pull and win?

We are given excellent examples as we read through Scripture. They can all be summed up in one word: discipleship.

Webster’s dictionary defines a disciple as “one who believes the teachings of a master.” It goes on to say that the disciple may help to “disseminate those teachings.” From this definition, many in the Church have come to understand discipleship as taking place when a more seasoned Christian teaches a newer convert to believe with faith the things written in the Bible.

However, if we will view discipleship from the premise of its origination in first-century Israel, we’d discover a very different definition. 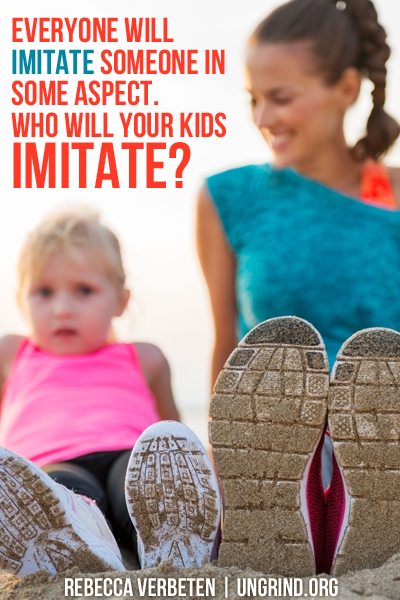 In Jesus’s day, discipleship did not take place in a classroom or by receiving instruction sitting in a synagogue pew. Discipleship took place in every day life. The roads they walked, the hillsides, and the seashores became their classrooms.

Discipleship in the first century took on the same characteristics as parenting did when God delivered the Israelites from Egypt. In Deuteronomy 6:1-2, Moses instructs the people:

These are the commands, decrees and laws the LORD your God directed me to teach you to observe in the land that you are crossing the Jordan to possess, so that you, your children and their children after them may fear the LORD your God as long as you live by keeping all his decrees and commands that I give you, and so that you may enjoy long life.

There was to be very little time in the family’s day when the parents weren’t teaching their children about the goodness of God.

And so it was with discipleship. A disciple learned from his master in the morning, day, and night as they walked along the way, prepared meals, and worked at a skill. And the most important skill a disciple would learn was that of imitation. The disciple learned not only what his master believed and to believe it also, but to act upon those beliefs in the same manner his master acted. It was not uncommon, and in fact was often expected for a disciple, to speak with the same words as his master and for him to respond with emotion as his master did. Many physical gestures and mannerisms of the disciple were but a reflection of his master. He wasn’t just to believe his master, but also to become his master. This process was not the byproduct of force, but of the disciple’s zealous love and commitment to his master.

When I learned about discipleship in the Hebraic world — discipleship the way Jesus did it — a light bulb went on in my mind. Initially I thought, Who wants to be an imitator? Aren’t we to be individuals? But then I thought of the kids, teenagers, and young adults I’ve ministered to over the years: countless individuals trying desperately to be “individual,” but really only becoming imitators of someone else.

I realized that I was always imitating someone else. To look back at pictures of myself in middle school, high school, and since, you’d see a girl wearing the same clothes seen in magazines or on schoolyards during that specific decade. My friends and I dressed the same, talked the same, listened to the same music, and teased our bangs into the exact same style.

Everyone will imitate someone in some aspect. Who then will I have my children imitate? The Apostle Paul knew this truth well. This is why he instructed his spiritual sons and daughters in the church in Corinth saying, “Imitate me as I imitate Christ” (1 Corinthians 11:1).

I make many wrong decisions every day. I’m nowhere near the perfection of Jesus. I do, however, seek with all of my heart to know Him, the power of His resurrection, and the fellowship of His sufferings. If my daughters will see this in me, then after strong contemplation and sobering awareness, I say to them, “Imitate me as I imitate Christ.”

[This article is drawn from our archives. It first appeared here on Ungrind on January 25, 2012.]

Chasing a Standard We Can Meet

7 Easy Tips on How to Sleep Tight 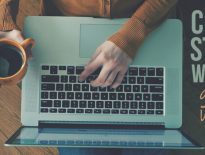 Articles Chasing a Standard We Can Meet 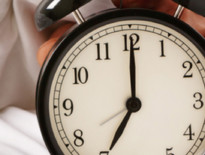 Articles 7 Easy Tips on How to Sleep Tight