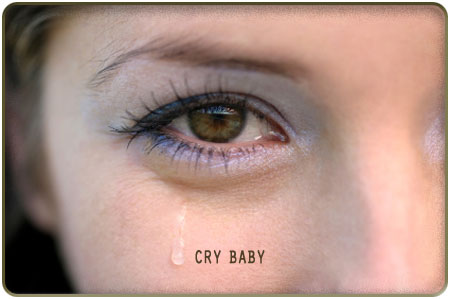 A houseful of brothers to an only girl is a lot of things. It’s mostly what you’d imagine — smelly, loud, and masculine. Among the sympathetic smiles and advice I received, no one ever mentioned to me that the struggles of being an only daughter would follow me even after my 18-year stint at home.

Surviving in this type of household left certain things on my side, however, such as when I landed a position at a marketing firm. I was the lone female in a company full of males.

The firm’s environment, which may have intimidated many, made me feel at home. Once again, I could hang with the boys, and I knew how. I matched their assertive squeezes in our handshakes, clacked my heels down hallways to announce my presence, and challenged their ideas in dimly lit conference rooms.

It was great, except for one thing. I wanted to cry.

The feeling came every now and then, as it does most people. It came when I skimmed a touching story at an online news site while waiting for my next meeting, or even when a creative advertising campaign sent shivers down my spine during a brainstorming session. I fought back tears, silently yelling at them like Tom Hank’s character in A League of Their Own. “There’s no crying in baseball!” he screamed, dumbfounded at the emotions of his players. And every now and then, between the hours of 8 a.m. to 5 p.m., I said a similar thing to myself, “There’s no crying in business!”

As a little girl, my brothers’ reactions to my tears were everything from indifference to bewilderment. “Are you crying?” they asked during my occasional episodes of sensitivity. Years later, I was terrified I’d hear this again, only this time in incredibly inappropriate settings and from the wrong people — clients and co-workers.

Marketing clichés were my specialty, and my emotions were not part of the entire package I’d labeled “Successful Business Woman.” As a result, I tried everything to push down any hint of fragility in myself. Soon, I had worked my way down to the fruits of the Spirit. Chipping away day-by-day, I soon unconsciously removed all of them, leaving me feeling like merely a shell for success. I was good at my job, but not at being me.

Other jobs came and went, and then my official and only job title became “Mommy.” Surely this was the safest place to be sensitive. But now I found that my heart — the way God had created me — was not in the same shape. I had fed myself lies for so long, it had somehow all began to feel true.

The truth was finally revealed by one of my best friends during a getaway weekend. I confided in her and another close friend about various issues that were defined by my long fought battle against sensitivity. As they prayed for me, my friend pleaded for God to show me that my sensitivity was not a sign of weakness, but a gift from Him.

My mind and heart were sent reeling by these words. I had been fighting, all this time, against a gift?

Months after the retreat, I still dissected this truth, and subconsciously red-flagged all the instances in my life where I had gulped down tears that should have been shed. There were other times I remembered denying the empathy that God was giving me while listening to a friend’s loss. Other moments I was stone-faced in the eyes of injustice, when I wanted to give in to sobs. And of course, I recalled the times were I had not allowed myself to feel anything besides the fear of appearing weak.

I had been holding back so much for so long, I was relieved for the chance to give in. Ecclesiastes 3 affirmed that the time was now to submit to this gift, when Solomon lamented, “There is a time for everything, and a season for every activity under heaven … a time to weep and a time to laugh, a time to mourn and a time to dance.”

What I thought would be Niagara Falls once the dam was finally let go, was not.

I had feared that I was deemed to be a weepy, blubbering mess for anything and everything sentimental. But instead, I found a whole new level of trust with God to protect my sensitive heart and, in return, I could give in to those emotions when I felt prompted.

I cried over a childhood friend’s betrayal in her marriage. I wept over my daughter’s songs to God. And I didn’t give any excuses anymore if the tears came unexpectedly. I figured they were probably warranted in some way, even if I didn’t know why.

Clichés could not box up my life anymore. There were anomalies everywhere, especially where God was concerned. I realized that perhaps some thriving businesses had to have heart. Some hard-nosed, serious male executives probably let loose every now and then. And some only daughters, particularly the ones like me, finally learn it’s OK to cry. 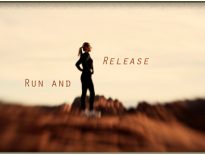 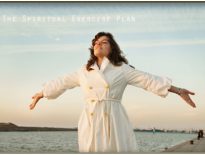