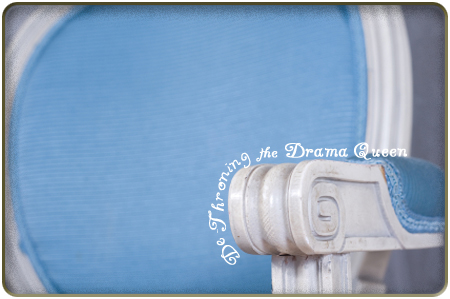 I’m beginning to suspect the phrase “that is SO high school” is kind of a misnomer.

Somewhere along the path to adulthood I acquired this idea that dramatic, over-obsessing about minuscule, superficial matters is somehow a uniquely high school behavior. Yet the older I get, the more I realize my assumptions were unfounded. Such behavior only begins in high school. For many people, the phase never really ends.

No matter the age, I can always find people who thrive on drama. It’s almost as if some women don’t know how to function without it.

I myself am notoriously bad about sticking my nose into other people’s business, or over-analyzing other women’s behaviors. If one of my single friends has a romantic interest of whom I disapprove, I can’t stop talking about what a disaster it’s going to be. It’s a “train-wreck in the making.” If only they would listen to my advice! Or if a female acquaintance fails to say “hello” to me in the hallway, suddenly I’m re-evaluating everything about our relationship: Did I do something wrong? Does she hate me? You know, she always was kind of snobby!

While I’m ashamed to admit my high-schoolish behavior, I am also not alone in it. This dynamic is characteristic of many female relationships, and what is perhaps most disheartening is that it is especially common in churches. As a college minister, I’ve watched as several girls had a crush on the same guitar player, so they picked apart the woman he ended up choosing to date. Small group Bible studies have morphed into exclusive cliques, or a woman’s devotion to Christ has been questioned by those around her because of the size of her house, or because her parenting style didn’t fit the typical Christian mold.

The list goes on and on. The chances are there is chattering of this sort happening in our immediate vicinity. We women feed on it.

Even though we’ve probably all contributed to this nonsense at some time or another, many of us feel more like prisoners of war than willing combatants. But in response to many of the young ladies who come to my office and complain about the drama going on around them, feeling completely frustrated and helpless to stop it, I usually have one thing to say: You have drama in your life because you choose to.

Proverbs 26:20 tells us, “Without wood a fire goes out; without gossip a quarrel dies down.” In short, drama only survives if we feed it. Bickering, quarreling, back-biting, and gossip—drama—is like a fire that will consume whatever it can. It will consume one’s time, conversations, thought life, all of one’s energy, and eventually community as well. And like a fire, the trick to extinguishing it is to cut off its nourishment. The only way to end drama is to starve it.

As I reflected on this scriptural diagnosis about the nature of drama, I discovered that there are two key applications of the text.

The first step to applying Proverbs 26:20 is to resist participating in an argument that isn’t my own. If one of my friends comes to me with a problem about another girl, I am free to listen but I must avoid escalating the conflict by reinforcing her sense of self-righteousness. While this may sound harsh in the face of a legitimate injury, every story has two sides. When I’ve only heard one perspective, I stray into very dangerous, if not counter-productive territory, when I give advice. Instead, I should encourage my friend to go directly to the person involved. If it is between two people, it should stay that way.

I have a friend who is particularly good about this. She is perhaps the most discreet person I know, and she has no tolerance for drama. After years of friendship, I now know better than to try and gossip about someone in her presence. If I do, she will offer nothing to the conversation, and she’ll eventually change the subject. Her discretion has served as a safeguard against drama in our friendship, and our surrounding relationships.

The second application comes in handy when I am directly involved in the drama. In such situations it’s important that I don’t involve anyone else in the situation. Rather than consult countless friends, I should go straight to the person, or people, who have hurt me, and gently communicate my feelings. If they refuse to listen, then I need to forgive them and move on.

I’ve found that when I talk to other people about the situation, I am not seeking godly counsel as much as I am trying to get people on my side. But rather than exacerbate the problem by involving multiple people, it would have often times been healthier to leave the issue in God’s hands, and consider leaving that friend or friend group behind. While this final step may seem slightly dramatic itself, I have learned to be wary of friends that are constantly producing drama. As scripture tells us that a little bit of yeast ruins the whole batch of dough (1 Corinthians 5:6), our friends can have a profoundly negative influence on our lives. So I try to evaluate how their actions might be affecting my relationship with God and others.

So for those of us who have drama in our lives, we must all consider whether we are actually contributing to it. Not all drama is the result of my own actions, but I’m usually contributing at least a bit. And that leads me to the greatest problem with all this drama, gossiping, and bickering.

While I waste hours, days, months, and years arguing about cliques, fighting over guys, and gossiping behind other women’s backs, I take my focus off of that which really matters—God. Drama is one of the greatest distractions from the Christian life. I become so focused on how short Jennifer’s dress was at church that I fail to love God, others, and, of course, Jennifer. So if for no other reason than that, I am striving every day to take the wood off the raging fire that is my self-made drama. 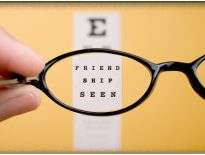 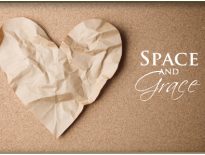