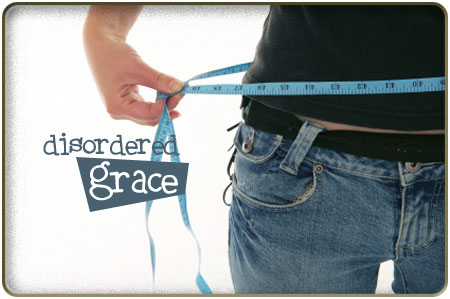 "I’m really, really hungry." I tried laughing to lift the mood as these words fell from my lips.

The six of us sat on the floor of the upstairs bedroom. It was my turn to receive prayer and the ball of emotions that I’d carefully concealed since seventh grade started to unravel. Just six weeks earlier the Lord had begin to deal with me about my eating disorder, refusing to let me ignore the burden of it. And now as we prayed, I was left in tears as I cried out for the first time for healing.

It all started when I’d reluctantly gone to a young adult conference where every message, conversation, and workshop spoke hope into my deep wound. The last night during prayer, I finally began to realize that my worth would never rely on my outward appearance. I prayed for God to let that truth be buried in my heart and to remove the lies the enemy had planted over the years.

I became a Christian one late summer day in a small house church in Memphis, Tennessee, but yet struggled to feel covered by grace. I brought to this new relationship the baggage of years of promiscuity and emotional abuse. I also brought with me the lie that I had to work to get love. Didn’t He see how much I messed up? Wasn’t He paying attention? Couldn’t He understand that this sin was too much for the Cross to bare?

I read many times that the enemy came to steal, kill, and destroy, but I never applied it to my life. Instead, I secretly counted calories, exercised, and popped pills right along with the outlined Bible studies and hospitality duties. What I didn’t know was that even though I didn’t feel free from my eating disorder and wanted to run and hide in shame before I dare confess, I was free. There weren’t enough good deeds to make up for my secret shame.

The problem was that I believed grace was one of the most amazing gifts that Christ could ever bestow, but for other people. Friends who gossip or lie are met with a pat on the hand and words of encouragement. But when forced to confront the yuck of my own sin, I recoil at their touch and turn a deaf ear to their well-meaning words. I was able to fool many a friend, sometimes even myself. But never God.

He wasn’t nor had He ever been fooled. In spite of what I thought, the way I was functioning was never what He desired. Unlike me, He refused to just let me live with treating myself so harshly. There was an abundant life that Christ died to give, and each day I refused to surrender my eating disorder was a day not really lived.

What God desired from me that night as I sobbed was some resistance to the fighting and not to Him. He desired to set me free. What I wanted to deny myself was forgiveness and grace. The only thing that made sense to me over the years was punishing myself for being so foolish. For years, I wasted food and time. I wallowed in self-pity. How could I refuse to eat with so many others dying from hunger every day around the world? It didn’t seem right to walk into the welcoming arms of Christ. He offered much needed rest and healing, but I couldn’t do it.

I wasn’t OK, and the truth of that spilled out that night in prayer. I deeply desired freedom from food, but shame and fear gripped my throat, and I couldn’t unscramble the words in my mind. As the prayers were lifted up, a sobbing escaped my mouth and shook my body. Tears poured through my hands and into my lap. I cried out to God with weeping and groaning from a place I didn’t know existed.

And now I can’t deny the shift in my relationship with God and even myself after that night. There’s a peace that comes with accepting grace. It’s sweeter and deeper than anything that I tried to accomplish on my own.

Sure, I struggle each day and some are better than others, but I know this isn’t where He’s going to leave me. When I get bogged down with calorie counting or feel defined by some number on the inside of my favorite jeans, I know it’s Him reminding me that it’s not my battle to fight alone or even to fight with my own strength. It’s these moments that remind me to rely on His strength.

Over many journal pages and nights spent facedown before Him, He led me to a verse that so often I just skimmed because it couldn’t possibly be for me. But He continually takes my hand and guides me toward this verse:

My grace is sufficient for you, for my strength is made perfect in weakness. Therefore most gladly I will rather boast in my infirmities that the power of Christ may rest upon me. (2 Corinthians 12: 9)

This is only the beginning. It’s been just a few months since I felt Christ grab hold of me and pick me out of such a dark place. Day after day with each meal sending me into an emotional tailspin, He’s been faithful. Joy isn’t conditional. I don’t have to earn it, simply receive it. Some days are good and some are bad, but every one comes beautifully wrapped in new grace and mercy.

Meredith Norfleet is a recent grad from the University of Missouri-Columbia with a journalism degree. When she isn’t writing, Meredith enjoys curling up with a good book or her journal. She also loves to spend time with her best friends drinking coffee, dancing, or sharing life together. Meredith hopes her writing will inspire other women and that the Lord will continue to use it for His glory wherever that takes her!

Spread the love
Related Topics:Meredith Norfleet
Up Next

Meredith Norfleet is a recent grad from the University of Missouri-Columbia with a journalism degree. When she isn't writing, Meredith enjoys curling up with a good book or her journal. She also loves to spend time with her best friends drinking coffee, dancing, or sharing life together. Meredith hopes her writing will inspire other women and that the Lord will continue to use it for His glory wherever that takes her! 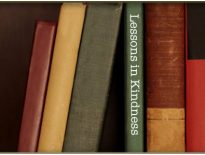 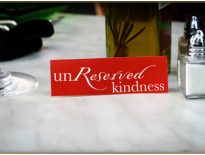