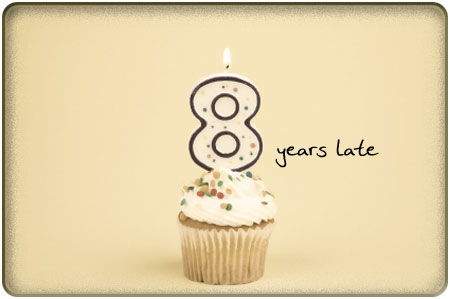 Quickly leaving the Wal-Mart parking lot in my oh-so-ugly peeling-paint light-blue Dodge Caravan, I had the birthday party supplies and seven-year-old in tow. Another eighth birthday-party planning and supply purchasing mission complete. I had done this before. This would be the forth, and the last, eight-year-old birthday party I would ever throw. Breathe.

The dark curly hair in my rear-view mirror was about the only thing that indicated I was not alone … until he spoke up.

“I never had a birthday before.”

That was over ten years ago. I was preparing to host the first Canadian birthday party for my fairly newly adopted Brazilean son, Wallace. With only eight months of parenting him under my belt, and only a few of those hearing him speak English rather than mostly-mysterious Portuguese, I was learning something new almost every day. This was unexpected though.

But somehow he had never had a birthday. And I don’t mean a birthday party — don’t even think about the balloons and cake and presents and fun — I mean a birth day. His day. Missed for almost eight years.

His life prior to us is mostly a mystery. Even the bits and pieces we were able to glean of his two years at the orphanage weren’t enough to form any kind of real history. What kind of grade one project titled “my family” could he ever hand in? And what would fill the spots in his scrapbook where every birthday from one to seven demanded a cute photo?

…You created my inmost being;
You knit me together in my mother’s womb.
I praise You because I am fearfully and wonderfully made;
Your works are wonderful,
I know that full well.

The few realities that were offered by our translator while in the country of his birth only made our hearts ache for all that Wallace had lost. Even under the care of a loving, kind house-mother, nothing was safe or innocent. We struggled to hear some of the only facts we were handed.

My frame was not hidden from You
when I was made in the secret place,
when I was woven together in the depths of the earth.

Once we were home with him, Google searches of every sort only brought my curiosity to an unsatisfactory closure. Brazil+favela+children+life+Rio … a combination with results that varied. None that included the name “Wallace.”

Your eyes saw my unformed body;
all the days ordained for me were written in Your book
before one of them came to be.

I became an obsessed mom for a while — that need-to-know feeling — to do a Google search in order to get a clue about my own son. I was a mom who had the bitter sweet task of guessing virtually every detail of the eight years of life that he had experienced. So many years and memories with very little recollection. Certainly no birthday to call his own. Not even a real birthdate. Just a secondhand gift bestowed upon him by a judge who never even knew him. The wave of a pen or tap of a keyboard and Wallace was born on March 21, 1993.

How precious to me are Your thoughts, God!
How vast is the sum of them!
Were I to count them,
they would outnumber the grains of sand—
when I awake, I am still with You.

And then I had to let it go. The “need to know” had to change to a contentment to leave it alone.

Knowing more couldn’t change a thing. It certainly wouldn’t solve any problems, or give Wallace anything more important than we could give him. And at that moment more than ten years ago he needed a birthday. A first birthday. A day where the spotlight shone on him. A few hours of giving him the stuff we’d frequently be saying “no” to so many times to come. Wallace the star. The center of attention. The birthday boy.

Just as much as Wallace’s need for that first birthday, our kids need to be reminded repeatedly how much we value them. Time will keep advancing, self-esteem will be threatened and bonds even tested. None of our efforts will ever be too much. Extravagant and simple; milestones met and efforts failed; birthdays and simply waking to another day. These are the moments we will never get back to do again.

So, while that first party for Wallace was nothing over-the-top, it was his. His first. First birthday, first pinata, first cake, first bunch of kids gathered just for him. It was certainly not his last. And I have the scrapbook to prove it.

Spread the love
Related Topics:JoAnne Kelly
Up Next

The Fruit of Barrenness 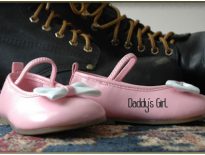 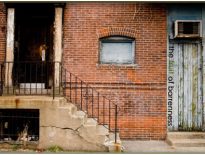 Articles The Fruit of Barrenness