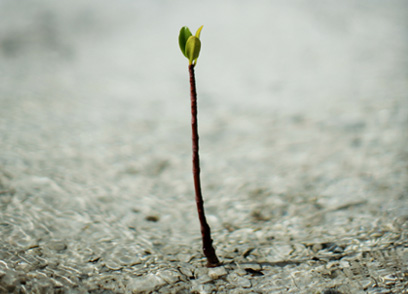 She had kept the letter of the law. And not only in the outward sense, but she was righteous before God. For years she’d lived a life that was blameless before the Lord. She was not perfect, of course, but Scripture records not one word of reproach about her life.

Still, she was barren. And like the women before her — Sarah, Hannah — she viewed it as a disgrace. And so would have everyone else.

She was of the line of Aaron. She was married to a priest. Why would God not bless her with a child? What had she done? Why were her prayers not answered? And now she, like Sarah, was old.

Yet Elizabeth was faithful. Her life saturated with a very vital and personal love for God.

Can you imagine the wonder she would have felt when Zechariah returned home — mute no less — from serving the Lord in the temple and wrote on a tablet that an angel had visited him and they would have a son? How I wish her response was recorded for us!

Interestingly, Elizabeth chose to hide herself away for five months after she conceived. This was not cultural. It seems she may have kept the news of her pregnancy secret for a while. Perhaps her joy was so profound she wanted to savor it. She wanted to prepare herself for a new work the Lord was going to have her do as she raised a special son. One thing is certain. She worshiped the Lord:

Thus the Lord has done for me in the days when he looked on me, to take away my reproach among people.”

Perhaps it was during this special time of confinement that Mary came to visit with her with her own special news. Elizabeth acknowledges with faith the Lord’s work in both their lives and the two women rejoice together in the Lord. What talks they must have had!

At last, the long-awaited son is placed in Elizabeth’s arms. Tiny and wrinkled, swaddled in a blanket, Elizabeth holds her miracle. A miracle not just meant for her, but the nation of Israel. God had had it all planned from the beginning.

Eight days after her baby’s birth, Elizabeth’s strong faith is once again revealed. Those around her try to name her son after his father, Zechariah, as was the custom.

“No; he shall be called John,” Elizabeth responded simply and resolutely. That was the name Zechariah had communicated to her that the angel had said to give him.

Those gathered didn’t take her word for it and appealed to her husband for the baby’s name. Zechariah responds by agreeing with Elizabeth. Immediately, his speech returns!

All the visiting neighbors are overcome with a holy fear. Something is going on. The news spreads all through the hill country of Judea. Everyone was talking, and this time it is not to ponder or judge Elizabeth’s barrenness, but to exclaim over the mysterious circumstances of the birth of her son. Something special and strange was happening and everyone took notice.

And what of Elizabeth? I think we can assume she raised her child as faithfully as she’s lived out her barren years. That she taught him to live righteous and blameless before the Lord.

Did she live to see him full-grown, a locus-eating prophet living and teaching in the wilderness? Did she know he baptized his cousin, Jesus? Did she hear of his imprisonment and beheading?

We don’t know. But however long her life, I think she continued on in faith. She’d been faithful through the long barren years, how could she not continue faithfully after all she’d seen and personally experienced?

Barrenness may take many forms in life. We all have barren places that lie, seemingly in waste. We may even view them as judgment or punishment from God and wonder why He would inflict us with such pain. Yet, we see God’s sovereign plan is always at work, and in Elizabeth’s case, He had something special in mind. So the question becomes, will I continue in faithfulness, despite the lack I see? Elisabeth Elliot encourages us in her book, Secure in the Everlasting Arms:

In the barren places of my life I can be assured that God is there as He is when life is fruitful, and that the time is coming (give me patience, Lord, to wait!) when He will fulfill His word: “I will put in the desert the cedar and the acacia, the myrtle and the olive. I will set pines in the wasteland, the fir and the cypress together, so that people may see and know, may consider and understand, that the hand of the Lord has done this” (Isaiah 41:19-20).

Barrenness can take many forms. Would you be willing to share a form of “barrenness” in your life?

Do NOT follow this link or you will be banned from the site!
The Daily Sip

Elizabeth: Faith for the Barren Years 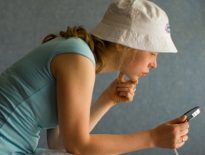