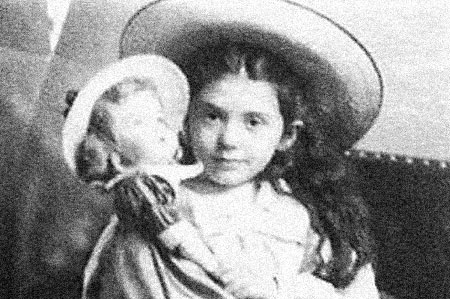 My husband perished on the Titanic.

Yesterday, Ted, our daughters, and I were invited to a Mommy Blogging Event at the Titanic Museum Attraction in Branson, Missouri. It was a short drive from our home in Springfield and we thought it would be a good Saturday diversion. Who could have anticipated that our visit would leave me more moved by the life of the Titanic than its loss?

April 2012 marks the 100th anniversary of the Titanic’s maiden voyage. It was her first and her last. The “unsinkable” ship hit an iceberg near Newfoundland on April 14, 1912. Only 705 of the 2,208 passengers survived. The Titanic Museum Attraction – opened in 2006 by John Joslyn, who headed up the second expedition to the Titanic wreck site – stands as a place to honor and remember these passengers and crew members. And this purpose was clear as soon as we arrived.

As we entered, we were given boarding passes. Each featured a different name of a passenger or crew member from the Titanic and a short biography. While we walked the halls of the museum, we took on the role of this individual, and as we approached the final room of our tour, we waited anxiously to see if we survived.

But as I moved from the streets of Belfast, Ireland, where the Titanic was built, to the corridors of the 3rd-class cabins, and walked an exact replica of the Grand Staircase, it wasn’t Elizabeth who captured my attention. It was then seven-year-old, Eva Hart.

Eva was the daughter of Benjamin and Esther Hart, and she was never supposed to be on the Titanic. Her father had booked passage for his family on the Philadelphia; they were on their way from England to start a new life in Winnipeg, Canada. A coal strike kept the Philadelphia from sailing and the Hart family was offered tickets on the Titanic as 2nd class passengers. Benjamin accepted them with delight.

On my audio player, I listened as Eva remembered, “My father was so excited about it and my mother was so upset… The first time in my life I saw her crying…she was so desperately unhappy about the prospect of going; she had this premonition, a most unusual thing for her.” According to Eva, this was Esther’s first and only premonition; she sensed danger and believed calling a ship “unsinkable” was “flying in the face of God.”

Her mother was so upset that she refused to sleep on the ship. Instead, she napped during the day and sat up at night.

In the midnight hours of April 14th – only four days after the ship departed – Eva’s father wrapped her in blankets and carried her to the deck of the Titanic. She recalled a crewman telling Benjamin, “They are going to launch the lifeboats but you’ll be back on for breakfast.” Her father then helped her and Esther into a lifeboat No. 14. “Hold Mummy’s hand and be a good girl,” he told her.

It was the last time Eva saw her father.

It wasn’t until years later that Eva would verbalize what she witnessed.

“I saw that ship sink. I never closed my eyes. I didn’t sleep at all. I saw it, I heard it, and nobody could possibly forget it.” She remembered the band playing a version of the hymn, “Nearer My God to Thee.” She recounted the “dreadful sound of people drowning.” And she talked about the eerie silence that followed. In 1996, Eva – the last living passenger with memories of this maritime disaster – died at age 91.

I’m not sure why I was drawn to Eva and her story. Perhaps because I have a six-year-old we’d planned to name Eva. (We ended up naming her “Ava.”)

Perhaps it’s Eva’s recollection of her mother’s premonition. It caused me to reflect on my own life. How quick am I to listen the small, still voice of God as He whispers warnings to me?

What I do know is that Eva made the catastrophic loss of the Titanic and her passengers more personal for me; more real. She reminded me of the preciousness of life and the sorrow of losing those we love. I went home to hug my daughters more tightly and appreciate my husband more fully.

When we finished our museum tour, we were given the opportunity to pay our respect to the passengers and crew members of the Titanic. Ted, our daughters, and I each placed a rose petal in a glass case in the museum’s Memorial Room. In the early morning hours of April 15, 2012, the United States Coast Guard International Ice Patrol will release these petals at sea in the exact spot the Titanic went down.

As I put my rose petal in, I thought of Eva Hart and the father whom she lost at sea 100 years ago. And, I was thankful that my husband didn’t really perish on the Titanic as William Stead did.

What Women Fear: A Review

Eva and the Big Ship 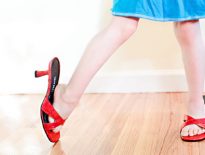 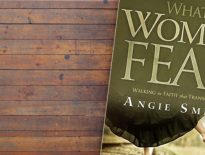 Articles What Women Fear: A Review