My kids are wild about a new book called, The Dark, by Lemony Snicket. Have you read it?

It is the story about a little boy named Laszlo who is afraid of the dark. He is brave so long as the dark stays in the basement where it belongs. But one night when Laszlo’s nightlight bulb burns out, the voice of the dark leads him on a quest to overcome his greatest fear.

The first time I read it to the kids, I got this nagging sense that a giant metaphor was about to jump up and bite me.

A few weeks before I first read The Dark, I came down with a case of the grays. Not uncommon for me around the holidays. I have a history of depression.

My default coping strategy is to ignore it completely, to cast it an occasional glance, or to assign it safely beneath the surface, invisible, in the unfinished basement of my psyche where it belongs. Major life events like childbirth or relocation tend to loosen the latch. But even something as steady as Christmas opens the door to the seeping blackness that blankets my otherwise cheery outlook with ash and sadness. It is much easier to simply tolerate the depression — like an unkempt relative who comes to darken my hearth every Advent. I put up with the smells and the stories until the day after New Year’s when I can resurrect my sanity — at least until their next visit. But to face the darkness is to risk being inhaled by an infinite black hole and spat out in an alien asylum where I will end up popping crazy meds like tic tacs.

No thank you. I would rather carry on my positive pleasantries and bolt the door to my basement blues.

“Laszlo thought that if he visited the dark in his room, maybe the dark wouldn’t come visit him in his room. But one night, it did.”

Before I even realize it is happening, a lunatic has moved inside my head — unloading all of her morbid fantasies, involuntary crying, and swirling helplessness that renders me immune to all vitality. I rehearse all the linear remedies (think positive thoughts, find a hobby, see a shrink, take the crazy meds, etc.) that seem to work for normal people. But still, I find myself wrapped in a Snuggie staring up at the Normals from the bottom of the trash bin because the dumps are more comforting than the light and laughter that lives above ground. Any of the more obvious antidotes might possibly relieve me if it wasn’t for the lead weight of guilt strapped to my ankles for subjecting my loved ones to this gloom. Next thing I know, I am slipping back down to the bottom of my Glad bag covered in pout and Snuggie.

“You might be afraid of the dark. But the dark is not afraid of you.”

It was the week after Thanksgiving and I began to feel the familiar fleece of the blahs closing in around me. But instead of avoiding it, as had become my habit, I brought it in from the cold, built it a fire, and offered it some tea.

I hosted my depression for three days.

It was a risky experiment. I canceled plans, tuned out social media and unnecessary interruptions, and fasted meals with the sole intent of breaking the cycle of depression. I cried. A lot. I prayed and asked every “Why God?” and “Where’s God?” question I could think of. I traced painful memories and allowed their sights and sounds to invade my awareness. I swept every corner of my haunted root cellar until I finally got to the bottom of what my heart desired most.

“Without the dark, everything would be light and you would never know if you needed a lightbulb.”

The results were unexpected. My new guest took on a more gentle and deflated stature. The depression, still replete with all of its irritating and complicated regret suddenly ceased to loom as large as it did before. After three days, the darkness had been redrawn to scale — leading me to respect it as a living, breathing entity and appreciate the supportive role that it plays in my Life Narrative.

“The dark kept on living with Laszlo but it never bothered him again.”

The Dark framed my recent experiment with grief in a gentle and amusing way. God used this simple and childlike tale to remind me of that pivotal moment when I feared I might lose myself forever… and how He allowed the terrifying darkness to lead me straight into the Light.

An Experiment with “The Dark” 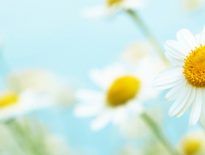 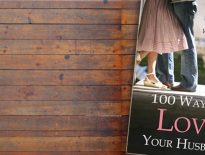