Arioch, captain of the king’s guard, filled the doorway with his powerful frame.

“It is hereby decreed by King Nebuchadnezzar of Babylon that all wise men, enchanters, magicians, and astrologers of Babylon are to be taken into custody and destroyed.” Arioch’s voice resonated in the room where Daniel sat studying a roll of parchment with his friends, Hananiah, Mishael, and Azariah. The friends all looked at each other, startled.

Daniel slowly rose. “What has brought about this decree?” he asked.

Arioch sighed. He did not relish the task given to him.

Daniel was thoughtful for a moment. “Arioch, could you delay this decree? I am going to request an appointment with King Nebuchadnezzar to tell him the interpretation of the dream.”

“You are?” It was Arioch’s turn to look startled.

“I can delay for a little bit, but you must act quickly!” Arioch said, stepping aside to let Daniel pass through the doorway so he could go and secure his appointment with king.

I’ve read this passage many times but had never picked up on this amazing fact: Daniel requested a meeting with the king before he was given the vision of the king’s dream and it’s interpretation.

I guess you could say he had nothing to lose. He was going to die anyway. Why not throw caution to the wind? Although this is the first vision recorded in the book of Daniel that he interprets (there would be more), we are already told in the chapter previous to this account that Daniel had “understanding in all visions and dreams.”

But still. It took serious faith for Daniel to approach the king for an audience when he didn’t yet have the answer the king was looking for.

After making his appointment with the king, Daniel goes to his friends and asks them to pray on his behalf so the vision might be made known to him. One night, the vision is revealed and Daniel praises God.

Daniel’s bold move to secure an audience prior to knowing the interpretation shows confidence and trust in God. And when he reveals the dream’s interpretation to the king, he praises God and gives him credit for his knowledge.

I can’t help but wonder several things. Why didn’t God just give Daniel the vision in the first place? That way all the drama of impending death could have been avoided? While God often does work in supernatural and dramatic ways, it took Daniel stepping out in faith first to activate — so to speak — the miracle of receiving the vision. It was God’s sovereignty and Daniel’s faith working together hand in hand.

It also makes me wonder how many miracles I miss witnessing because I play it safe and never step out faith first? 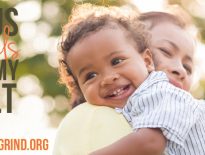 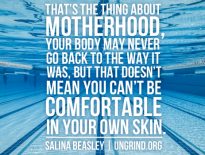