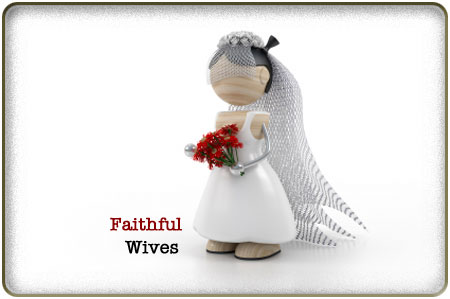 Natalie,1 didn’t have a choice in the break-up of her marriage. While she wanted to forgive her husband’s extramarital affairs, stay married, and try to work it out because she loved him, he abandoned her to start a new life. Left with a young son, she had no choice but to go on with her life.

Sadly, Natalie isn’t alone in seeing her marriage come to an end. Statistics indicate that Christians are just as likely to get divorced as non-Christians. In general, 32% of all Christians who’ve been married have experienced a divorce, which is statistically identical to the 33% incidence among non-Christians. Especially troubling is that the figures suggest that comparatively few divorced Christians experienced their divorce before accepting Christ as their Savior.2

Although it may seem disheartening to the Christian community and women like Natalie who desire to stay married, despite the numbers, there are those who are fighting the good fight of faith, especially when it comes to staying married.

Martha shares that as a young wife, "I always suspected that Bryan was fooling around on me, but had no real proof. He would stay out all night on occasions and come home hung over. I never really wanted to believe it though. I always felt like he loved me. On many occasions before Bryan’s conversion, I wished that I could just stop loving him, so that I could just leave and not feel pain. I loved him, no matter what, and somehow, I knew he loved me too, so leaving was never a real option, besides, I had two small children to raise and not having a daddy was not an option."

With Martha, even when her own heart was telling her to stay, others questioned her decision. "Plenty of people tried to tell me what a great woman I was for sticking by him, others just thought I was stupid for staying, but I just felt trapped and made a fool of for so long."

Kelsey, on the other hand, didn’t discover until seven years into her marriage that her husband struggled with pornography. Waking up one night to find him viewing a pornographic movie was more than she thought she could bear.

Upon entering marriage, Kelsey had believed she was marrying someone committed to God, marital purity, and faithfulness. After confronting him over the pornography, her husband told her how he thought marriage would solve his problem, so he didn’t tell her beforehand. Now, Kelsey felt betrayed, rejected, and deceived. "I suddenly felt like my whole marriage was a lie, that I had been naive. I was angry with him, because he hadn’t told me before we married, so that I could make my decision based on the truth. I felt cheated from the purity I had committed to in my marriage."

Even though Kelsey’s husband told her he was sorry and that he had repented, his secret life continued. Kelsey prayed, even fasted, hoping he would be free, only to discover him involved in it again. She wanted to believe him each time, but eventually, she lost complete trust in him.

As a result, Kelsey experiences disillusionment and, at times, doesn’t want to stay married or even feels that she loves him anymore. Still, she wants to keep her marriage vows to the Lord and shield their two children from the effects of divorce. Nonetheless, Kelsey has her ups and downs, where she struggles with anger, resentment, jealousy, and hopelessness.

Martha discovered the truth of her husband’s unfaithfulness only after he hit bottom. As a result, he gave his life to Christ and entered rehab for drugs, which led to him being tested for AIDS.

"When I found out that Bryan had been unfaithful, it was after his conversion. He only confessed this to me after I had asked him if there was any other way he could have contracted HIV other than sharing needles. I was devastated when I learned that on three separate occasions he had had a one-night stand. I asked a lot of questions about who, what, when, how, but all he could tell me was the color of their hair. He didn’t know any names. Somehow, this made me feel better knowing that he didn’t have any feelings other than sexual toward these women. I also realized he was now a changed man, so I couldn’t hold it against him, although it hurt me. God helped me to forgive him."

Martha didn’t blame herself for her husband’s unfaithfulness, but she did when it came to his drug and alcohol abuse. She always thought that if he loved her enough he would stop for her. Unlike Kelsey, she knew his unfaithfulness wasn’t about her, but rather about his relationship with God. And that her self-esteem is based on whom she is in Christ.

"God was always faithful to me during these difficult days even though Bryan wasn’t," states Martha. "I drew all of my strength from Him and learned that He was the only constant in my life. God protected me, and my children, from contracting HIV and always provided everything that I needed. I learned to put ALL my trust in Him!"

On the other hand, Kelsey went through a time of blaming herself, reinforced by her husband’s comments that "she hadn’t met his needs," or "she had spent too much time with the kids." Painful feelings of being compared to the pornographic images brought self-esteem issues of unattractiveness and insufficiency.

Although it has been years since she first discovered his struggle, Kelsey continues to fight overwhelming feelings of disappointment, anger, and unforgiveness towards him. Yet, she knows and believes that she needs to forgive him, even if he never changes.

Both Martha and Kelsey have remained faithful in their marriages. Martha’s husband Bryan died a few years after his diagnosis of HIV. "I never wanted to marry again after Bryan died, or so I thought, but God had a different plan for me."

Scott, Martha’s new husband, has often told her that knowing how faithful she was toward Bryan was definitely something that attracted him to her. Martha notes that, "I always thought it would be a turn-off to someone, knowing that I had a husband that had died of AIDS, anyone would be afraid to be intimate with me. God definitely blessed me with someone who didn’t share that view, and I am reaping the benefits of being faithful including a post-vasectomy baby! God does have a sense of humor."

As well, Kelsey is committed to remaining married, despite her negative thoughts. She looks to God’s Word to help her through the tough times, when she feels like giving up, or faces painful memories of her husband’s unfaithfulness that sometimes flood her mind. Kelsey continues to pray for her husband, and for herself, that God will change her heart, heal her from feelings of rejection, and teach her to truly forgive. She believes Romans 8:28, "that all things work together for good to those who love God."

Although Natalie, Martha, and Kelsey all chose to stay married, each one experienced a different experience and outcome in doing so. Natalie chose to stay, still her husband left and didn’t want to be reconciled. Later, she married a wonderful man who became a father to her son and their own children. They shared a long-lasting marriage until his death several years ago.

Martha, too, stayed and experienced the joy of forgiveness and the blessing of transformed husband. Even though she eventually lost her husband to HIV, she continues to reap the benefit of her faithfulness in a new marriage.

Moreover, Kelsey chooses to stay each day. While she struggles with adverse feelings towards her husband, she has the hope of God working through her faithfulness to not only change her husband, but also herself. 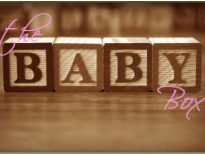 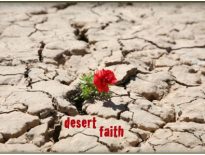