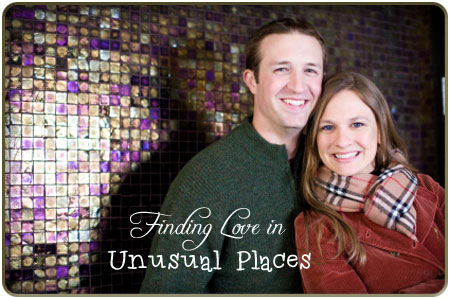 Many women dream of meeting their future husband in a romantic or adventurous manner such as their eyes meeting across a crowded room for the first time or unknowingly jumping into the same taxi to discover true love—just like in the movies.

However, sometimes God works in mysterious ways through unlikely avenues to help women realize love. It can occur in unusual places, uncomfortable situations, or even amidst what look like devastating circumstances. Some women have discovered after-the-fact, how these unplanned events actually were being used by God to direct them on the pathway to finding their future spouse. Romans 8:28 says that God can work "all things together for good to and for those who love Him and are called according to His design and purpose" which is proved true, even when it comes to finding love.

Vicki met her husband while working in a resort. She had noticed the rugged looking firefighter who often responded to emergencies, but he seemed too shy to approach her. That is until one day, someone knocked a heavy chair on top of her foot, shattering the bones in her ankle. The young firefighter didn’t hesitate to rush to her side, treat her injury, and carry her to the ambulance. It ended up being the start of their life together.

Another couple met in a hospital recovery group. Larry had been seriously injured when a car hit him while riding his bicycle. Jodi was recovering from surgery for a life-threatening condition. She was friendly and started up a conversation with him. Larry liked her friendliness, humor, and smile and they’ve now been married for over 20+ years.

Although no one wants to go through times of serious health concerns, God may allow difficulties to occur because He’s going to work through them to fulfill His purposes in our lives. Psalm 37: 23-24, tells us that "the steps of a [good] man are directed and established by the Lord…[and He busies Himself with his every step]. Though he falls, he shall not be utterly cast down, for the Lord grasps his hand in support and upholds him." We often don’t understand why circumstances may happen, but we can trust God to help us through these times of personal distresses and difficulties, and even work them out for our good.

After Hurricane Wilma in 2005, a South Florida woman found herself needing an extra job, besides her full-time one, to help her pay for damages her house received during the storm (the winds blew her upstairs windows out and the cost wasn’t covered by her insurance policy). She was pretty upset by the extra expenses, but it was at this job that she met her future husband, one she’d been waiting on for over 40 years!

As unlikely as it may seem, God can work through times of loss and financial hardships to help lead us in the right direction. Sometimes, this could include living in the pathway of a natural disaster. He’s in control of when and where the storms of life hit and can use their timing to be a catalyst for fulfilling our heart’s desires. In Psalm 147:8 it says, "You lightning, hail, fog, and frost, you stormy wind fulfilling His orders." If we are where God has led us, we can be assured that He has a plan and will be with us through whatever occurs. We can be confident that God won’t let us be misdirected when we are seeking after His will for our lives.

Peggy and Mark’s meeting happened when Mark transferred to a new university. The registrar’s office insisted he take a required English composition class again, even though he had already taken it twice before at another university. Of course Mark wasn’t happy about it because not only was it unnecessary, but it also cost him money and took up his valuable time to take the same course again. However, it was in this class that he met his future wife, Peggy, which turned out to be the only class they ever had together.

Months later at another meeting with the registrar’s office, they questioned Mark as to why he had taken a course again, one he had previously taken twice before. "Because you told me I had to take it," he responded. They didn’t recall giving Mark this directive.

Although it may seem at times that institutions are in control of our steps, think again. Misguided instructions may be a tool God uses to guide us to the places we need to go to fulfill His plans for our lives. Proverbs 16:9 states that "a man’s mind plans his way, but the Lord directs his steps and makes them sure."

Serious injuries, natural disasters, and misguided procedures can be worked together for our good when God is involved. God assures us in Proverbs 19:15 "that the way of the righteous is plain and raised like a highway." If we trust God to lead us, even unusual places can direct us to the love we’ve been hoping and praying to find.

Single Mom in Need of Help 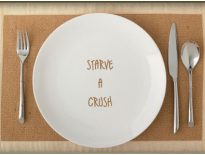 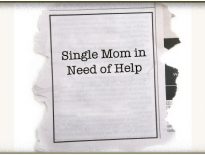