Did you know that Adam and Eve never asked God for His forgiveness?

Their story is unique in that they ate the apple, but when it came time to answer to God, they choose to blame rather than accept responsibility.

Before we judge, how often do our lives follow a similar pattern? When, not if, we blow it, make a huge mistake, or tell a little white lie that we think is harmless, do we admit fault or panic and blame someone or something else?

If we’re honest, it’s easy to blame others over ourselves instead of telling the truth and asking for forgiveness.

Maybe it was the other person’s fault.

Like Joseph in the Bible, we never see him blame others. He certainly had the right too — in fact, the only thing he was truly guilty of was making his brothers jealous. But instead of making them pay — he fed them, took care of them, and sent them on their way back to Israel. Joseph’s righteous actions restored both his relationship with his brothers, and his aging father.

Be encouraged my friends!

There is a reason why there are many examples of forgiveness in the Bible. I believe it’s to show us this simple fact: “In God’s Kingdom, forgiveness reigns.”

Did you know that Pharaoh was the first person to tell God he had sinned? But was it enough? (We already know the answer to that).

Then there was King Saul. He too asked God to forgive him, but that was after he blamed others (twice).

It’s not until we get to the example of David that we see sin, forgiveness, and repentance in harmony. It’s also interesting to note though, that it wasn’t until after David was confronted by the profit Nathan that he asked God to forgive him. Even David, a man after God’s own heart had to be confronted.

Before we beat ourselves up about what we’re not taught in Sunday school, we need to remember God’s grace.

In our sufferings, we have the awesome privilege of identifying with Jesus. Once we take up our cross we find hope. It’s amazing how one act of surrender, submission, and humility can help us regain control. Giving up doesn’t mean you’re a failure. It gives God the ability to do what He already said He’d do — take over. You can trust Him when you’re faced with the deepest, darkest night of the soul (Forgiving Others, Forgiving Me, pp. 165-166).

God can and will use everything the enemy intended to harm you for His good. Today you have the choice to get alone with God and conduct business.

Get on your knees.

Do whatever it takes to remember why forgiveness matters, and that God rewards those who are truly repentant.

The Devil Made Me Do It!

Where Adventure Meets Redemption: An Interview with Dani Pettrey

Renee Fisher is an adoring wife to Marc and mom to their pit bull named Star. She is a spirited speaker and author of five books, including Forgiving Others, Forgiving Me (Harvest House, 2013). Renee is the founder of DevotionalDiva.com, and loves nothing more than to spur others forward. She is on the Advisory Board for ChristianMingle, creator of Quarter Life Conference, and a Biola University graduate. Renee lives in CA and loves running on sunny days. A Dream Coach, she loves connecting with new people daily. Connect at ReneeFisher.com. 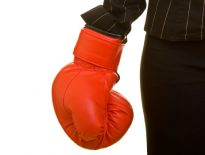 Daily Life The Devil Made Me Do It! 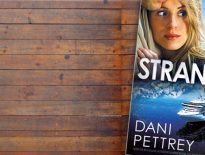