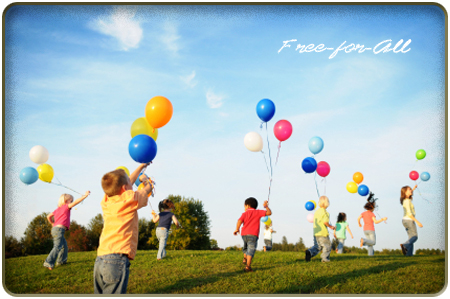 As a child I remember thinking it would be great to be an adult; to have the freedom to make my own decisions without everyone telling me what to do and not to do. It seemed I had little to say in my choices and that parents, teachers, and almost everyone else was just trying to crush my fun!

In an episode of ABC’s classic sitcom Growing Pains, the youngest daughter, Chrissy, expresses similar feelings. She’s upset over her bedtime. Feeling deprived, she imagines what everyone is doing after they make her go to bed.

She envisions colorful clowns, friends coming over to party, and every fun activity a little girl can imagine. She doesn’t realize that they aren’t putting her to bed just to be bossy, but because they have a responsibility as parents to see she receives the rest she needs to grow and be healthy.

Like Chrissy, little did I know that becoming an adult actually means being responsible to more people: supervisors at a job and government agencies like the IRS, DMV, and more! It’s less freedom with more responsibility, and more people telling me what to do.

In my childish reasoning, I lacked understanding and appreciation for the freedom of being a child. Now, I recognize many people may view a relationship with Christ in the same way—as a loss of freedom.

But it’s not losing at all.

Instead of forfeiting freedom, as a believer in Christ I gain freedom from fear, worry, from having to sin, and much, much more. Galatians 5:13 states, “For you were called to freedom.”

The dictionary defines freedom as “the condition of being free; the power to act or speak or think without externally imposed restraints; exemption, immunity from an obligation or duty.”

It means when I’m tempted to worry about my daughters on a new adventure with friends, I can give my concern over to God, and be free from playing out worst-case scenarios in my mind.

And in situations where I don’t know what to do, there is freedom to dwell in God’s peace instead of staying up all night weighing the pros and cons of what to do.

Sure, some appear to see God’s freedom as a ticket to do whatever they want and claim it’s OK. But Peter says in 1 Peter 2:16, “Act as free men, and do not use your freedom as a covering for evil.”

Instead of having freedom to do whatever I may feel like doing (boy, can feelings be off at times!), there’s freedom to check my motives before acting and choose to do what’s loving, considerate, and generous.

I’m also free to know the truth. Jesus says in John 8:31-32, “If you abide in My word, then you are truly disciples of Mine; and you shall know the truth and the truth shall make you free.”

There’s freedom to abide in God’s Word. And when I do, truth comes in every situation, setting me free from lies and deception that could mislead me.

Freedom in Christ also gives me the ability to freely give. Jesus instructs in Matthew 10:8, “freely you received, freely give.”

God’s freedom gives me the ability to love people who don’t know Him. To look past their sin and see who they can be in Christ. Freedom for compassion, grace, and mercy.

Because He has given freely, I can give without needing it to being reciprocated— freedom to be charitable, forgiving, kind, gentle, and patient.

In the film Tuck Everlasting, lead character Winnie Foster is offered an opportunity to have freedom from death. She’s given a chance to drink from a wellspring that can give her life everlasting.

It bothers me that she chooses not to drink from the spring. I can’t understand why she wouldn’t choose life? Especially when it’s offered free, as a gift, and provides her freedom from the sorrow and loss of death. She would never have to die.

In Zechariah 13:1 there is a promise of a fountain whose flow will cleanse me from sin and give eternal life. Revelations 1:5 points to the source of this cleansing flow, saying, “Jesus Christ … who loved us and washed us from our sins in His own blood.”

Because of Him I’m offered an escape from eternal death and an opportunity to life everlasting. Romans 6:23 states, “For the wages of sin is death, but the free gift of God is eternal life in Christ Jesus our Lord.”

Being a child has so many wonderful benefits—especially as a child of God. Just like growing up, I have a loving Father who is there to guide, protect, and love me no matter how childish I may act at times. And most of all, He releases me from the obligation and duty of trying to pay for my own sin. It’s a free gift—free-for-all. 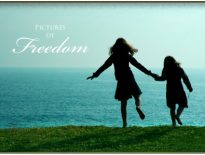 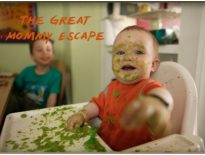