Years ago, as a freelance writer, I longed to know that God was touching hearts through my writing. Seeing testimonies of how others had been inspired by reading a particular article or book and knowing how God had worked through others’ writing to inspire me, I asked God for some encouragement.

It was a pretty simple request: Could He please have someone mention to me how they had read an article of mine and it had made a difference? Living in Hawaii at the time, I was thinking maybe a local person might see something written with my name attached and comment on it.

Remarkably, instead of receiving a passing comment, within a couple of days of my plea, a letter arrived from a well-known magazine. Opening it up, my eyes were surprised to see another envelope with a foreign looking postmark and stamp tucked inside. It had my name written on it in care of the magazine.

Apprehensive at first, I carefully opened it up to see a photo of a smiling young African man along with a letter dated three months earlier. Seeing the date reminded me of Isaiah 65:24, “It will come to pass that before they call, I will answer; and while they are still speaking, I will hear.”

Written by an enthusiastic man named Joel, he first wrote a few things about himself and then how he had recently read an article I had written. Not remembering when it had been printed, I looked up the date to find it had published three years earlier. Somehow this printed issue had been circulating since then and ended up in his hands.

The article shared some of my personal experiences and suggestions on how to share your faith with your friends. Joel said after he read it, he was so encouraged that he went right out and did so. Because of his faith to act on what he had just read, a young prostitute he met on the street was introduced to Jesus and her life changed.

While reading his letter, I was amazed at the great lengths God had gone to in order to answer my prayer, one I had just prayed a few days ago. Instead of having someone nearby offer encouragement, God moved through a young man, half-a-world away, three months before I even asked.

As Ephesians 3:20 reminds me, “God is able to do far more abundantly beyond all that we ask or think, according to the power that works within us.”

email
Related Topics:featured
Up Next

From Africa With Love 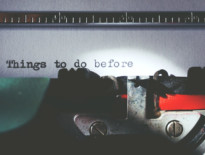 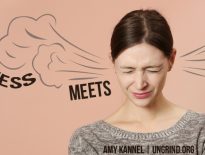