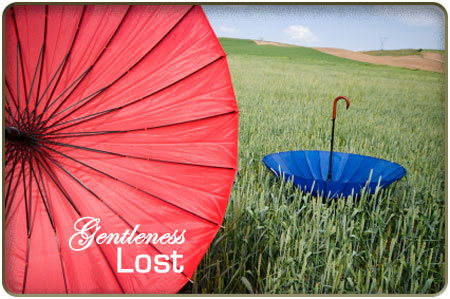 Here I was, once the compliant firstborn, peace-loving older sister, and well-trained pastor’s daughter — now a mannerly college student — and what was my constant prayer? Dear God, please help me be nice to Stan.

In all my twenty-something years, I had never met someone who could get under my skin the way Stan1 could. It didn’t matter that he was almost old enough to be my father, or that I liked and respected him as a fellow follower of Jesus. He might as well have been the aggravating older brother I’d never had, because he certainly knew how to push all my buttons.

I preferred an old-fashioned feminine reserve. He persisted in trying to drag me out of my "shell." He told tacky jokes. I told him off. He gave unwanted compliments. I bristled. He teased me outrageously. I rolled my eyes. Though I was sure he didn’t do it on purpose, he was still sarcastic and loud and hurt my feelings. And though it was the last thing I wanted, I grew sarcastic and loud, and hurt his feelings.

Where was all that gentleness I was so sure I had?

A cup brimful of sweet water cannot spill even one drop of bitter water, however suddenly jolted.2

My experience with Stan was just another of the surprising jolts of adult life. I also found myself yelling at a younger brother who refused to do his math, responding sullenly to an employer, and facing off with my parents just when they most needed my support and understanding. I desperately missed the old mild-mannered me.

Gradually, God opened my eyes to what Jesus meant when He said, "The good man out of the good treasure of his heart brings that which is good, and the evil man out of the evil treasure of his heart that which is evil, for out of the abundance of his heart, his mouth speaks." I was simply speaking out of the things that up until now had lain hidden in my heart: impatience, bitterness, and self will. And clearly, since all those noxious things were in there, they had to come out sometime, for my own good. But what about all the people who were getting burned as a result?

"The fruit of the Spirit is … gentleness."3

Now I began expecting be jolted, jarred, and tested. It was a start, but I still needed to fill my heart up with a deep inner reservoir of sweet, rather than bitter water. It comes, of course, from the great sea of gentleness to be found in my Savior. I’m learning that there are no refills to be found in "me" time, from which I come away fretful and selfish. However, if I spend time with Him away from the clamoring demands of myself, I come away rested and able to be more clearly aware of the needs of others. In the Bible, gentleness is characteristic of those who really see others: the shepherd who knows the limitations of the nursing ewes and tiny lambs while traveling, the high priest who understands the temptations of those he prays for, and God Himself, who is acutely aware of the sufferer and his need for consolation.

My experience with Stan taught me an important lesson. If my father had been there, he would certainly have stuck up for me. Since he couldn’t protect me in this situation, I felt threatened and vulnerable, and tried to stick up for myself, with disastrous results. Finally, I learned that I’m able to be gentle, rather than argumentative or defensive, when I allow my Heavenly Father to be my defender. And He is always with me.

I recently came upon this comment made by an Israeli wife and mother. Read with an emphasis on belonging to and being backed by God, it provides rich food for thought.

[An Orthodox Jewish] woman is first of all ‘of ‘: She’s the daughter of, the wife of and the mother of, and this does not come out of any feelings of inferiority or oppressed status. On the contrary, I’m a feminist, I’m all for femininity … and as I see it, a woman, in order to preserve her femininity, needs backing from the male. A woman who takes everything on herself and thinks she’s independent — the price she’ll pay for having to deal with everything alone will be an added brusqueness. She has to become tougher, less sensitive, to cope. Being ‘of ‘ others creates a defense that protects my natural gentleness, which I love.4

Nothing is so strong as gentleness, nothing so gentle as real strength.5

In a culture that values strong, self-reliant, assertive heroines, gentleness sounds a lot more like weakness, laziness, and capitulation to bullying. Nothing could be further from the truth.

In English, the word gentle is descended from the Latin word for "family" or "clan," which came to mean a person from an aristocratic family. The powerful, it was assumed, were well-schooled in considerate behavior and knew how to avoid injuring the feelings of others.

In Greek, the word translated as meekness or gentleness is related to the training of a powerful horse.6 Anyone who has seen the dance of the Lipizzaner stallions knows the beauty of strength under such exquisite control. And it is the control, not of duty, bullying, or humiliation, but of love.

My dad is a fearsome soccer player. He loves a good debate. He’s passionate about his work, about his family, about God, and about right and wrong. This week, I watched closely when someone tried to cheat him out of about $300. All that passion was kept in check as he made measurements, listened to the arguments, and weighed his options. Once it became clear that it was a choice between his money and giving a picture of Jesus to the man who was despitefully using him, he willingly paid the difference. That’s a true gentleman.

The apostle Paul writes of "the gentleness and meekness of Christ."7 What did it look like? Jesus described Himself as set under the authority of His Father, yet He was the One before whom demons trembled and sickness vanished; the One who blasted into death and hell and left them forever vanquished; the One so compelled by love to lay down His life for us that He never called the ten thousand angels at His disposal.

God has given us women incredible influence over the men and children in our lives. It is possible for us to be manipulative, to nag, to tempt, to wound deeply. It is also possible for us to sit at the feet of Jesus and be compelled by His love to clearly see the needs of others, to rest in His protection, and to lay down our lives for others. And that’s true gentleness.

Spread the love
Related Topics:Elisabeth Adams
Up Next

The Power of Gentleness

Elisabeth Adams has been blessed with four taller-but-younger sisters, three unquenchably quirky brothers, two adventurous parents, and one compelling Redeemer. All this has led to so many moves that she's never sure how to answer the question, "Where are you from?" But since 2003, she has spent much of her time in Israel: studying Biblical backgrounds, exploring, day-dreaming, crafting, travelogues, and helping other people write. Someday she might finish the books that are bouncing around in her head, but meanwhile she loves enabling friends at home to "see" the land that Jesus knew. 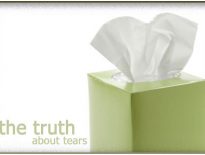 Articles The Truth About Tears 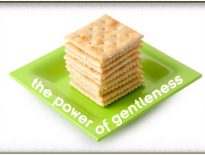 Articles The Power of Gentleness