After my twin boys were born, my husband and I were faced with many uncertainties regarding my one son, Judah’s, future.

Judah was born with a red birthmark known as a Port Wine Stain (PWS) which covered 40% of his body. He also received a related diagnosis known as Sturge-Weber Syndrome (SWS), a vascular condition that affects at least two of three areas within the body: one’s eyes, brain, and skin. We had never heard of SWS prior to Judah’s diagnosis. Our pediatrician provided information but it was only the words “seizures,” “stokes,” “blindness,” and “mental retardation” that I remembered.

Not long after we brought Judah and his twin, Tucker, home from the hospital, we watched a special the Discovery Channel ran on extreme surgery which detailed the journey of Geoff Ritchie, a young man whose facial Port Wine Stain had grown and blebbed to unusual enormity, causing not only what most would consider severe disfigurement of his face but also functional problems as well. We learned about a related syndrome, Klippel Trenaunay (KT) which effects one’s limbs, causing the affected one to grow longer or bigger than the unaffected one along with causing potential circulatory issues.

I wondered if Judah would end up with a KT diagnosis at some point.

We found a group of folks who quickly became like a second family, all either having SWS themselves or having a family member with SWS. We were directed to a foundation that was established for the support of SWS/PWS/KT patients and families, as well as further research on these syndromes, known as the Sturge Weber Foundation. Through the online forum and the SWS Foundation’s publication, Branching Out, we would read stories of others experiencing such unique manifestations of the same diagnosis.

At times, the exposure to the facts of SWS and the personal experiences of those living with SWS tempted me to fear. I gathered statistics from our doctors and wondered if Judah would break the odds. I looked for pictures online and elsewhere of people with PWS who looked “normal” in my attempt to convince myself that my son would not end up “disfigured” like the man I watched on the Discovery Channel. I celebrated every milestone Judah hit while the temptation to fear he wouldn’t hit the next one would crouch at my heart’s door.

With persistence, the temptation to rely on man’s knowledge of SWS or to fear for our future sought to overcome me. Thankfully, God gave me respites from that fight, but they were typically brief. It wasn’t long before I found myself back in the battle to trust God and His promises rather than statistics and man’s wisdom. 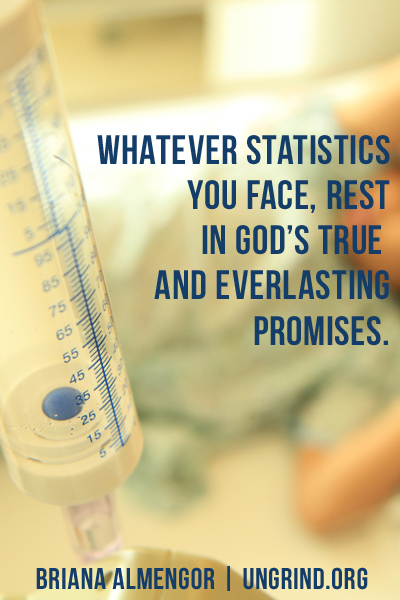 At the beginning of Judah’s life and even now, I consistently must return to this truth: My God is a God of Promises not Statistics.

God’s Word does not promise me that Judah’s sight will be preserved, but it does promise me that His grace will be sufficient for me and for Judah and that His power is made perfect in our weakness (2 Corinthians 12:9).

God’s Word does not promise me that Judah will continue to develop and grow as other boys, but it does promise me that the good work He’s begun, He will bring to completion (Philippians 1:6).

God’s Word does not promise me that Judah will live a long life, but it does promise that His goodness and love will follow us all the days of our lives (Psalms 23:6).

Oh the many and precious promises of God that are all mine to believe and stand firm in as the temptation to fear wages its war in my heart and mind.

When the boys were first born, a friend gave us a stack of books her kids had outgrown. One of my favorites was a book entitled, My Promise Rainbow, published by Standard Publishing. It takes the story of Noah and walks the reader through the colors of the rainbow. Each color represents a scary part of the flood account: purple for the storm, blue for the rain, etc. After each color’s ominous account comes this phrase:

But God remembered Noah, who He gave this special promise to:
“A storm is coming but I’ll be with you.
I’ll keep you safe. My promise is true.”

That little poem, written in a children’s story book, was like an anchor for me for many months. Sadly, the book had to be thrown away after my children teethed on it and tore it to shreds in their “discovery” of books. But, the gentle promise of God’s enduring love and faithfulness will always be true.

Whatever storms you are in or whatever statistics have been presented to you, my prayer is that you too will rest in God’s true and everlasting promises.

Leave Your Jar at the Well

Dear Mom Who Left in Tears

God of Promises, Not Statistics 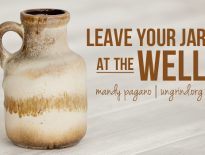 Articles Leave Your Jar at the Well 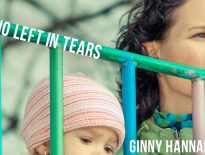