It was a Sunday night, “budget book night,” when I walked into the house and threw remnants of my parents’ minivan tail light down onto the dining room table. My parents sat there with their lined notebook open, where numbers accounted for the few nickels and dimes they had to rub together to make ends meet for our family of nine.

Shocked and confused, my step dad and mom peered up from the budget book and gaped at me, asking with their questioning glances, “What’s this?”

Sullen and self-condemned, I stood there anxiously awaiting a lecture at best, severe punishment of a month’s grounding and financial reimbursement at worst. Hoping my sunken countenance would be enough to communicate how regretful and sorry I was for what I had done, I started right in telling my parents what had happened.

“Some friends came to see me at work tonight and invited me to grab pizza with them after I was finished up at work. I suppose I was so excited about going out with them, or maybe it was so dark in the parking lot that I couldn’t see well enough. I don’t know for sure why it happened, but I backed the minivan into Linda’s new Toyota Forerunner.”

At that point, I winced even further and choked back tears as I continued to say for my parents what I knew, or thought I knew, they would say to me.

“I know I’m grounded and will pay for whatever damages on Linda’s and your vehicles. I’m betting the insurance will raise your rate, and I’m aware that I will have to cover that as well.”

My step dad barely flinched, reached into his back pocket, took out his wallet and pulled out a $10 bill. He threw it in my direction and with a sincere smile said, “Go get pizza with your friends. We’ll figure this out later.” 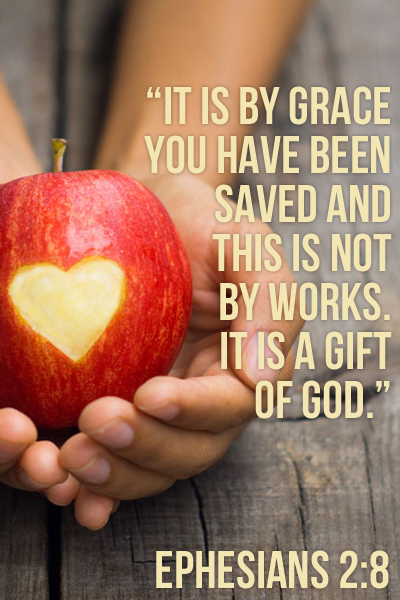 That $10 was worth much, much more to me in that moment. You see, my parents strove to teach all their children responsibility and that one’s actions merit consequences. What one sows, that will she reap. It was drilled into our heads and hearts both in theory and in deed. We were raised with an appreciation both for how far a dollar can stretch and how hard it is to come by. My parents had seven children to provide for on one income, and they did it by faithfully taking that budget book out every Sunday night, going over every last penny they spent and determining how they were going to make it all work for another week.

I’m so grateful that my step dad knew how to take $10 and make it stretch. For me that night, it stretched all the way to priceless.

It was the first time I recall experiencing biblical grace. Ephesians 2:8 says, “It is by GRACE you have been saved and this not by works. It is a gift of God.”

I’ve heard grace defined as “unmerited favor,” favor one is given that she did not deserve. By age 16, having grown up in the church, I knew that I was saved by grace. I knew that grace was what Jesus showed to me when he died on the cross. I knew that while I was still a sinner, Christ died for me and that THAT was grace.

But, that evening I knew it in an entirely different way. I knew it because I saw it; I lived it; I was shown true grace. I was shown favor I did not deserve.

Since that time, I have rehearsed the gospel a thousand times over in my mind. I have sought to apply the truths of the gospel to my everyday life in practical and meaningful ways. I can’t say I always live a life that reflects the good news of God’s grace to me accurately. But, I am grateful that I have that night to look back to and remember what grace with skin on looks like. I have my step dad’s example, and many examples since then, as a mental picture of what I am aiming for in living a grace filled life.

Have you experienced “grace with skin on” like this? I would love to hear about it.

Championing Our Kids with Pluses, Even on the Hard Days

Grace with Skin On 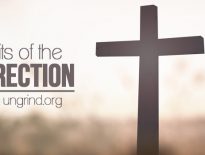 Articles 3 Benefits of the Resurrection 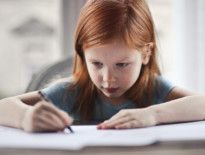 Articles Championing Our Kids with Pluses, Even on the Hard…