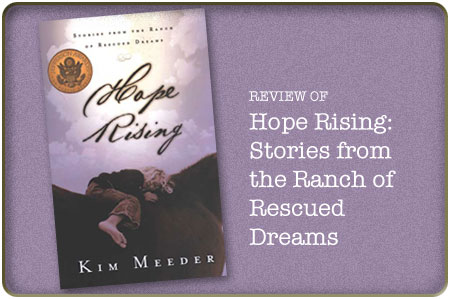 "Honey, your parents have died," nine-year-old Kim Meeder was told.

Devastated at the news of her parents’ murder-suicide, Kim immediately fled the room, attempting to run as far away from the truth as she could. Her flight led her to a small orchard where she cried out to Jesus for help. She writes "it was there in that barren place that the Lord of all knelt to comfort a broken child. In that instant my life was saved."

Grief-stricken, Kim found refuge in "the love of the Lord" and her first horse, Firefly. Each day after school she raced home to her grandparents’ house, changed into her riding clothes, and spent hours on the back of Firefly. There she allowed the tears to flow freely, finding comfort in the gentle presence of her four-legged friend.

Years later, after she and her husband Troy purchased a former quarry and transformed it into a working ranch, Kim watched as another young, hurting girl found a haven in the presence of horses. It was then that Kim’s dream for Crystal Peaks Youth Ranch was birthed. A ranch she describes as "a simple place where angels disguised as starving horses could reach out to the hearts and the souls of starving kids."

Today, Kim’s dream for Crystal Peaks Youth Ranch is a reality. A nonprofit organization, the ranch rescues abused and neglected horses and pairs them with hurting children. And it’s stories from this ranch that make up Kim Meeder’s inspiring book, Hope Rising: Stories from the Ranch of Rescued Dreams.

Beautifully written, the book is a collection of real-life stories of how God birthed hope, faith, trust, and joy in the lives of broken and hurting children through their interaction with horses who’ve been rescued from abusive situations. My heart was broken by the true stories of abuse and neglect, yet at the same time filled with hope and faith at the healing and restorative power of God.

One such non-fiction tale is that of Diane and her two daughters Breanna and Heather, who fled an abusive husband and father. Kim writes:

Her [Diane’s] husband’s assaults were so ferocious that she had been hospitalized fifteen times. Once, in a drunken fury, he had smashed one of her arms and her collarbone, then seized her and threw her out of a second-story window. By the grace of God, with angels rushing in, she managed to catch a railing with her unbroken arm and hold on until help arrived.

During her husband’s brief imprisonment for the beating, Diane packed up her two girls and fled for her life.

After a long and tiring drive across the country, Diane and her girls settled in Oregon where they read about Crystal Peaks Youth Ranch in the newspaper. Breanna and Heather immediately starting asking their mom to call the ranch. After a week of pleading, she finally did.

Kim welcomed Diane and the girls to the ranch for a day of riding and celebration of Breanna’s eighth birthday. On that day, two frightened little girls who’d been forced to grow up too quickly, were able to find what Kim describes as "a flicker, a glimmer, a tiny glow of hope …. And with hope, a new freedom—to play and to laugh like ordinary kids."

She goes on to write, "Diane told me later that our first day together was a turning point in their lives. It was a day when hope took root and began to grow—when the fear that held them in bondage for so long received a mortal blow."

Blessed be the God and Father of our Lord Jesus Christ, the Father of mercies and God of all comfort, who comforts us in all our affliction, so that we may be able to comfort those who are in any affliction, with the comfort which we ourselves are comforted by God.

Her life is a testimony of what it means to faithfully draw from our own pain to reach out and minister to others who are experiencing hurt similar to what we’ve walked through.

In the end, Kim Meeder’s love and service to those who are hurting will receive a much greater reward then her 2004 Jefferson Award—a Nobel Prize for public and community service. It will receive a "Well done, good and faithful servant" from the very One who taught us what servanthood is.

The Face of Love

Review of Hope Rising: Stories from the Ranch of Rescued Dreams 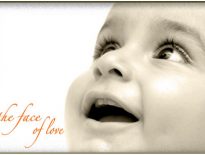 Articles The Face of Love 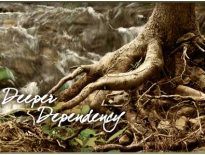