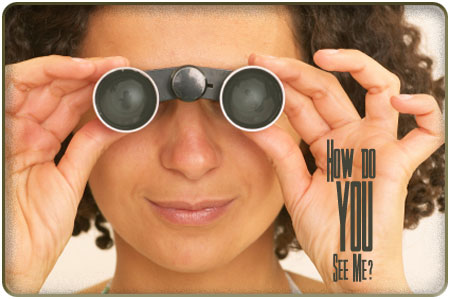 Sharing is difficult for me. I fault my inability with the fact that I was the only child for nine years. For almost a decade, I shared with no one. By the time my sister was interested in toys, my adolescent self possessed only clothes and diaries.

Nearly two decades and three kids later, the word “mine” is no longer a staple word in my vocabulary. However, there are definite traces of ego-centrism in my life. When I save grocery bucks by shopping at Walmart, I make sure some of the money saved goes toward the required latte I must have in hand while I push the cart of discounted groceries. When every other payday happens and that line item “clothing” pops up on the monthly budget, I’ve been known to buy new plaid high heels for myself instead of Spiderman underwear for one of my growing boys. And that’s not the worst of it. I ate the last bite of cheesecake last night. My husband asked for the fluffy cream cheese and strawberry slice of heaven and I ate it. The worst part was that I was participating in a week long fast, sort of.

Those things are insignificant compared to my faith. Sharing someone as huge as Jesus is hard. The few times I have tried, I’ve simply thrust the idea of Him forward, like a child holding out her favorite doll, waiting for her playmate to reach out and take it. It’s awkward, poorly timed, and I’m not good at it. I stagger down the Roman road reeking of insincerity.

Taking these weaknesses into consideration, I’ve been lucky my husband works in a church. Everyone on staff is required to already know Jesus and that’s who I’ve befriended. Outside of co-ministry coordinators at church, I have a weekly Bible study, a girls’ small group, my mom, and friends, all of whom are already believers.

Eight months ago, my Christian bubble burst. Last February I decided staying home had been a blast, but a semi-part-time job at my favorite franchise coffee shop would be a fun break from the normal and help fund those grocery-store lattes.

Suddenly, being back in an environment that wasn’t centered around church, I was exposed to lifestyles, habits, and temptations I hadn’t seen since I’d accepted Christ. There were people smoking next to me when we took breaks together, and I won’t lie, those cigarettes didn’t smell all bad. After just a month, words were slipping through my thoughts that had been banished from my regular vocabulary for some time.

As I was learning to render my identity as a believer with the desire to be invited into the lives of non-believers and to make new friends, an unexpected and disastrous season in my life began. We’ll call it “the summer of 2008.” Everything I once held dear in my marriage, my identity, my love for life the way that it was, gradually slipped away. I entered one of the deepest places of wilderness I have yet to know in my walk with Christ. It was barren, it was lonely, and it brought out the worst of my rebellious personality.

Since home was such a tumultuous place—a battle ground between my husband and me—work became my place of release. Several saw me come into work at my worst, mascara running, eyelids puffy, and cheeks a road map for the Mississippi. I poured out my frustrations to them, rambling about my marriage, the stresses of being a pastor’s wife, and my desire to break free from it all.

I allowed my emotions to overflow to people who knew my role within the church. Soon, I encountered a dilemma that is very specifically addressed in Scripture. In the middle of my struggle, I spoke of the church, which Christ declared as His bride, as feeling like an unsafe place for me. Hypothetically, if my verbal frustration was the only exposure someone had to Christianity and the community within the local church, I wasn’t making it sound very desirable. Instead, I fueled any fire of doubt they had about Christian sincerity, the sovereignty of God, or even the transformation that takes place when one entrusts their life to Jesus.

Ephesians says that everything is permissible, but not beneficial. While Paul is talking about sexual immorality here, I don’t think it is difficult to apply this scripture to my situation.

While it is OK for me to have hard times in my life, I must be careful not to deliver a sense of hopelessness in what God has planned for us. While it is OK for me to be hurt and need encouragement and a listening ear, I must not paint a nasty picture of the local church and help Satan in his conquest to keep people away from Christianity and the church.

The danger God warned me of was this: In a few months, this trial would pass for me. It wouldn’t be so easy for those who had watched me falter. My rebellion, if extended, could have ruined my reputation as a Christ follower, thereby compromising my message of His love and goodness.

After this summer, I have a heavy decision to make in the way that I decide to represent Jesus Christ to a public that needs Him. When times are tough, do I sound and behave like my old self? Or do I choose to speak hope and faithfulness into my desperation, leaving in my wake of pain a trail of restoration in Christ?

This latter choice I believe is another example of how to live in love, even when life is less than fair.

Marian Green resides with her husband and four children. She is an adoptive mom, a pastor’s wife, and (once again) a student. She is currently working on a non-fiction project for “bad girls” — helping women who have lived lives of promiscuity to redefine marital intimacy. In between it all she takes a deep breath and realizes, none of this was what she had planned in life … and she loves it. Marian blogs at Uprooted and Undone.

How Do You See Me? 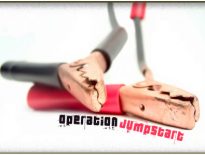 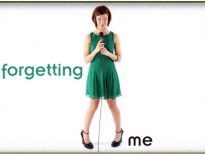