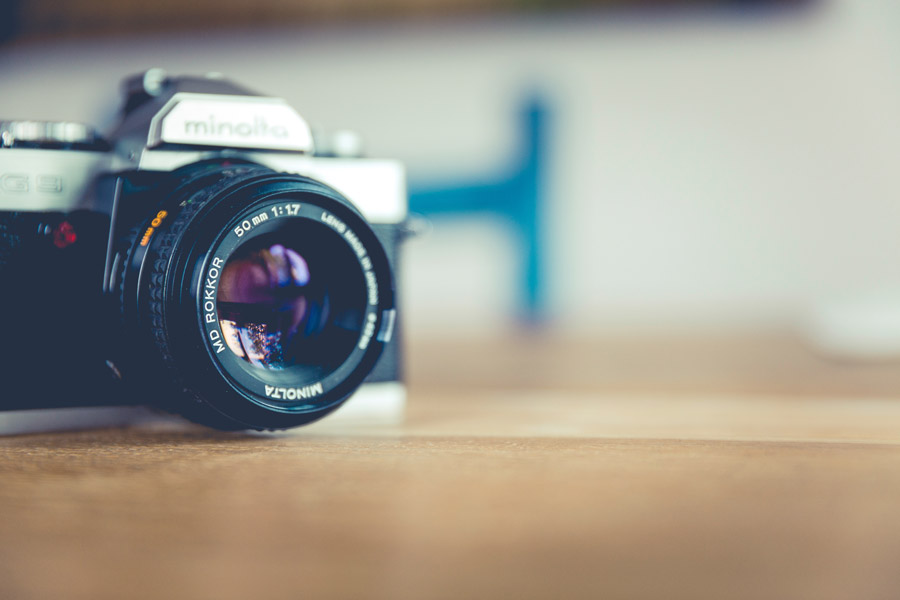 Many years ago, I photographed a well-known author/psychiatrist. As he was finishing up a phone conversation, I set up my lights and moved a trash can from view. When he put down the receiver, he roared, “Who gave you permission to touch my things?” I stopped and stood frozen, uncertain if he was asking a rhetorical or actual question. Since I typically default to the low road in such circumstances, I offered an apology and went on to add, “I am sorry if this is a bad time for me to be here. I am well aware that when someone is making a photograph, they are forcing you to be vulnerable and if that’s not your choice, it can make you feel very uncomfortable.”

His shoulders softened and he responded — in total seriousness — “I thought I was the psychiatrist here.” I laughed and thankfully, we actually had a good session. I left with a signed copy of his most recent book, a warm handshake, and a grateful heart; it doesn’t always end so well.

During the past two weeks, I’ve been making thousands of images of folks who are richer and more powerful (in worldly metrics) than me. They drive Mercedes Benz, BMWs, and Range Rovers. They command respect and attention when they walk into a social setting. Yet none of their power, prestige, or wealth are able to subdue the self hatred which rises to the surface when I point my lens in their direction.

“Can you photoshop my eyes to make them larger?”

“Will you trim some weight off my neck and upper arms?”

“Can you take ten years off my face?”

“I always look horrible in photographs.”

These are actual questions/statement that these power brokers have confessed. In each situation, I feel a combination of sadness and anger. I want to ask, “Who told you that you look terrible? Who told you your eyes are not beautiful?” Of course, I am asking a rhetorical question because I know the answer. I have been getting feistier as I age and on one occasion this week said, “I’m not sure who told you that you don’t photograph well but whoever it was lied.”

We seldom go through our days aware that we have an enemy who delights in tearing us down, in lying to us, in trying to separate us from God and from each other. But we do. When the power brokers cringe before my lens, perhaps fearing that I and others will see what they work so hard to conceal, that enemy is manifest.

Our perception of beauty is complicated. The media portrays the ever under thirty, ever anorexic, white woman as the standard to which we should all aspire. According to an article in the New York Times, the average model is 5’9″ and weighs 118 pounds. The average American woman is 5’2″ and 140 pounds. That seven inch, twenty-eight pound differential can crush those of us who will never replicate these standards. And so we dodge the cameras, hide behind others, or frantically seek out professional sculptors who inject us with toxins or surgically remove unwanted fat. I have no moral objections for Botox or plastic surgery but when we seek external remedies to an internal need, it won’t work.

Few of us would admit to having pockets of self-hatred. It feels shameful and immature. Admitting to another person — yes, out loud — that we struggle to accept ourselves is mandatory if we want to find freedom. In my battle against self-hatred, I have found that simply talking about it isn’t enough. I need to actually call it sin and deal with it as such.

Labeling self-hatred as a sin might seem counter-intuitive. Hear me out. We are all created in God’s image. God himself stated that his creation was good. That means God sees me, a fifty-four year old woman carrying an extra twenty pounds, with an angular nose and small eyes, as good. Any pejorative labels I stick on myself simply discount this reality.

As people who follow Jesus, we hopefully know what to do with sin: confess it (as in out loud to another human being) and repent. Over the years, I’ve found confession increasingly easy. It’s the repentance part which takes concerted effort and determination. I have trained myself to listen to my self talk. When I was younger and made mistakes, I would often think, “What a jerk. I can’t believe I was so stupid.” Or I’d glance at myself as I passed by a mirror and categorize everything that I deemed unacceptable about my body. I now know and recognize such thoughts as the enemy’s. I will not submit to them. I want to live out the rest of my days being able to accept who I am and what I look like even as I endeavor to be transformed into Christ’s image. So when those pesky thoughts pop up or when I notice that I’m avoiding mirrors, I actually say — out loud and with as much authority as I can muster — “I rebuke you spirit of self-hatred. Leave me alone and go to the foot of the cross.” If Scripture is to be believed, our enemy is not “flesh and blood but evil rulers and authorities of the unseen world” (Ephesians 6:12). If you have committed your life to Christ, the authority we have is greater than the enemy’s authority and he has to obey us. And rest assured, as you are reading this, he wants you to think I’m a lunatic.

One of these recent shoots wasn’t going well. My subject was balled up with anxiety and no amount of affirming words could help her relax. Though I knew this was risky, I said, “This is not my normal protocol but I’d like to pray for you and for this time. Would that be okay?” She seemed skeptical but agreed. I invited God’s presence into the room, into her mind, and told any accusing spirits to leave. The shoot went well from then on.

We are living in a war zone; don’t assume you have to make friend with the enemy. Next time you find yourself on the other end of a camera lens, think of all of the unique ways that you reflect the image of God. Remember that you are fearfully and wonderfully made. And then smile — really smile — because You. Are. Beautiful.

Dorothy Littell Greco works as a photographer, writer, and speaker. Her passion is helping others find their way through this sometimes confusing world. She and her husband have three sons and one daughter-in-law. You can find more of Dorothy’s work on her website or by following her on Twitter (@dorothygreco) or Facebook.

How Photography Exposes Our Self-Hatred 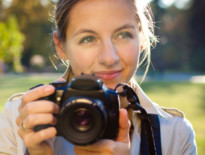