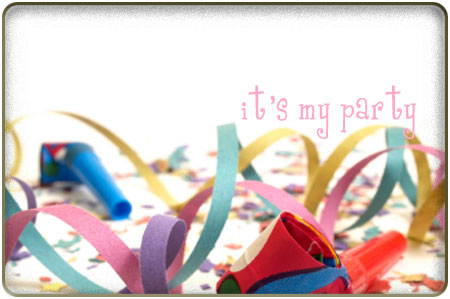 "Did you see the email from David?" my husband Ted asked over the phone.

He quickly filled me in, summing up the email we’d both received just a few minutes earlier. "Turns out they won’t be able to make it to the party after all. They’re going to be on vacation."

I was taken aback. I thought they’d already RSVP’d with a resounding, "Yes!" But as I read the email myself, my heart sank. Here was one more set of guests to mark off the invite list. That left us with only one family able to attend.

The news was more than I could take. Before I knew what was happening, the tears started to flow. My voice trembled, dissolving into sobs of disappointment. I questioned whether we should even have the party now.

It’d been one of those mornings. My pregnant body felt less than 100%. Closer to 35%. There was constant screaming and fighting between my two daughters. And the steady traffic in and out of the house by the general contractor, electrician, and framing inspector—all there to work on the basement we were finishing—was getting old. Fast.

My emotions felt raw. Spent. Out of control. Anything but a reflection of peaceful tranquility.

I quickly allowed the disappointment to morph into feelings of being slighted. In my free reign of emotions, I started making assumptions I had no basis for. Vacation. I thought. I guess it wasn’t too hard to find something more appealing than coming to our party.

In tears, I called my mom. "I’m canceling the party," I informed her, going on to share how our friends couldn’t come because they were now going on vacation. I waited for her to join my pity party and affirm my feelings of rejection.

Instead, she encouraged me to give them the benefit of the doubt and believe the best. "I’m sure they have a good reason. Maybe they had a family-related issue come up and they simply didn’t want to get into all the details."

As I listened to her words, I started to see how sinful my response to the situation had become. While there wasn’t anything innately wrong with feeling disappointed, as soon as I’d allowed that disappointment to turn into assigned motives, I’d ventured into sin. Even worse, if truth be told, I’d inwardly justified my over-emotional reaction as a result of hormones. Being six months pregnant was no cake-walk, after all.

Not surprisingly, this isn’t the first time I’ve used my emotions or hormonal state as an excuse for sin.

During this pregnancy I’ve found it more difficult than normal to keep my emotions under control. One minute, I’m grouchy. The next, I cry at the drop of a sippy cup. Then, I’m irritated and impatient. Too many times, I nurture these feelings when I should send them packing. Before long, my emotions aren’t merely internal. I verbalize them through complaining. Or I nurse self-pity into a full-blown party, tiny violins and all. What’s worse, I justify my behavior. "I know I shouldn’t complain," are the words that come out of my mouth. "But I’m pregnant. My hormones are crazy right now. I can’t help it.”

I think part of me feels entitled to act however I want when my body is experiencing hormonal changes during pregnancy or when it’s that time of the month. After all, my emotions are going every which way. During these times, I tend to justify behavior that other times I’d consider unacceptable. Sadly, in doing so, I expect those around me—including God—to understand and excuse sin in my life.

It’s not that I necessarily want to give into sin. Or that I set out to indulge in it. It’s simply that it’s a lot harder to exercise self-control when my emotions don’t want to cooperate. Emotions are powerful. Even though they sometimes change from minute to minute, they can seem like a close friend. And too often, I strongly believe I’m 100% justified in whatever I’m feeling, often throwing self-control to the wayside.

More and more, my crazy emotions bring with them fresh identification with Paul in Romans 7:18-20. I find myself echoing his words:

For I know that nothing good dwells in me, that is, in my flesh. For I have the desire to do what is right, but not the ability to carry it out. For I do not do the good I want, but the evil I do not want is what I keep on doing. Now if I do what I do not want, it is no longer I who do it, but sin that dwells within me.

I struggle with constant condemnation because in the battle with my emotions, I often lose.

But I don’t have to. Even in the midst of pregnancy hormones, I don’t have to allow my emotions to so easily carry me into sinful attitudes and behaviors. I’m learning I can follow some practical steps to keep my emotions in check and to stay on guard from indulging in and excusing sin. And, in the process, live a much more peaceful life.

In her book Be Angry, But Don’t Blow It!, Lisa Bevere writes that I’m putting the blame for my sin on God when we say "I couldn’t help it" or "I just couldn’t control myself." She explains that in doing so I’m "contradict[ing] God, who says we can do all things through Christ who strengthens us." When I think about my excuses—such as pregnancy hormones—in this light, they become much more serious. I’m able to recognize my sin for what it is: sin.

Be reminded of God’s truth. Feelings are fickle. God’s Word isn’t. As Joyce Meyer writes in her article, "Who’s the Boss, You or Your Emotions?":

How can I not walk according to my emotions? By reminding myself of God’s truth as written in His Word. I can "preach the gospel to myself," a concept I was introduced to several years ago. What this means is I first recognize, as noted above, feelings lie. Many times they don’t reflect reality. I then go to Scripture so that I can counter the subjective truth of my emotions with the objective truth of God’s word.

For example, when it came to the party, I felt slighted by our friends. My feelings screamed: They’ve broken their commitment to come because of a vacation! A funeral, I’d understand. But vacation? I then started rehearsing in my mind the situation. When instead, I should have been quick to extend them the same grace I’d want to receive if the tables were turned. I didn’t know all the details. They’d been faithful friends to us and deserved my understanding. As Jesus instructs in Matthew 7:12, "So whatever you wish that others would do to you, do also to them, for this is the Law and the Prophets."

Ask for accountability. I’m learning the importance of asking my husband or a trusted friend to hold me accountable for my attitudes, words, and actions. I continually ask my husband to point out to me—in a loving way—if he sees me behaving in a sinful manner. Proverbs 27:5-6 tells us, "Better is open rebuke than hidden love. Faithful are the wounds of a friend."

Recognizing my sin in the situation with our friends wasn’t a magical formula that caused the disappointment to suddenly subside. But what it did teach me—even as I continued to struggle—was the importance of viewing the cancellation with grace and understanding. And not with sin. I once again discovered that even at my most emotional moments, I can learn to walk in a way that is Christ-honoring. Pregnancy hormones and all. 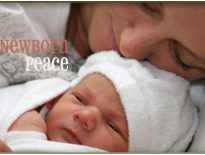 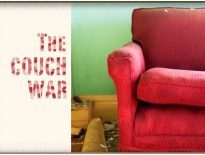