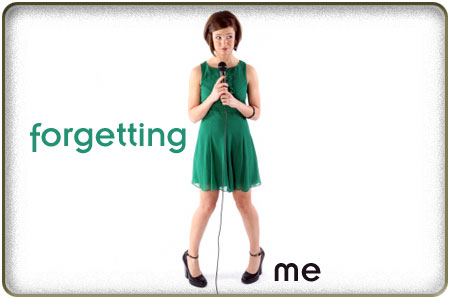 I heard him before I saw him. His loud booming voice rose above the noise of the downtown square.

“Sinners, I promise you that Hell is your destination if you do not repent and turn from your evil ways. The pits of Hell will welcome you into their fiery depths because of your adultery and addictions and killing of babies. You are cursed!”

The faces of those in the crowd wore looks of horror and hatred. Some proclaimed, “This is why I hate Christians!”

I stood there in disbelief. My heart ached as I thought of how God was being misrepresented to these onlookers. This man standing on his proverbial soapbox did not once mention God’s love, grace, forgiveness, or sacrifice.

Walking away, I thought about how as a Christian I have the responsibility and privilege of being an ambassador of Christ to the world. What I do in His name should be glorifying to who He is.

For example, I used to call my mom’s car the “fish car.” On its back, it sported the Christian symbol, actually called the Ichthys. It is said to have been used by early Christians to identify themselves as Christians to each other. Whenever I would drive her car I’d say, “I have to watch how I drive because I have the ‘fish car’ today.” It was a joke, but I did realize that people would see the fish on the back of the car and assume that the driver was a Christian. If I chose to cut someone off, do 95 mph in a 65 mph zone (I sometimes lost track of my speed when I was younger!), or any other driving offense, the person behind me would likely associate my behavior with Christians and God would be misrepresented.

I think about the man preaching on the street often and I’m reminded to be gentle and loving to those around me. At the same time, I also realize that despite his harsh method, and though I don’t personally agree with most of his message, at least he was out there. I find it much easier to criticize him from afar than to step out and actually do something myself.

I choose the sidelines for many reasons. Often I think that I’m not good enough, talented enough, interesting enough, or many other negative adjectives that you can put in front of “enough.” Therefore, I wait for someone else to come along and do what I’m convinced I can’t do.

In January 2005, I went to India on a short-term mission’s trip. While I was there, I had a life-altering experience. When I came home, I was asked to share my story, twice. And I refused, twice. My excuses to the inviter, myself, and to God were all of those adjectives-plus-enough that are seemingly always present in my mind. Because I refused, someone else told their story. The people who heard the story were blessed, as was the person telling the story.

I can relate to Jeremiah when God said to him: “Before I formed you in the womb I knew you, before you were born I set you apart; I appointed you as a prophet to the nations” (Jeremiah 1:5).

I’m sure he was thinking about all of the other people he knew in life that surely would have been better at speaking to the nations than he could ever hope to be. In other words, I am not good enough, talented enough, or interesting enough.

But God tells Jeremiah, “‘Do not say, I am only a child. You must go to everyone I send you to and say whatever I command you. Do not be afraid of them, for I am with you and will rescue you,’ declares the LORD.” (Jeremiah 1:7-8)

The thing is it’s not about me. It’s not about what people think of me or how many times I mess up. It’s all about Him. There will be times when I don’t feel comfortable, capable, or compelled to be gentle and loving, to give care, or to help someone in need. I must keep reminding myself that I’m a tool created by Him and for Him, to be used in any way He sees fit. He will equip me with whatever I need to complete the task that He has given. I only need to surrender and obey.

Just a couple of days ago, I was asked to share my testimony with the women’s group at our church. I thought back to the last time I was asked to do the same thing, how my fear and lack of faith kept me from accepting the invitation. I couldn’t do that again. So I will share my story, hoping to touch someone else where they are in their story, always holding fast to God’s promise, “…for I am with you and will rescue you.”

Lauren Pratt is the mom of two beautiful girls, Jaida and Evangeline, and wife to a loving and supportive husband, Jamie. After working in the legal field as a paralegal for many years she has recently become a stay-at-home mommy. When she has free time she likes to read, spend time with her family, including a very large extended family, and most of all, write. She is excited about watching God move in her life and in the lives of those around her.
Spread the love
Related Topics:Lauren Pratt
Up Next

How Do You See Me?

Lauren Pratt is the mom of two beautiful girls, Jaida and Evangeline, and wife to a loving and supportive husband, Jamie. After working in the legal field as a paralegal for many years she has recently become a stay-at-home mommy. When she has free time she likes to read, spend time with her family, including a very large extended family, and most of all, write. She is excited about watching God move in her life and in the lives of those around her. 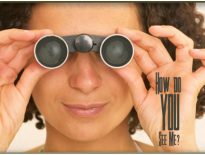 Articles How Do You See Me? 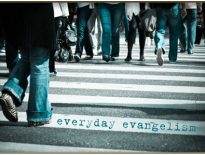