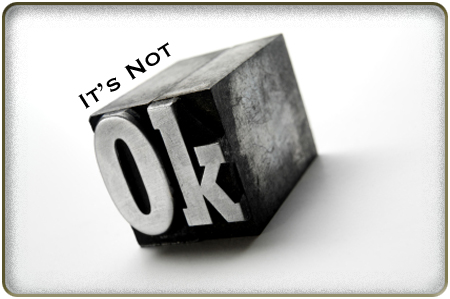 My last credit card statement contained a surprise. My charge at a certain restaurant was higher than my receipt indicated. The waiter had given himself a little bonus. Clearly wrong. Clearly something I needed to address.

Several days later, I received a letter from a Christian charity I support sharing its plans to donate funds to breast cancer research. Because of some past advocacy work, I knew that one such research organization supports the operations of pro-abortion Planned Parenthood, while simultaneously refusing to tell women about the potential link between abortion and breast cancer. I couldn’t just ignore the letter and pretend I had never read it.

The fact that I’m likely to say “No!” when it comes to money may not be a surprise. I doubt I’m alone in this.

Personal safety is another area in which I typically stand my ground.

I ask people to drive the speed limit. I used to make my now sister-in-law drive on the interstate so we could avoid sketchy neighborhoods late at night. I check in with someone when returning to an empty apartment and expect that designated someone to follow up if I don’t call.

As black and white as these situations may seem, I still waste a lot of time and energy debating what to do. And then, ironically, I am often reluctant to do what I know is right because it will take too much time, the outcome is uncertain, or the personal impact of walking away is small or non-existent (as far as I can tell).

The truth is, I don’t like saying “No.” Often, I don’t want to disappoint, confront, or be judged uncool for doing so. So when the grayish situations come along, as they inevitably do, I’m too exhausted to make my best decisions.

What do I do when my convictions clash with those of my friends? Do I go along on the wild night out? Do I stay silent when my Christian co-worker talks about his fiancée sleeping over? Do I financially support loved ones when I don’t agree with how they are spending the money? Do I work on a Sunday if I’m on deadline? Do I tell the cashier she undercharged me? Do I keep secrets about alcoholism, lust, or an eating disorder?

Everyone has gut responses, but how often are they followed? Am I more likely to swallow hard, forge ahead, and bury my reservations in the interest of keeping the peace — or at least the status quo — praying that nothing “really bad” happens? Or will I have the strength to say, “No, it’s not OK”?

I don’t relish battle, and I don’t fight just to fight. But there are times when it is appropriate to stand for truth and morality and principles. Sometimes that requires discomfort on my part. And sometimes it requires me to risk a relationship. At the end of the day, I’m accountable to God. Have I honored Him with my time and my resources? Or have I honored the god of convenience? The god of what makes me feel comfortable? The god of … me?

Chariots of Fire is one of my all-time favorite movies. It follows the 1924 British Olympic track team. I have always been moved by the scene in which soon-to-be Olympic champion Eric Liddell tells the Prince of Wales that he will not compete on a Sunday.

I still remember how stunned I was when it registered that Liddell, a college-aged Scottish missionary kid raised in China, was defying the future King of England and turning his back on one of his best chances for an Olympic medal — for God. The strength of his conviction and his courage in expressing it awed me. He knew what he was about. He cared more about what God thought of him than man. He cared more about honoring God than about his own convenience or reputation.

I want to live that kind of life.

There’s always at least one unresolved issue rolling around in my mind. Rather than leave it there, festering, I need to choose what to do about it, take the prescribed action, and move on. Either I deal with it, or it taunts me endlessly with its unresolved nature. Knowing that I need to deal with it does not make the solution easy, but there are several things I remember as I gather my strength:

I need to set aside the mental anguish sessions and spend that time better. I need to examine my beliefs and decide on personal non-negotiables — not just in money and safety. When I have time to make difficult decisions, I will be grateful. And that time taken will prepare me to make better decisions when contemplation isn’t an option.

So I’m learning not to take the easy, nonconfrontational route in all areas of life. It’s far better to voice my concerns about something that makes me uncomfortable or is certainly wrong, than to approve it with my silence.

Black, white, and gray, life keeps coming, and I want my “no’s” to be heard.

Spread the love
Related Topics:Miriam Slagle
Up Next 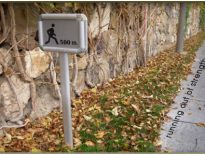 Articles Running Out of Strength 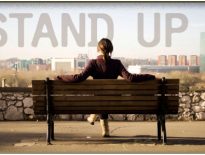