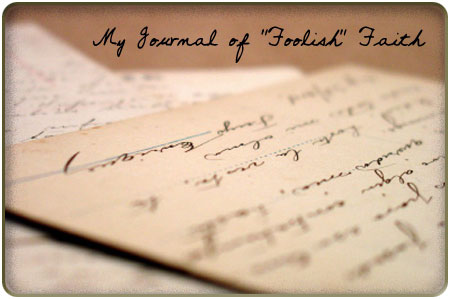 Me. Standing in line at the county welfare office. Embarrassed.

Sure, I knew that programs such as Medicaid and WIC were designed to help families such as mine—those going through a temporary time of unemployment and financial strain—but still. While I didn’t look down on others who needed the assistance, my husband Ted had two master’s degrees. I had one. We were the last people I expected to be accepting government aid. Yet here I was, filling out paperwork requesting state provided health insurance and free dairy products, cereal, and juice for myself and my 13-month-old daughter.

And the fact remained, I was embarrassed. Ashamed. For some inexplicable reason, I’d always viewed myself as above that—until nine months ago.

Little to our surprise, Ted was laid off from his job of five years. The company had recently announced its plans to move their offices from Virginia to New York City. While employees were offered the chance to relocate, no cost-of-living adjustment came with the offer. Squeezing into a studio apartment in the midst of the "Big Apple" wasn’t our idea of fun. So we declined and as a result, Ted found himself without a job and our one-income home without an income.

Despite our knowledge of the impending situation, we hadn’t prepared for it. Ted hadn’t started looking for other jobs. And, as time went by, the leads he followed all resulted in dead ends. Nothing was materializing.

Still no leads. At least none that panned out. In the midst of it, I discovered I was pregnant with our second child. While we were excited at the news of our peanut-sized Slater, the timing of it left me feeling stressed. We had no steady income, no health insurance, and no certainty of what the future held for us.

Colorado. Ted had been talking about it for over a year, even before rumors of the layoff. About moving there, working there, and contacting old friends. Finally the talk became action. He sent an email to friends from grad school, asking if they knew of any jobs in the Centennial State. We received an immediate reply.

Turns out there was a potential job opportunity for him. Problem was, it hadn’t been created yet. It was still in "the works" as they say, with no promise of how quickly it’d become reality.

Even though it was only "talk" at this point, we held on to the possibility of it. Both Ted and I felt our hearts increasingly drawn to Colorado. Inside we starting having a "knowing" that God had a plan for us there, despite the lack of tangible evidence.

Because of this, we took a bold step of faith. Ted felt that he was to stop looking and applying for other full-time jobs. Instead, we both continued to take on freelance work as we waited to see what God had for us in Colorado.

Still no definite job in Colorado. Week after week, friends at church asked the same question, "Have you heard anything on the job?" To which we’d answer, "No."

Many times we were asked why Ted hadn’t applied for unemployment checks, which would’ve brought in much-needed income. The problem was, it required him to actively search for a full-time job in our area, which wasn’t what we felt God was leading us toward.

Not looking for another job in the meantime and not applying for unemployment seemed foolish. Irresponsible. But to us, it wasn’t. It was faith. It was having the assurance of things hoped for and the conviction of things not seen.

With each question, with each quizzical look, with each passing day and passing month, I came to realize that walking in faith means we might look foolish. Maybe even to ourselves. That, as we step out and follow the Lord’s leading, not all of the steps are going to make sense or fit the plan our society dictates as the "right" way to go. But "foolish" faith is nothing new. Scripture contains story after story of real-life individuals whose faith in action didn’t make sense to those around them.

Look at Abraham. He waited years and years for his promised son, Isaac. In fact, he was a wrinkled old man when he finally held his wrinkled newborn. Then, years later, God came to Abraham and said, "Take your son, your only son Isaac, whom you love, and go to the land of Moriah, and offer him as a burnt offering on one of the mountains."

"What?" Abraham could have thought, "Excuse me? What about being a father of many nations? Wasn’t Isaac key to seeing this promise fulfilled?"

Yet Abraham was obedient. He took his son, went up the mountain, and prepared to sacrifice him. Right in time, God stepped in and provided another sacrifice, a ram. Isaac lived and God honored Abraham’s unfaltering faith in Him. Faith that wasn’t afraid to appear foolish.

Then there’s Elijah. First, he challenges the prophets of Baal to a competition. The rules: both teams would prepare an altar. Whoever’s god sent down fire first, would be proclaimed the true God. But Elijah didn’t simply prepare his altar by laying out the sacrificed bull. No. He instructed those with him to pour jar after jar of water on the altar and then he waited for God to send fire. How silly this must’ve seemed to all the Baal worshippers. Surely this prophet didn’t expect a fire to burn after all that? But Elijah’s seemingly "foolishness" was rewarded. Fire came down.

And, what about Jesus? When he arrived at Jairus’ house, there was great weeping because everyone knew Jarius’ daughter was dead. Gone. End of story. But Jesus saw things differently. He told them, "Do not weep, for she is not dead but sleeping." And they laughed at him. Thought His words were ridiculous. Couldn’t He see that she was dead? What seemed "foolish" resulted in a little girl getting up and eating.

Ted and I finally came to a place where we sold our condo, packed up what would fit in our too-small -moving van, and drove to Colorado, even before Ted was actually hired. A big step of faith. Two weeks after we arrived, he finally got the job offer. In the end, our faith saw fulfillment. And Colorado’s been our home for over two years.

Now, when I look back at my time in the county welfare office, there’s no shame. No embarrassment. And I no longer count myself as above it.

While I do hope it’s a season we won’t have to repeat, in hindsight I see how God used the assistance we received for good. How it enabled us to not simply settle for "pretty good" in the area of jobs, but to hold out for God’s best in our lives. And I’m reminded by that season of paperwork, WIC checks, and social workers, that trusting God is never foolish.

My Journal of “Foolish” Faith 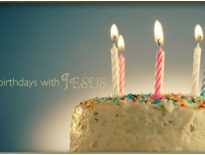 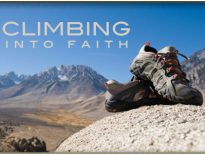