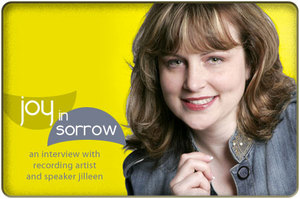 At the heart of contemporary recording artist and speaker Jilleen’s ministry is her desire to communicate God’s love to a broken, hurting world. She recently spent some time talking with Ungrind, sharing her journey to parenthood and how she’s found joy in the midst of sorrow.

Can you tell us a little bit about your background, where you grew up, your family, when you started singing, and when you accepted Christ into your life?

I grew up in Northern California with my three sisters. I first started singing in the third grade when I tried out for Rudolph for our church Christmas program. It was my first rejection. At 11 years old, I accepted Christ while at camp. Then at 14 years old, I started taking voice lessons, sang in choirs, and in college trained classically with an emphasis in voice performance. I had to sing in four languages to graduate: German, Italian, French, and English.

You and your husband, Andrew, were married in 2002. In 2005 and 2006 you lost two babies. Your first one through an ectopic pregnancy and your second baby through a miscarriage. And something unusual happened to you while driving to the emergency room during your first loss. Can you tell us about it?

I heard the Lord tell me to sing the song "Come Now Is The Time To Worship." At first I questioned, Why I should sing such a song while driving to the hospital? I thought, Why should I praise the Lord when I am in trouble and hurting? This is the time when I should be calling out for help to God, not praising Him. At least that’s what I thought!

But after thinking about it, I realized that God was trying to teach me a very important lesson. Psalm 7:17, says, "I will give thanks to the Lord because of His righteousness and will sing praise to the name of the Lord Most High."

I learned through this passage that we are called to praise God because He is righteous. Not necessarily because of what He has done for us in the past or what He will do for us in the future. Instead we are called to praise Him simply because of who He is. In the middle of driving to the hospital, not knowing what lay ahead, I found great comfort in praising God despite my circumstances.

How did you and your husband cope after your first loss?

My heart felt empty and I knew I would never forget the little one I had lost. I would always wonder what he or she might have looked like. As a part of the grieving process, my husband and I decided to sponsor a child through World Vision in honor of the baby. This was our way of memorializing our child and remembering our experience.

Not long after your loss, you discovered you were pregnant again. But then suffered a miscarriage. After your second loss, how did your feel about God?

After my second pregnancy my relationship with the Lord was somewhat strained. I had just gone through losing one baby, now God was allowing me to lose a second. I didn’t understand why this was happening and still to this day do not have a clear answer. My only conclusion is that God does not promise us that we will not go through difficult times. Rather He promises to be there for us and comfort us during these times.

Psalm 119:76 states, "May your unfailing love be my comfort, according to your promise to your servant." And Matthew 11:28 says, "Come to me, all you who are weary and burdened, and I will give you rest." The key to these verses is that Jesus promises us rest and comfort in the middle of our situations. This was something I had to learn to take to heart and depend upon it in my life.

What would you tell other women who are maybe going through miscarriages or disappointments in conceiving?

I’d like to share the hope that there is joy in the midst of sorrow. The Lord promises to comfort us during times of distress and dismay. 2 Corinthians 1:5 summarizes perfectly, "For just as the sufferings of Christ flow over into our lives, so also through Christ our comfort overflows."

Did you find this to be true during your time of loss?

During such a dark time, it’s hard to feel comforted. I had to hold on to the verse and wrap my mind around it, because I could get so lost in grief. I could know in my head what Scripture says, and then let the knowledge of it flow from there to the rest of me.

Interestingly, your latest CD, The Hymns Experience, was birthed during a time when your physical births were ending unsuccessfully. How did you happen to choose to do a CD of hymns?

I was actually inspired to do this hymns project after listening to a favorite CD of mine called Hymns From The Ryman by Gary Chapman. Every time I listen to this album it draws me closer to the heart of God and enriches my relationship with Him. I want to do the same for my listeners; to inspire them with new renditions of their all time favorite hymns, but at the same time, guide them into closer communion with Him.

What’s one of your favorites from the CD?

"Softly and Tenderly" is one of my favorites because it is expressing the yearning of Jesus. It’s a beautiful picture of Him calling to us.

And something special happened the day after your CD release party. You discovered you were expecting another baby!

I did conceive again and despite a few minor complications had a wonderful pregnancy. I gave birth to a healthy baby boy weighing in at 6 lbs. 8 oz, and 19 ½ inches long named Garrett Seiden Butler on New Year’s Eve, December 31, 2006.

Has motherhood changed your life?

Yes, it took me a good year before I felt like I’ve got this thing down a little bit! I went from full-time touring, appearing 100 times a year, to changing diapers and learning how to cook. It’s been a time of transition.

Since my son is almost 2 years old now, I’m planning on 25 speaking and singing engagements. I also have two books that will be coming out this year. One is tentatively titled The Rants and Ravings of the First Year of Motherhood, which will be a compilation of my blogs on motherhood with chapter titles such as "The Battle of the Diaper Rash." The second book is actually written by my husband, Andrew Butler, to accompany my CD and titled The Hymns Experience Devotional. And in 2009, I’m

planning on releasing a Christmas CD.

Where can readers learn more about your music and speaking engagements?

Joy in Sorrow: An Interview with Recording Artist and Speaker Jilleen 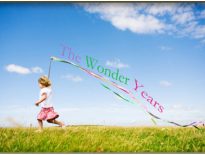 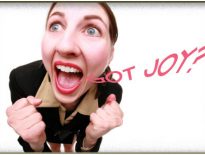