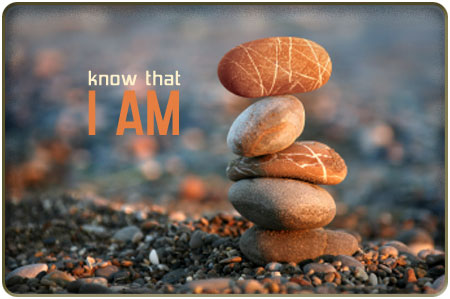 My husband was sleeping late after he’d returned at 7:00 a.m. from his second job. Breakfast was made, coffee was on, toddler fits were handled, and I was feeling pretty good.

The morning deteriorated swiftly, however, taking the day — and my self-assurance — out of my control.

Our toddler whined all morning, pitching tired fits over little things. The baby joined her insisting that we hold him, screaming angrily at us when we set him down. The unfinished housework that had been mounting during the week increased our tension as the day moved on.

We were tired, and on edge. We both had work to do, and we weren’t accomplishing anything.

My morning confidence gone, I clutched at my slipping sense of place. Who I was wasn’t working for me anymore. I looked at my husband, thinking, Yeah, we’re parents, aren’t we? There wasn’t room for us to be anything else. How did we get here?

Finally, Pete instigated a change of scenery and hustled us out of the house.

At the end of our patience, we stuffed the kids into their seats, climbed into the car, and looked at each other. I saw my own frustration reflected in his eyes as he slammed the sunroof open and put the car into gear.

He accelerated, and I threw my hands up out the sunroof and hollered. He joined me, both hands up, gunning the engine to the end of our street, stealing five reckless seconds to be ourselves.

“Ourselves” was something I’d been missing a lot lately.

Pete had recently taken a second job to help cover my rising health expenses. He was working nights now, grabbing his sleep where he could before going to work at his regular office job during the day.

We were in the midst of some major life adjustments, and I wasn’t handling it well.

Because I am chronically ill, I have to build my life carefully to maximize functionality, and even small schedule adjustments can have a dramatic effect on my ability to be myself. Change is hard for anybody, but change for someone who is chronically ill can be excruciating as transition in childbirth.

Both my birth transitions were intense. I began both labors thinking I knew who I was and what I was up against, and both times transition derailed my confidence.

The transition with my second birth especially confused and frightened me. After two weeks of frustrating prodromal labor, I was hoping — but uncertain — that God would make an appearance as I approached transition. I determined to stay in control of my body and my emotions. I thought I knew what was coming after my first birth experience, but as the pain intensified, I lost control and landed on the floor screaming for Him to please just make it stop.

On the other side of transition, there was more pain waiting for me — pain and new health issues that required three doctor visits per week. Things really began to fall apart as my husband took on the second job. My carefully constructed lifestyle was subjected to a massive overhaul.

That still-fresh transition insanity seeped into my days, with all the wild emotion and confusion that came with it. For all my determination to keep my world under control, I was coming almost daily to the end of myself, crying out to God, “I just can’t take it anymore! Where are You?”

I’d stopped believing He was coming, and I blamed Him for not being the God I thought I needed.

The CD player in the car was on, and hot tears stung the corners of my vision at the lyrics that intruded on my consciousness.

“Yesterday, today, and forever, You are the same, You never change.

Yesterday, today, and forever, You are faithful, and we will trust in You.”

There He was, the God I didn’t think was there for me.

In my exhausted frustration, I didn’t know who I would be from one minute to the next. I would be calm and controlled in one moment; in the next, I’d be so angry I had to leave the room.

Too many days started out good and spun into disaster before I fell into bed at night. Why couldn’t I be what I wanted to be all day, just once?

Isn’t it nice, I thought sarcastically, that God is always the same?

He is I AM. The sentence reverberated loud off my heart walls, crumbling my defenses. I was suddenly still, humbled.

In a world where the gods you served were defined by what your needs were, He set Himself apart from other, definable gods so His people would know He was, no matter the shape of their circumstances. There was no god stronger or better or higher or different, no facet of Himself that would not be enough for them where they were.

I imagine Israel must have felt pretty good about being free from Egypt until the realities of their new life set in.

They’d wanted a God to deliver them; now they wanted a God who’d give them what they wanted. They doubted that He’d come through for them, just as I did, and they blamed Him good.

Their journey, begun in victory, deteriorated into a desert walk that lasted 40 years because of their doubt. And a people who thought they knew who they were found out they didn’t know anything at all except God who led them every day by a pillar of cloud and camped every night over them in a pillar of fire.

Beloved, now we are children of God; and it has not yet been revealed what we shall be, but we know that when He is revealed, we shall be like Him, for we shall see Him as He is. (1 John 3:2)

Since my health collapsed in the fall of 2001, I’ve had to arrange and rearrange my world and my identity around my circumstances to accommodate my changing needs. The only solid thing in my life has been the reality of God’s I AM.

As His child, I am meant to become one with I AM through Jesus Christ. His being is my true identity: I am the righteousness of God in Christ Jesus (2 Corinthians 5:21). If I am God’s, my identity is not mine to choose or hold or control.

On every page of the Bible, the faces come and go. The people are people; the circumstances that they encounter are varied. But on every page, God is the same God, and if I am still instead of striving, I find Him to be that same God in my own crazy life today.

Sitting humbled in the car, I realized that my changing existence hadn’t changed His, and He is still good today as I found Him yesterday.

I can be a wife, a good mom, a woman who has it all together. I can have a husband with two jobs, or lose it with my two squalling kids. My identity isn’t dependent on my ability to arrange my circumstances to accommodate me.

God is the only thing about me that cannot change; everything else must change as I become more like Him. On my best days and my worst days, wherever I am, I only find myself in Him.

Spread the love
Related Topics:Kelly Sauer
Up Next

Know that I Am 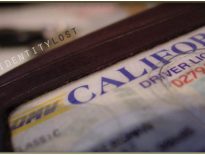 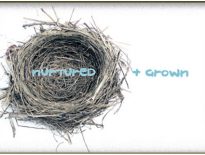