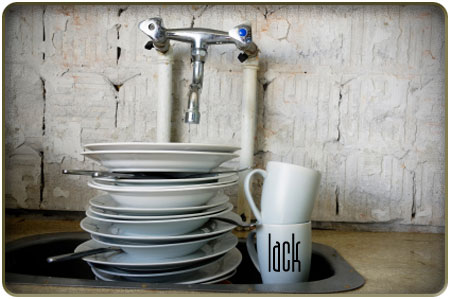 I grab a roll of paper towels and some Lysol cleaning product and get to work. I try to disinfect the soiled area. I would rather just sit down and cry. I can feel the self-pity welling up in my heart.

Why do I do this? I think to myself. Why do I even bother trying to clean? It’s only going to get messy again.

I laugh when I remember people’s adamant promises, “It will get better.”

Seven years ago, when I was pregnant with my first child, my pregnant sister died in a car accident. Someone told me, “Things were going to get better.” After the birth of my daughter, Libby, I suffered severe post-partum depression.

My first two children were less than 16 months apart. My son Samuel was on oxygen his first 6 months of life. I was once again told, “It will get better.” My third pregnancy I found out I was having twins. I had four children in three years. “No, really, it has to get better,” my friends would desperately tell me.

Thankfully, lately I have heard silence on that front. No one has promised me it’s going to better. No one was terribly shocked when Michael, the youngest of the twins, was diagnosed with cerebral palsy. In fact, when I was pregnant with my fifth child, and we discovered that Samuel had cancer, I think people had become so accustomed to our bizarre life that they didn’t even bat an eye.

OK, maybe it’s a little bit exaggerated, people aren’t heartless — they’ve just gotten more aware that maybe things aren’t going to just “get better.” I have five children and my oldest is barely six. I have two children on feeding tubes. I have four children in diapers. Needless to say my house doesn’t look like Martha Stewart’s.

A good day for me is when my kids are fed, dressed, and they have received the medicines they need. Did I mention three of my kids have asthma? Samuel has a course of therapy of chemo for a year. He’s also in the middle of being given radiation. Days are long, crazy, draining, and emotional.

So many days I wish I could just quit.

The Lord is excited that I’m giving up? What?

No, that’s not it. It’s that I think He’s excited that I’m realizing I’m not able — but He is! When I am doing what is needed I will know that it is Him doing it. It is His work in me. I am not able to do it — true! But He in me is able! He will sustain. He will help me to endure. He will make it possible for me to continue on. I feel like I’m struggling and lacking — He is carrying me in the midst.

He desires for me to recognize my lack.

2 Corinthians 12:9 says, “But he said to me, ‘My grace is sufficient for you, for my power is made perfect in weakness.’ Therefore I will boast all the more gladly of my weaknesses, so that the power of Christ may rest upon me.”

God is being glorified in my weakness because it is reflecting to myself and to others that He is the One who is strong and powerful. It is God who is doing this good and amazing work!

Hebrews 12: 1-3 also reminds me that Christ has endured. His example helps me to hang on in the midst of trials:

Therefore, since we are surrounded by so great a cloud of witnesses, let us also lay aside every weight, and sin which clings so closely, and let us run with endurance the race that is set before us, looking to Jesus, the founder and perfecter of our faith, who for the joy that was set before Him endured the cross, despising the shame, and is seated at the right hand of the throne of God. Consider Him who endured from sinners such hostility against himself, so that you may not grow weary or fainthearted.

What a reminder. I share suffering with Christ! The same spirit that rested upon Christ to empower Him for His earthly ministry is also empowering me for the work that He has for me on earth. Whether taking my son to get chemo or changing the twelfth diaper of the day I can endure.

My life is difficult. I still struggle. But I know I am not alone and I know that it is Him in me that will get me through this and sustain me. I cling to His promises and I wipe up the next mess knowing that He endured and so will I. His grace is sufficient.

email
Related Topics:Jennifer Napier
Up Next 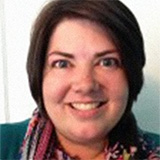 Jennifer Napier is a new resident of Norfolk, VA where she and her husband are part of growing a new church. Her recent decision to throw all caution to the wind and jump into home schooling all five of her precocious but precious children has left many alternately applauding her bravery and questioning her sanity. She is an avid reader and writer and enjoys long soaks in the tub and sweet iced tea. She can often be found with her children at the zoo, a thrift store or in a doctors office as she manages the special needs of her kids. Though a Christian since she was five Jennifer has continued to grow in a deeper understanding of God’s grace and love. She continues to proclaim God’s faithfulness in the midst of many years of trial, suffering, loss and grief. Her primary goal in life is to know God and make Him known. You can follow her adventures and thoughts on God, life, and motherhood at her blog, Musings by Jennifer 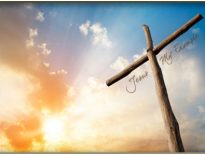 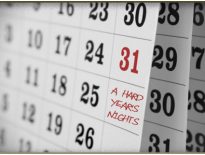