The other night my husband and I reminisced about some of life’s most embarrassing moments. Well, maybe I was doing most of the reminiscing. I had plenty of material to work with.

I told him about the time we went to visit our cousins in Virginia. I was twelve or thirteen and decided to spend the night with a family member who happened to live a block down from the relative with whom we were already staying. The next morning, I got up to get dressed and could not for the life of me find my — shall we say, undergarments — in my meager bag of crap.

I was frantic. I came out of my cousin’s room to find my aunt hiding a gentle smile. “Did yew happen ta looze a bra?” Mortified and confused, I just nodded. “Waayyyell,” she drawled. “Wheely drug it in this mornin.'”

I just stood there. I couldn’t figure out who or what “Wheely” was. Then it dawned on me. It was Willy. The dog.

I wanted to die. Not just because I was admitting that (a) I’d joined the ranks of the bra-wearing, a subject still uncomfortable for any tween, but (b) I’ have to wear one marked with Willy’s saliva and toothmarks.

Apparently, I had dropped the aforementioned undergarment on the road during my walk from one cousin’s house to another. My oversight and Willy’s errand of mercy still makes me laugh to this day.

Then there was the time when I grew up, got a real job and thought I’d graduated to non-awkward maturity.

I was managing the public relations operations for a division of a large non-profit ministry (by the way, I can’t tell you how many times I sent off an e-mail and left out the “l” in the first word in public relations. Yikes!). For weeks, I’d worked with our team to publicize the launch of a brand new web site aimed at helping men struggling with pornography. A weighty project, no doubt, and one that had many different communications components.

The day of its launch came and I fired off the press release. I expected phone calls from several major national and international journalists to come in as normal, but we only got a few calls. By mid-afternoon, I was perplexed.

Finally, I got a call from a journalist. “Hey, you might want to check that number,” he said. “Apparently, it goes to a mental institution.”

After scrutinizing almost every detail of the press release and having it proofed by at least two people, I’d managed to transpose two numbers that went to my cell phone. Members of the press were calling a state psychiatric hospital asking for me by name. To which their staff would reply, “Is she a ward of the state?”

Embarrassment and humor haven’t escaped my journey in motherhood either. I can barely keep up with the opportunities for both.

Last year, I enrolled my oldest three in a homeschool program to supplement some of our curriculum. Actually, it was a sanity prevention move to get us out of the house. While they were in an hour-long class, I desperately tried to keep my 3-year old and 18-month old busy. In retrospect, it just added to my insanity.

One day we arrived breathless and late to class. It was rainy. I forgot an umbrella. My littlest was hungry. I forgot the snacks and the sippy cup. Then, I discovered my son’s shoes were on the wrong feet. I also noticed his pants were on backwards. Sweet.

Some mother walked by and said as if her observation was a super helpful contribution to my day, “Did you know his pants were on backwards?” I so wanted to throttle her. I smiled and made a joke.

Five minutes later, my 3-year old wanted something and whatever it was, I told him “no.” He responded by throwing a fit, stomping off, finding another table and turning his back towards me.

Unfortunately, his backside was facing the corridor where all other homeschooling mothers and children walked through. I knew his pants were on backwards. I did not know his fly was down. Nor did I know his underwear was sagging. Both his pouting lip and butt crack were exposed to every Tom, Dick, and Harry in that place.

I had to laugh even if no one else did.

Chuck Swindoll said, “Laughter is the most beautiful therapy God ever granted humanity.” How true. It is also a great way to embrace my humanity and that of my children.

We are not perfect and never will be this side of heaven. So amid the shoe reversing, squabble settling, lesson teaching and grey hair finding of the day, I pray to embrace our flaws with a good hearty chuckle.

I Will Not Relent

Laugh With Me … Or At Me 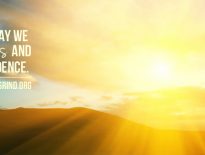 Articles I Will Not Relent 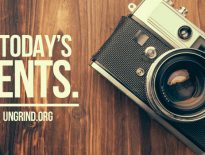