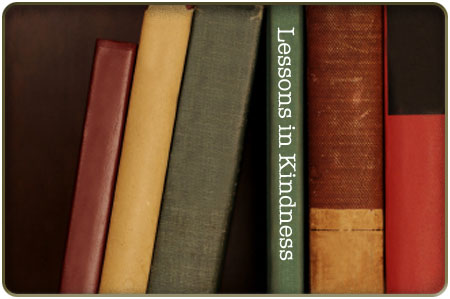 I wouldn’t have thought it at times, nor could anyone probably have convinced me in various situations, but some of the best lessons I’ve learned about kindness have come through experiences with unkind people.

I think every bride hopes she will have a great relationship with her new in-laws, but like me, it doesn’t always happen. As a young wife, I had hoped for encouragement and reassurance, but was met with criticism, scolding, and disapproval. I couldn’t understand why my new "family" wasn’t trying to build us up as a couple, rather than causing division through their unkind words and actions.

These experiences have taught me what kind of in-law I want to be and how God can cause "all things to work together for good to those who love God, to those who are called according to His purposes" (Romans 8:28, NAS). When my daughters marry, their spouses don’t have to try and win my approval. It’s guaranteed when they join the family. I want to be an in-law who works at not causing division and purposefully looks for ways to build up and support my daughters’ husbands and relationships.

During graduate school, almost every student had to take a required course from a professor who was considered extremely unkind in his comments on assignments. As a result, some people dropped out or changed schools. But I was determined to get my degree and had to find a way to get through it, and cope with whatever feedback came my way.

Although it wasn’t much fun, James 1:2.3 encourages us to, "Consider it all joy … when you encounter various trials, know that the testing of your faith produces endurance" (NIV). I stuck with the class, ended up having a good relationship with the professor, and did well in his class. His unkind remarks not only helped to teach me endurance, but also gave me an opportunity to grow in grace and learn how not to respond when in a position to critique another person’s efforts.

A supervisor at one of my jobs was going through some personal crisis. Unfortunately, she was under so much stress that she would take out her frustrations at whoever was nearby. It was impossible to figure out what might set her off. Everyone had to tiptoe around her. But it didn’t matter, because the pressure from her situation would eventually rise and she would lash out in a variety of unpredictable responses.

I can’t remember how many times I wanted to quit. However, looking back, I learned valuable lessons, like emotions are real and not to be trusted or acted on without serious considerations. Seeing how my supervisor’s emotions prompted her to be unkind, has kept me in prayer over my own sometimes roller coaster emotions. No matter what’s going on inside, or coming at me from the outside, I don’t want to let emotions overthrow my desire to give godly responses, reactions, and actions. I need to depend upon the Holy Spirit’s help in dealing with emotions and to keep them under check.

I also realized that she was in a battle herself. Her outbursts were not really directed at me or personal. Scripture says our "struggle is not against flesh and blood, but … against the powers, against the world forces of this darkness, against spiritual forces of wickedness in the heavenly places" (Ephesians 6:12, NAS). Realizing this helped me to pray for her, not be offended by her unkind actions, and respond with kindness. My experiences with her continue to help me when encountering unkind people in a variety of situations (grocery store, work, even church) to not take their unkindness personally, but to respond in love.

Once I accepted a job position where everyone seemed to be mean-spirited. To say the least, it was a difficult situation. I really didn’t want to continue working in this type of environment, but we lived in an area where jobs were hard to find and I thought we really needed the extra income.

On one particular busy evening at work, I asked a co-worker a question and she responded with, "Don’t bother me. You’re wasting my time!"

Her response hit right at the core of my belief as a Christian, that each person is created in the image of God, valued enough for Jesus to give His life to save them. Although I hated what she said, it caused me to examine myself. Not that I would ever directly say it to someone like she did, but had I ever thought what I was doing was so important that interruptions from others would waste my time? Or, had I showed this attitude to people indirectly through my reactions?

Romans 12:16 instructs me to, "Be of the same mind toward one another; do not be haughty in mind, but associate with the lowly. Do not be wise in your own estimation." Her unkind reply has helped to keep my heart in check in how I respond.

Over the years I’ve been learning that if God allows someone unkind in my life, He has a plan. Now, instead of resistance, I ask myself, "What lesson does God want to teach me through this person’s unkindness?" 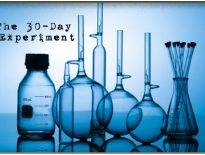 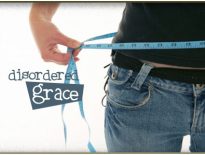